The International 2019: Revisit Biggest Dota 2 Event of the Year 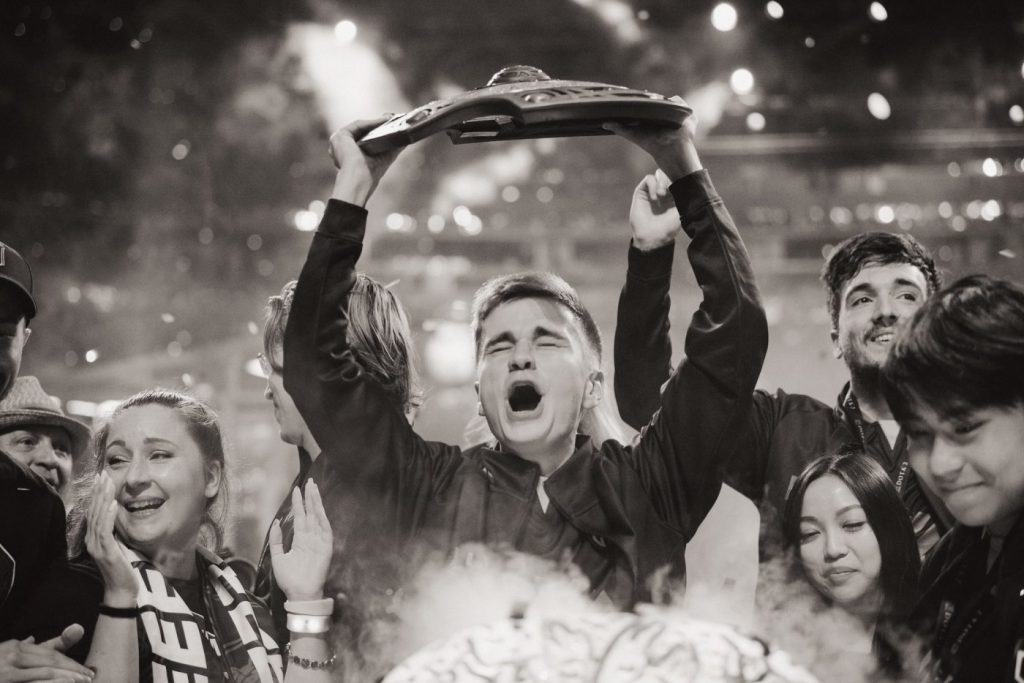 The International 2019 was a wild ride with some incredible and innovative Dota 2. (Image from Valve)

OG’s win was record-setting. Not only did they take home an incredible $15,614,112 in prize money, but they won The International for the second time. It’s the first time this feat has ever been achieved, and OG did it back-to-back.

Stretching from August 15-25, The International 2019 was a marathon not just for the players, but for fans as well. If you couldn’t watch it all, we have you covered with daily coverage of the group stages and main stage. But first, you should get a sense of the flavor of The International this year!

An Event with Style

The International has a style all its own. Valve runs the event without sponsorship or advertising of any kind. It also doesn’t use waiting screens. This means there was content from the moment the event started each day until the panel following the last match of the day. Some of it was pre-produced, including skits and interviews, and some of it was live, in the form of different panels or Kaci Aitchison and Jake “SirActionSlacks” Kanner interacting with the fans.

You can re-watch all the pre-produced pieces on the official Dota 2 YouTube playlists for entertainment content and interviews. We’ve picked out a few highlights for you here:

There were a pair of Dust of Appearance videos, one featuring Evil Geniuses (as linked above) and another featuring Vici Gaming. Any opportunity to see the professional teams taking things less seriously is welcome. Plus the Evil Geniuses’ video contains a Canada reference, and that’s something we can always support.

At the International 2018, we had the pleasure of learning more about South American Dota. This year, The International 2019 took us to Australia. Slacks teamed up with Steph “Anuxi” Everett, a popular Steam Workshop artist, to learn more about the Australian Dota scene. The overall sense is that it’s small, but spirited. And since it gave us Anathan “ana” Pham, OG’s winning carry player, it’s beyond time for the area of the Southeast Asia region to get some love.

Our last selection featured the Old Boys, a group of Chinese Dota 2 players.

If you wondered why there weren’t any previous-TI-winning Chinese Dota 2 players competing at The International 2019, this video might explain it. A star-studded group of ten Dota 2 (former) professional players, commentators, and now streamers, these players represent the legacy of Dota 2 in China. They’re more like family at this point, than simply teammates or co-workers, and the short documentary provides some insight into their world.

Of course, these are only a few choice pieces. There’s plenty more! Check out the whole playlist, which includes the two new hero introductions, Void Spirit and Snapfire. These videos helped filled the gaps between games during the event, giving fans something to watch if they weren’t running for snacks or taking a bathroom break during the downtime.

Now that you’re caught up on the fluffy, fun part of TI, let’s get down to it: the competition.

The event started with four days of group stage games. With the teams split into two groups of nine teams each, playing two-game series Round Robins, there was more Dota 2 than any one person could keep up with (I tried, I swear). Check out all the links below for our coverage as we walk you backed

Heading back to day one, Vici Gaming and Team Secret were looking especially hot. But, not everyone could be a winner, and we saw some reasons for concern, especially when the first day started with a long delay.

On day two, we had some serious surprises. None were bigger than OG debuting the Io as a carry.

Chaos Esports Club are the first team to be eliminated from The International 2019. #TI9 pic.twitter.com/RWftyb4slT

By day three, Chaos Esports Club was already eliminated (too soon!)  There were some striking hero picks, including that carry Io, which looked unbeatable.

Though there was a moment when we could have had several tiebreaker games, the teams in both Group A and Group B ended up settling in the standings without any ties. Ninjas in Pyjamas was the second victim of the group stage.

There was a day off between the group stage and the main event. And then we were right back to it.

After a stunning opening ceremony, we launched into the first upper bracket matches. The Chinese teams did well, setting up an all-China upper bracket semifinal the next day. We also had all four of the best-of-one elimination matches. There’s plenty of debate around whether these matches are a positive or not; ultimately, four teams including Fnatic, Alliance, Keen Gaming and Natus Vincere were eliminated.

Virtus Pro fall 2-0 to Royal Never Give Up, ending their tournament hopes in shocking fashion. Now they can only watch as others continue the fight. #TI9 pic.twitter.com/3ue2mihXEE

The next day, we started with another pair of upper bracket quarterfinals, which saw OG and Evil Geniuses advance to the semifinals and set up an epic rematch of the semifinals at The International 2018. TNC Predator and Virtus.pro were knocked out.

Newbee, the North American team who were picked up by the Chinese organization, and Mineski were knocked out in the first two series on the third day of the main stage. Then it was time to watch OG triumph over EG, and PSG.LGD knock Vici Gaming down to the lower bracket.

Three eliminations were next on tap. A full day of lower bracket series was hard to watch, unless you were a Team Liquid fan as they won both of their match-ups. Royal Never Give Up, Infamous Gaming and Evil Geniuses were all done with the event.

OG’s impressive run to the grand finals continued as they beat PSG.LGD in the rematch of The International 2018’s upper bracket finals. In the lower bracket, two more teams fell on the tournament’s penultimate day: Vici Gaming and Team Secret.

Before we talk about the grand finals, let’s take a quick pause to revisit the other major announcement at The International 2019: the location of The International 2020. While there was much speculation about whether TI would be headed back to North America, Europe proved to be too alluring. In 2020, Stockholm, Sweden will play host to the tenth iteration of the biggest Dota 2 event of the year.

The Grand Finals were a match-up between Team Liquid and OG. Liquid won TI7, OG won TI8. Who would be crowned as the first two-time winners? OG proved to be the stronger team, despite dropping game one. They took the next three games in record time.

The International 2019 was a whirlwind. There were plenty of amazing moments, and we have a few days now to relive them before the next Dota 2 Pro Circuit season begins. Let us know on Twitter what your favorite moments of TI9 were!