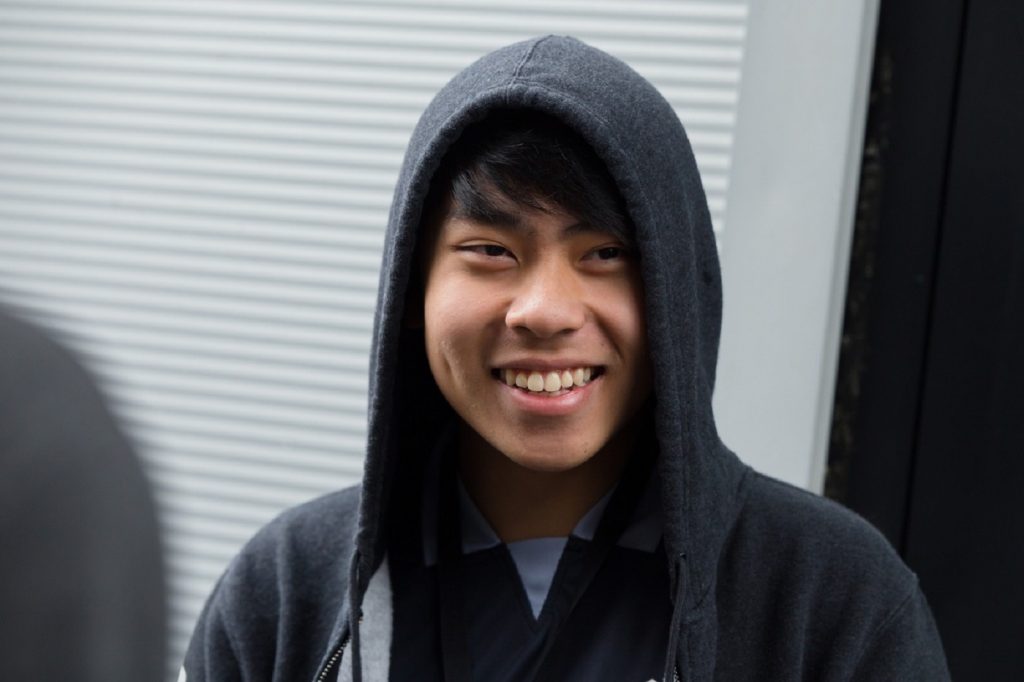 OG picked up a surprising 2-0 against rivals EG on TI9 day two. (Image via EPICENTER)

Day two of The International 2019 was filled with surprises, from Evil Geniuses trying to prevent a freefall to PSG.LGD struggling to handle the second tier of North American Dota 2 teams. Here are just a few of the more thrilling and sometimes shocking games from TI9 day two:

EG and OG have a long and bitter rivalry. At last year’s TI, there was a private war between these two teams that was one of the highlights of the tournament. The teams famously traded players ahead of TI8, with Gustav “s4” Magnusson and Tal “Fly” Aizik having swapped from OG to EG. And as these teams clashed during TI9’s group stage this year, it was expected to be a far more competitive affair than it eventually was.

We're all stressed when seeing @anadota99 's health melt. And then the Cheese!

In game two, EG placed plenty of wards early to protect SumaiL. However, Topias “Topson” Taavitsainen’s Pugna pick proved too much to handle in lane. The unusual hero selection clearly threw EG, who didn’t have an answer after the 20-minute mark. OG, it seems, had picked the perfect team to play from behind with. After a back-and forth-match, EG found themselves unable to hold up to the siege, dropping game two, and the series with it.

Newbee has been punching above its weight this tournament so far, defeating Team Liquid and putting on a competitive showing versus Team Secret. Meanwhile, LGD has somewhat underperformed. Despite their impressive record, they’ve struggled to put away teams like Keen Gaming and TNC Predator.

Against Newbee, LGD found themselves tri-laning in the top. But an overextension by their opponents put the Chinese team in the lead. Across the map, both sides secured solo kills, showing that on an individual skill level, these teams were relatively evenly matched. However, LGD’s map play proved to be too much, as they secured kills quickly without expending cooldowns, and secured a win against Newbee.

After a similar draft from Newbee, the NA team started much stronger in the second game. This time, the map pressure from LGD wasn’t able to put away their opponents. As a result, Newbee clung on. Despite trailing in gold and kill lead for almost the entire match, the team was able to rally behind Jingjun “Sneyking” Wu and his Ogre Magi to come back and defeat LGD in a huge upset draw.

Virtus.pro have seen their stock in this tournament slowly decline, but after this series, they’re surely heading into a free fall. Na’ vi, on the other hand, has come off a disappointing two-draw first day to perform far beyond expectations.

In game one, there was simply no answer for Vladislav “Crystallize” Krystanek’s Sven. The carry was unphased as the rest of his team was subjected to team fight after team fight. Each time VP seemed to grab a victory,  Sven or Idan “MagicaL” Vardanian’s Razor appeared to clean things up. After 30 minutes, it was clear that nothing was going to stop Na’ vi. A final team fight and siege put VP to bed.

As game two began, Virtus.pro wasn’t about to let their CIS rivals push them around again. Roman “RAMZES666” Kushnarev attempted to put the team on his back, amassing a considerable amount of farm on his Weaver. But once again Na’ vi’s Crystallize was able to wreak havoc on his opponents, this time on Bloodseeker. Complimented again with a mid lane Razor, Na’vi were able to secure the win with an almost identical draft to the first game. Following this surprise loss, VP will be desperate to avoid the lower bracket. Meanwhile, with few more victories, Na’ vi could be headed to upper bracket!

Anyone can beat anyone. That's why this year TI's going to be bloody amazing. #TI9

With strong performances against top teams throughout the tournament so far, Alliance seemed likely to be on equal footing with Keen Gaming in this matchup. Keen has struggled to post wins against top teams, while Alliance has pushed the same opponents to their limits.

What followed was a knockout blow to the Chinese side. Alliance executed perfectly on a pair of Morphling/Crystal Maiden drafts, which saw Aydin “iNSaNiA” Sarkohi and Michael “miCKe” Vu connect for kill after kill. Although both of these games ran long, it never felt like Alliance wasn’t in control. Their style of play has been methodical and throughout, and this series was a perfect example of it.

The real surprise was the lack of answers from Keen. The fast-paced squad just couldn’t break through. Even though they were able to engage, win fights, and take objectives, the team never seemed able to break free of Alliance’s strategy. Keen’s ultimate defeat was another sign that their frenetic style isn’t going to be enough to secure wins at TI9.

You can see the current standings in our tables below. Be sure to check out all the group stage action for day three on Twitch and visit Hotspawn again for more coverage of all things The International 2019.