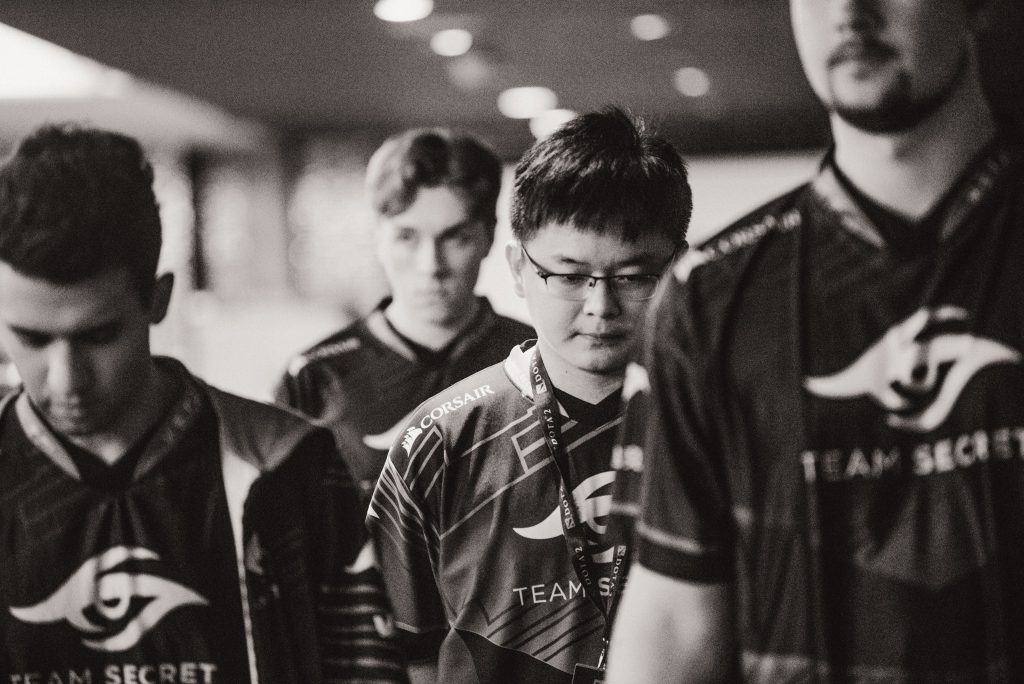 Team Secret looked like they had returned to their DPC form with their performance versus Vici Gaming at TI9. (Image via Valve)

The penultimate day of The International 2019 has arrived, and with it, another pair of eliminations, as the teams are whittled down from five to three. To kick off the day, Vici Gaming faced Team Secret. It was both teams’ chance for redemption after shaky starts at TI9. The winner faced Team Liquid, an organization that has gone undefeated in the lower bracket.

Team Secret, led by the veteran Clement “Puppey” Ivanov, has finally returned to form. Against the hometown Chinese team Vici Gaming, with a very vocal crowd rooting against them, Secret put on a show for the ages, stomping their opponents in under 45 minutes.

In a previous interview, Puppey said to win TI “something magical needed to happen.” Here that magic was simple: pick Io carry, just like OG. With Michał “Nisha” Jankowski on the Wisp, along with a high tempo Gyro, Secret was prepped to win hard. To counter this, Vici picked up Lion, Tidehunter and Earth Spirit. Strong heroes, but not strong enough.

After early scraps in the tri lane, and a series of even looking fights, the Io leaped ahead. The farm seemed to snowball in an instant, and Secret felt a considerable momentum shift, pushing into Vici’s base and ending the game.

Hopefully we did it right @OGesports

For game two, Vici banned Io and picked up a hyper carry of their own in Alchemist. But the team looked shaken. As Secret picked up their offlaner in Windranger, Vici ran out of options to slow down the scaling.

Despite fielding a composition with strong core heroes, and performing overall better rotations, Vici couldn’t compete with Secret farming stacked jungle camps with fantastic efficiency. In short order, every teamfight was a loss for Vici, even if they managed to trade the occasional kill. The Blink, Avalanche, Toss combo on Secret’s Tiny seemed to grab a kill every time, and after 16 minutes, there was constant siege on Vici’s base. The team broke just five minutes later, signaling the end of their TI run.

This was a thrashing by Secret, and the lesson to be learned seemed simple: ban Io. In some ways, Vici played well, with solid map movement, and good engagements. But Team Secret was in their best form of the tournament. This is the Secret we remembered from the Dota Pro Circuit, where the team dominated all season and were unquestionably the best team playing the game.

Vici Gaming headed home in fifth-sixth place, with at least US$1,192,117 in prize money.

With their stunning performance earlier in the day, it seemed only natural that Team Secret would advance past Team Liquid, into the semifinals. And yet the unstoppable force of Team Liquid in the lower bracket of TI9 would prove a step too far.

In game one, Team Liquid left the Io, which had wrecked Vici Gaming, unbanned.  It looked like another sure thing for Secret.

Liquid, however, were prepared. Io’s insatiable power was shut down by an unlikely source: Aliwi “w33” Omar’s Meepo. The self-replicating super-carry slashed through Secret’s strategy, providing support map-wide and not allowing any snowball to occur. At the same time, the Leshrac and Earth Spirit combo bullied their lane, outplaying their opponents at every turn. Secret found themselves yielding at just 25-minutes.

Reeling from the loss, Team Secret seemed to have played their hand too early in the day. Substituting the Io for a Wraith King, and banning out the Meepo, Secret planned on giving Liquid a taste of their own medicine in game two. However, they found themselves facing an incredible versatile Team Liquid composition. With an Alchemist and Shadow Shaman to push endlessly, aided by Kunkka and Winter Wyvern, Liquid attempted to siege down their opponents quickly.

Amazingly though, in the face of this incredible pushing power, Team Secret held their high ground for over 35-minutes, with Liquid unable to take a tier three tower. Perhaps disheartened by their earlier loss, Secret started to get caught and die. At a crucial final fight in front of Roshan, the momentum back and forth between the teams, before ultimately empowering Liquid to run down mid and win.

It seems like everyone forgot to ban Alchemist today! @TeamLiquid have eliminated Secret from The International in a 2-0 sweep. Liquid will go on to face LGD in the Lower Bracket Finals tomorrow. Winner of that series will face OG in the Grand finals! #TI9 pic.twitter.com/kDrFmu9deo

With that, in a scene that’s become an all too familiar sight, Team Liquid once again eliminated Team Secret from TI. The players, no strangers to each other, having played on teams together for many years, hugged it out as they left the booths. Team Liquid now has one more obstacle to a TI final: PSG.LGD, while Secret heads home, tournament hopes dashed again.

To find out what happened in today’s TI9 upper bracket match, check out our coverage of OG versus PSG.LGD.