Two More Eliminations at The International 2019 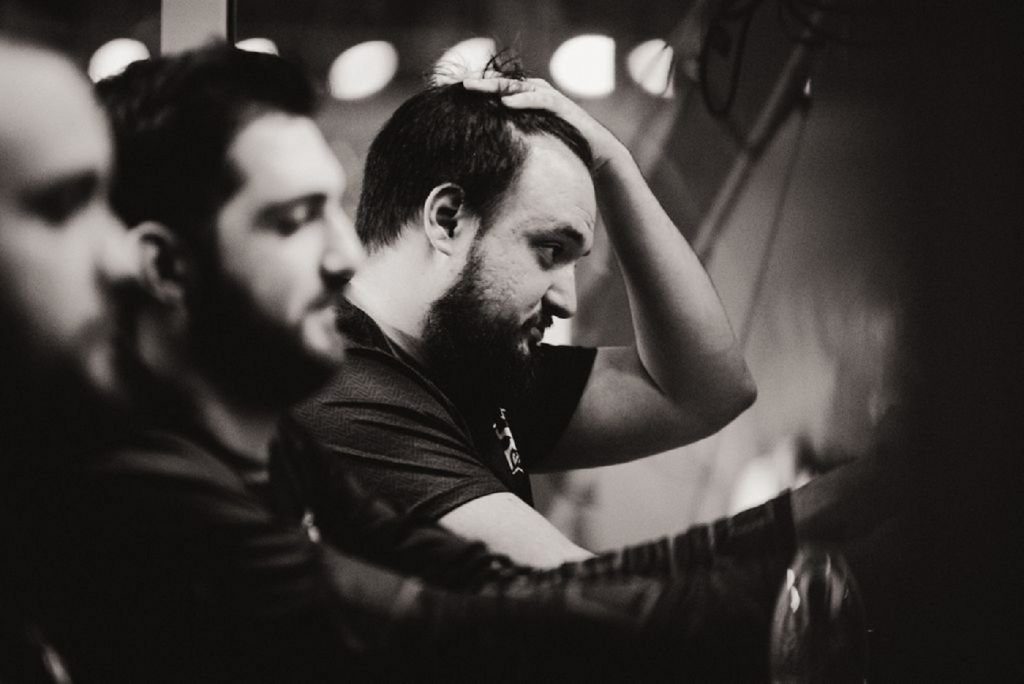 Despite their best efforts, Virtus.pro continued their habit of TI under-performance. They're eliminated from The International 2019. (Image via Valve)

The main event of The International 2019 entered the second day today, and with it came another pair of eliminations. Today, we bid farewell to CIS titans Virtus.pro and Southeast Asia legends TNC Predator, who both failed to stack up against their opponents in a pair of 0-2 defeats.

With a convincing 2-0 upset over Virtus Pro, Royal Never Give Up move on in the Lower Bracket to Round 3, where they will await the winner of TNC Predator vs Team Liquid. #TI9 pic.twitter.com/r580aNdR1U

The fact Virtus.pro underperforms at TI is becoming moot at this point. Early in the Dota Pro Circuit season, the team was dominant, and despite falling off later, still recorded a top-three finish at the final Major of the year. RNG, on the other hand, had consistently underperformed at during the regular season. Continually able to top the open qualifier stages of Major tournaments, RNG would fall in the regional qualifiers, unable to replicate success against top teams.

In this matchup, one team would have to break the mold and defy expectations. Sadly for VP, an organization that has seen so much TI disappointment in the past two years, it wouldn’t be them. RNG out-drafted and outplayed VP in a pair of games that showed how much the former had matured as a team.

In game one, VP’s draft focused on an all-in team fight with a Tidehunter and Enigma pick, with stacking area of effect damage to decimate their foes. Constant team fights have been very much the meta of the tournament, and teams that can’t turn fights around at crucial junctures have lost across the board so far. RNG, however, bucked the trend. An Alchemist and Shadow Demon, paired with an Abaddon to keep them alive, showed the team’s commitment to late game.

And it was RNG’s gamble that paid off. VP’s AOE heroes weren’t able to reach their peak, as Du “Monet” Peng’s Alchemist surged. And even though, thanks to their hero choice, VP was ready to trade kills, it wasn’t enough to prevent defeat.

Looking to learn from the mistakes of game one, in game two VP banned away the Alchemist and moved towards a late-game carry composition focused around Roman “RAMZES” Kushnarev’s Wraith King and Vladimir “No[o]ne” Minenko’s Gyrocopter. But RNG was confident in their ability to do more of the same, albeit on different heroes. With Alchemist banned, they picked the Faceless Void and Elder Titan, scaled slowly and carefully, and beat VP in straight fights.

With a convincing 2-0 upset over Virtus Pro, Royal Never Give Up move on in the Lower Bracket to Round 3, where they will await the winner of TNC Predator vs Team Liquid. #TI9 pic.twitter.com/r580aNdR1U

VP will be left to consider their options in the wake of another disappointing TI. The team has failed yet again to match the potential it’s shown in prior tournaments, and been defeated by a team that isn’t projected to make it much further in the competition. Hopefully, VP will rally, and be able to muster a more impressive run next season.

In our final elimination match of the day, TNC Predator faced Team Liquid in a group stage rematch. TNC had already handled Liquid in the group stages, bodying them 2-0, and they hoped to repeat that performance.

It almost looked as if the teams had been cribbing notes from Virtus versus RNG, as the teams mirrored the first picks of the previous series. Shadow Demon and Tidehunter are the first and fourth most played heroes of the tournament so far, and both hold win rates that sit around the 60% region. And both heroes were solid picks for TNC and TL respectively for similar reasons. For TNC, the Shadow Demon would provide the disruption and debuffing needed to prevent a snowball, while Tide Hunter gave TL the catch and muscle required to delay the game. At the end of the draft, we had a TNC team focused on scaling, and a late-game nuking comp from Liquid.

As the first match started, it seemed like TNC’s strategy would work as they surged ahead with an early lead. However, in one of the rare cases this tournament where waiting and farming worked out for a team, Liquid bounced back, as TNC fell into traps constant traps. After securing an Aegis and waiting until the best opportunity to push in for the win.

We can't get a good start as Team Liquid takes game 1. We will fight for tournament life after a short break.#StrongerTogether#SummonYourStrength pic.twitter.com/NYkWZR4DfU

For game two, Tide Hunter was swapped to TNC, and Shadow Demon to TL, as both teams attempted different strategies. However, it was the Anti-Mage, on the side of Liquid that proved the most effective pick. The super carry managed to disrupt the dramatic team fight power of TNC, wreaking havoc after farming up a storm. The brutal team fights were always costly, but the Anti-Mage was left standing at the end. And after 45-minute slog, TL found themselves victorious.

TNC had slowly developed a villain status in this tournament, being booed as they first entered the Mercedes Benz arena during the opening ceremony, and taking wins off of top Chinese teams, much to the ire of the home fans. Their defeat elicited plenty of cheers, and yet it’s a shame such a strong team is out so early, and a great example of the caliber of play at this year’s TI9.

Virtus.pro and TNC Predator go home in 9th-12th place, with at least US$674,000 each in prize money. Royal Never Give Up and Team Liquid advance in the lower bracket to meet each other on August 23 local time for their next elimination series.