Day One Winners, Losers of The International 2019 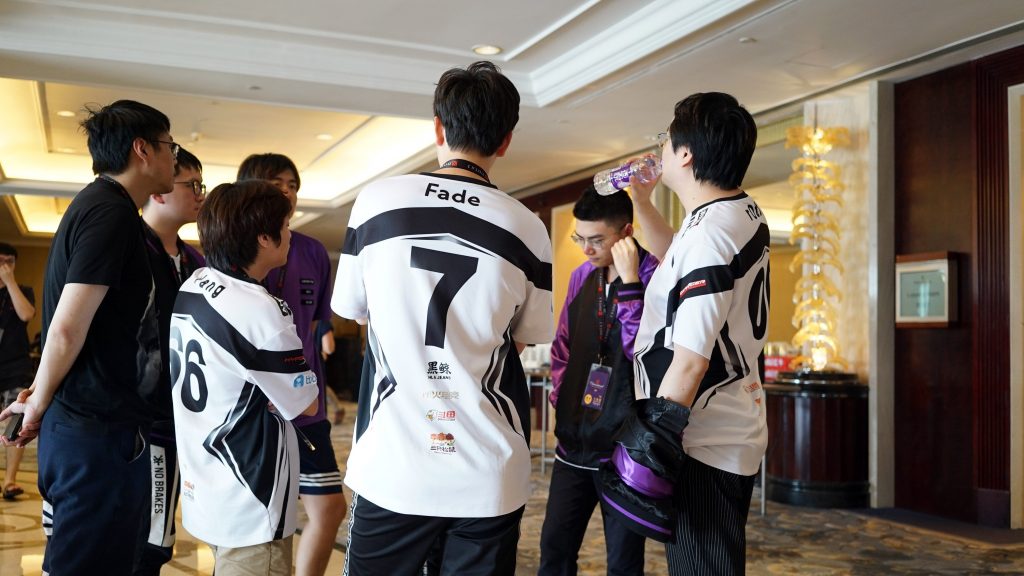 Vici Gaming and Team Secret are the only two Dota 2 teams with a perfect record on day one of TI9. Winners, certainly! (Image via Vici Gaming)

Twenty different two-game series were played on the first day of The International 2019’s group stage. With four series running at the same time, it was a challenge to follow all the action. We have our top picks for the winners and losers of the group stage day one.

Read Also: What We Learned from

Neil “Tsunami” Khandheria and Paul “Redeye” Chaloner kicked off the start of The International with an informative panel before the games started. While Redeye is likely more familiar to viewers, it was Tsunami who set the bar for facial hair. His oft-commented upon beard is, indeed, magnificent. So was his performance on day one of TI9.

Tsunami provided an enthusiastic foil to Redeye, as well as acting as the first guide for the multicast stream, which hopped between games to provide a broad sampling of the different series taking place over the course of the day.

The games started an hour late due to some technical difficulties in the hotel. Not the worst delay we’ve experienced at a Dota 2 tournament, by any means, but one that had people watching from non-local time zones wondering how many games they could watch before sleep claimed them….

For example, ongoing difficulties with lobbies saw the third set of games for one of the streams start at 3:45 a.m. EDT rather than the originally scheduled 2:00 a.m.. Still, some delays on day one can be expected. Hopefully, these wrinkles will be ironed out before day two commences.

Winners: Anyone with the Under on 8 minutes Before a Dendi Reference

What’s The International without fan-favorite Danil “Dendi” Ishutin? He’s casting this year on the Russian stream (just another reason to learn Russian!). Though his teams have failed to qualify for the last few TIs, Valve has always found ways to have him participate in the event. From joining the all-star game in a Pudge costume to showing Kaci Aitchison around Vancouver, Dendi’s always welcome.

It’s no surprise, then, that his name was raised so early in the broadcast. As a non-Russian speaker, I’m hoping there’ll be some cameo opportunity for Dendi on the English stream.

Tiny was picked up in 30% of the games played on day one of TI9. He was one of the top five picked heroes of the day. It was the first opportunity for these players to show off the new Tiny Prestige Item available via the Battlepass, while they also made use of Tiny’s skillset in-game.

Majesty of the Colossus — Tiny Prestige Item. Available now. Unlocks at Battle Level 255. Exclusive to The International 2019. Unlock before it ends.

However, Tiny’s current win rate at the event is a whopping 25%. Three of the 12 games he was picked in, his team won. The rest were lost. It’s certainly more complicated than putting the blame for the losses on Tiny, but that’s a strikingly low win rate for one of the top-five most picked heroes of the day! He was the only hero in that group with a win rate below 50%.

By comparison, Gyrocopter fans should rejoice! With 14 picks, the hero has a win rate of nearly 79%, which is 11 games won and three lost.

Lots of stats were thrown out on the first day of the group stage. Paul “Redeye” Chaloner opened the day with some of Team Liquid’s Kuro “KuroKy” Salehi Takhasomi’s records. Nahaz tweeted out different bits and bobs all day. And if you were watching Stream A, you had an opportunity to see various pop-ups with player pics offering up tidbits like damage done over a number of seconds in a team fight. There were also fancy dropdowns for hero damage breakdowns by type.

If you’re into crunching the numbers or enjoy having that specific information at hand, this TI is already shaping up to have the most accessible stats ever.

There’s something about TI that brings out the best in teams. It only makes sense: between the prestige of winning the Aegis and the huge prize pool on offer, TI is everything Dota 2 players compete for.

A Meepo double rampage for @w33haa and we take down CHAOS for our first win of #TI9!

Time for a short break and we will be back on the same channel for our final game of the day: https://t.co/pXc1bImgXp#LetsGoLiquid pic.twitter.com/d0AHSth2Vb

If you love competitive Dota 2, today was a promising introduction to the event. From zero-death support Invokers to four-man Chronospheres cast by Rubicks, the day was full of entertaining, exciting Dota.

The best news for fans is that there are three more days of group stages, followed by the main stage playoffs. With some upsets, some back-and-forth games and plenty of memorable, skilled plays, TI9 is already shaping up to be a great tournament!

Check out our recap of day one for all the standings for Group A and B at The International 2019.