Keen, Na’Vi Are Fifth and Sixth Teams Eliminated From TI9 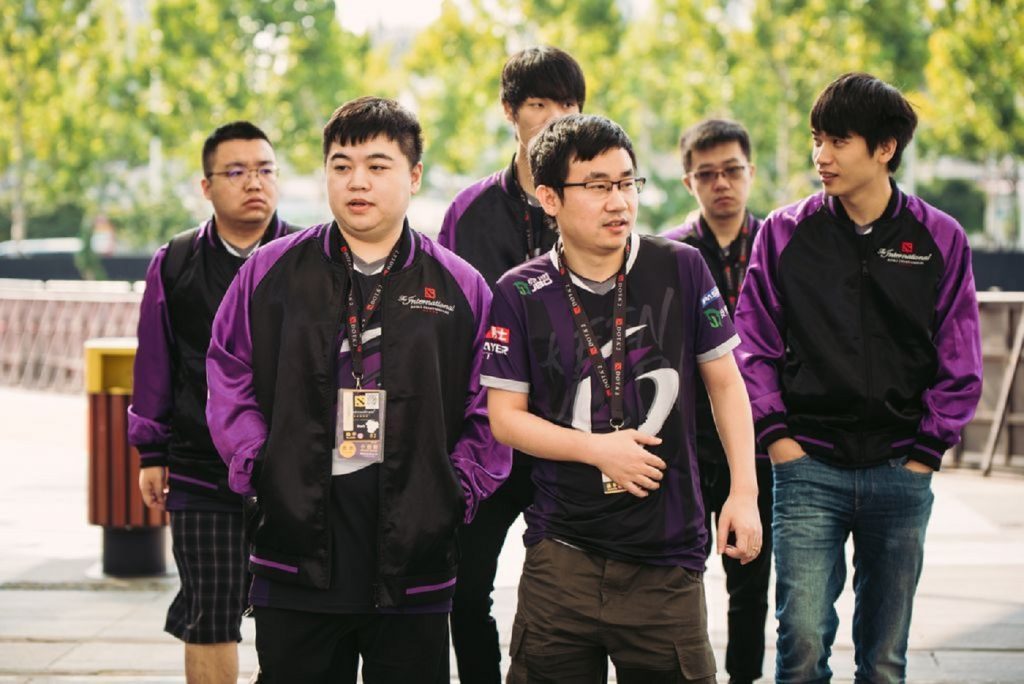 Keen Gaming are the first Chinese team eliminated from TI9. (Image via Valve)

The main event of The International 2019 is in full swing, and on day one of the main event, it’s already time for the best-of-ones. In these short but stressful matchups, the eliminations come fast and frequently. Everyone is competing for the relative security of best-of-threes, which start tomorrow. However, for now, Keen Gaming and Natus Vincere find themselves dropping out of TI9, having failed to rise to the challenge of these do-or-die games.

and Alliance at TI9

In our fifth series of the day, South American representatives Infamous faced off against hometown heroes Keen Gaming with their tournament lives on the line. Infamous had already defied many performance projections, having escaped the group stage, and now found themselves in position to head into the top 12 and beyond.

Keen, on the other hand, had by many metrics underperformed so far in the tournament. The team, which had secured the last direct invite to TI9 thanks to a host of low table tournament finishes had seemed binary in groups, either sweeping games or dramatically losing them.

Infamous is one of the most youthful teams at TI9, with a roster filled with young players. And yet their lack of experience didn’t show in their victorious push against Keen. During the draft, Infamous had drafted a blend of high-tempo heroes and comfort picks, effectively trying to match Keen at their own game. Meanwhile, Keen’s selection was more flexible, with heroes such as Kunkka, which could threaten both a mid or off lane matchup.

The final selections, which saw Infamous pick up a Templar Assassin and Batrider showed the Peruvian team was looking to fight. However their strategy was initially muted, as Jean Pierre “Chris Luck” Gonzales wasn’t able to deny the Kunkka’s farm in mid, and Infamous’ overall aggression was mitigated by Omniknight. But for Keen, the constant assaults eventually proved too much, and they were overwhelmed by a series of dramatic rotations.

A previously undisciplined Infamous was able to display incredible map control, to steal Roshan and to decimate with their overfed team. Keen concentrated too much on kills and failed to pick enough catch in their draft. As a result, the Chinese team found themselves eliminated.

Let's go Infamous! We just won a BO1 against Keen Gaming and survive an elimination match! Thanks to everyone watching us playing today, let's go for more! #Ti9 pic.twitter.com/Y9LeOCiCDV

Our final game of the day pitted CIS stalwarts Natus Vincere versus Southeast Asian titans Mineski. Both teams are protagonists in their own comeback stories, with the unprecedented return of Na’Vi to the top of Dota 2 competition, and the resurgence of Mineski as a significant name in the game.

But both squads also have untested elements, especially on Mineski, where Nikolay “Nikobaby” Nikolov would debut in his first ever Valve-sponsored event. To steady any potential nerves, the Bulgarian carry was gifted his trademark Wraith King, a comfort pick for him to perform on. Around this, Mineski drafted a wombo combo of area of effect and ranged nukes, relying on late-game domination for victory.

Na’Vi’s draft predicated on fully countering Mineski’s picks. The Lina met with the Sniper pick and the Warlock to disrupt any nukes. However, the counters fell off as the game went late. Neither team saw the urgency of trying to press for early buildings, instead they waited for their strength to build. And eventually, when mistakes started to happen, it looked like the counters had proved too much, as Mineski picked a bad fight, overcommitted, and couldn’t get on the Sniper.

But Mineski’s strategy, of comfort picks, hard farming, and late-game scaling proved too much. A series of questionable decisions, including bizarrely trading barracks, and allowing Mineski to free farm caused Na’Vi’s downfall. Against an overpowered, super-strong Mineksi lineup, the team couldn’t muster the performance, having missed the window of opportunity to win.

In Keen’s case, a weak draft with no catch sealed their fate. For Na’ vi, their selection was much stronger than their opponents, and yet they allowed Mineski to get to a point where a stronger draft wouldn’t matter. Both teams will be headed home, and our victors have secured top 12 positions.

Check back frequently with Hotspawn for all your The International 2019 coverage!