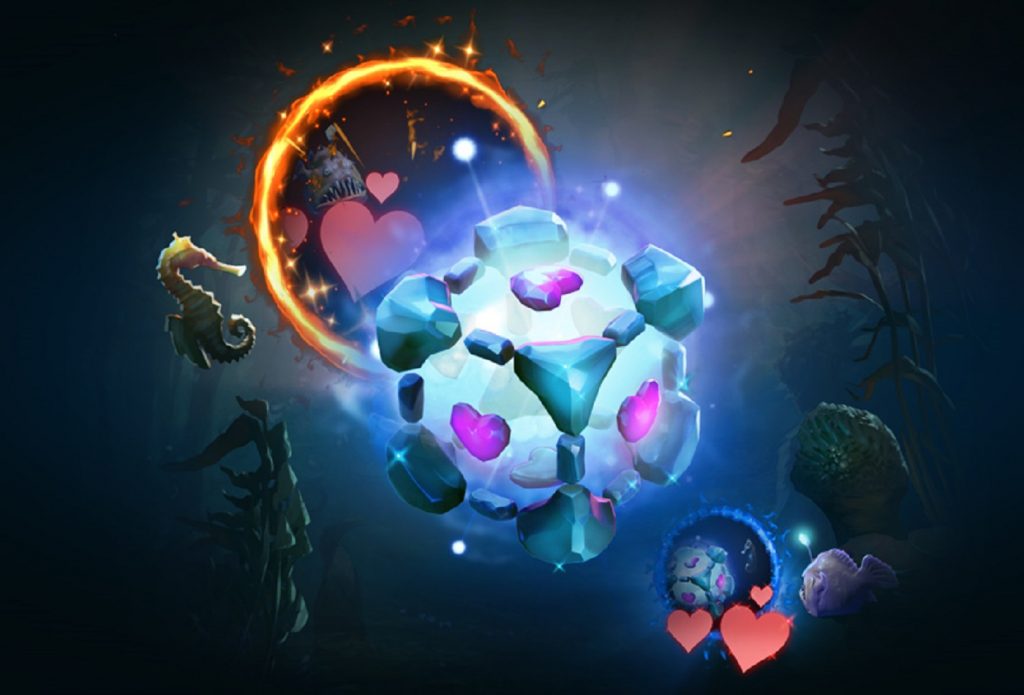 Non-traditional hero picks are one of the bonuses of experimentation during the TI9 group stage. (Image via Valve)

Every year at the International, we’re presented with interesting, albeit strange, drafts that closer reflect our own pub games than they do top-level Dota. In the first three days of the TI9 group stage, we’ve had two very peculiar hero drafts that had fans, casters, and fellow competitive players stumbling to find a reason for the picks.

The first pick was in OG’s series against Ninjas in Pyjamas when OG last picked Io and the second was in EG’s series against Infamous when they last picked Ancient Apparition (AA). In both instances, analysts were scrambling to find the drafter’s rationale for the picks. So why did two top tier teams chose stereotypical position 5 heroes as their carry and mid picks? And HOW did they actually pull it off?

In the first match of the series, OG had a fairly standard draft against NiP. They had drafted a Shadow Demon, Treant Protector, Axe and Windranger, leaving their last pick a mystery. Even the casters were confused about which lanes the heroes would go to BEFORE the Io pick, and it got even worse after the Io pick. Brian “BSJ” Canavan guessed that Axe or Tree would be the carry, discrediting the Io from the beginning. And the best part of the draft was after NiP picked Batrider last, all the players refused to select their heroes. It was a standoff as if they were each daring the others to select first.

Once Anathan “ana” Pham picked the Io, every fan collectively groaned knowing that their own pub games would be flooded with carry Iost – regardless of whether ana won or not.

It's not everyday you're witnessing a Io Ultra Kill#DreamOG pic.twitter.com/QbR74pXyFD

OG’s decision to pick the Io as the carry, or position 1, was confusing at first. It’s not instinctually a carry pick – it’s a very high risk, high reward pick. As BSJ said during the early laning phase of the game, the Io pick “has good potential to be a carry” but he requires good itemization. With ana, OG already had a player who knows how to farm and farm well, so it was just a matter of ensuring he was able to get the farm he needed to hit his item timings.

Ana farmed an Aghnim’s Scepter (AGHS) in 18 minutes, a Heart of Tarrasque in 32 minutes, and a Maelstrom in 36 minutes.  But besides good farm, what propelled ana’s Io to a fearsome kills/deaths/assists score line of  11/5/16?

Io recently had its level 15  talent skill buffed, a change that OG wanted to capitalize on. At level 15, Io can choose a +75 Spirit Hero Damage or +8 Health Regen. The reason this is significant is that it essentially doubles Io’s Spirit damage from 80 to 155. The five spirits that circle Io can potentially deal up to 775 damage to a hero, which is a good amount of damage. Now add in the fact that Io’s AGHS upgrade that sees spirits passively spawning around Io every second means that Io has an almost constant amount of damage – or as Kyle Freedman put it “a carousel of damage.”  And with a grand total of 37.5k damage, ana continued to submit NiP to the carousel of doom for the rest of the match.

The second match of the series saw NiP let Io slip through the ban phases to be picked as OG’s fourth pick. Ana picked up the whirling death ball and went to the safe lane. He had the exact same itemization as game one, but he had much better timing – with a Heart at twenty-five minutes. The game was won in 30 minutes with ana boasting an amazing 9/2/6 record and a terrifying 29.5K damage.

OG’s meta-defying pick just goes to show that The International is the time when the craziest, most high-risk high-reward drafts come out. And if there’s anything to be learned about OG, it’s that you need to come up with creative ways to use the heroes that are under-utilized to surprise your opponents. Oh – and that Io should be renamed the whirling carousel of doom.

In Evil Geniuses’ series against Infamous Gaming, EG closed out the first game draft with a surprise Ancient Apparition pick that shocked the casters. While picking an AA into a Huskar is a good pick, that hero mid is not generally where you see the hero go.  Kyle made it known that he felt that AA was a better core hero nowadays than a support hero, but sending him mid was still a risky play for EG. Sumail “SumaiL” Hassan has also only played AA a total of five times, ever in official matches. It’s a risky move to give your mid player a hero he’s played four times before during the biggest tournament in Dota 2, but it paid off for EG.

EG Dota get off to a good start against @Infamous_GG, taking a 1-0 lead! Key BKB baits and resource management allow us to find our footing and push on for the win.

SumaiL is hands down one of the best mid players in the world, and his performance on AA really demonstrated that. While it might’ve not been as flashy as one of his core mid heroes like Storm Spirit or Ember Spirit, his mechanical execution, itemization and handling of this stereotypical support hero reflected how well he understands mid. So how was SumaiL able to perform so well on AA?

One of the reasons is because SumaiL prioritizes movement, positioning and trying to outplay his opponents rather than attempting to build up his core stats. So on AA, SumaiL bought Boots of Speed, Hand of Midas, Shadow Blade, AGHS, Eul’s Scepter of Divinity and Scythe of Vyse.

As the mid player, SumaiL’s net worth and damage output weren’t as high as carry player Artour “Arteezy” Babaev’s, but he accomplished the goal that every mid player looks to do – put pressure around the map and win the lane. With a stellar 12/1/9 record, 19.4k net worth, and 17.7k damage, SumaiL’s AA was more of a threat than Arteezy’s Lifestealer was until the very end of the game. Arteezy might’ve been more farmed but his impact on the game wasn’t felt as much as SumaiL’s was.

Both EG and OG demonstrated that in order to play the best that you can, on any stage, you need to think outside the meta. You need to be able to draft hero lineups that defy expectations and surprise your opponents. This TI, we’ve seen countless Ogre Magi picks and even more Elder Titan picks with some Ember Spirit and Gyrocopter as well. But what we aren’t seeing much of is teams using heroes in unconventional ways like an AA mid or a carry Io. And while you could argue that SumaiL just wanted to get to 1000 kills at TI with a very unconventional hero, there’s a lot to be said about these hero picks and how they truly are winning games for teams during the TI9 group stage.