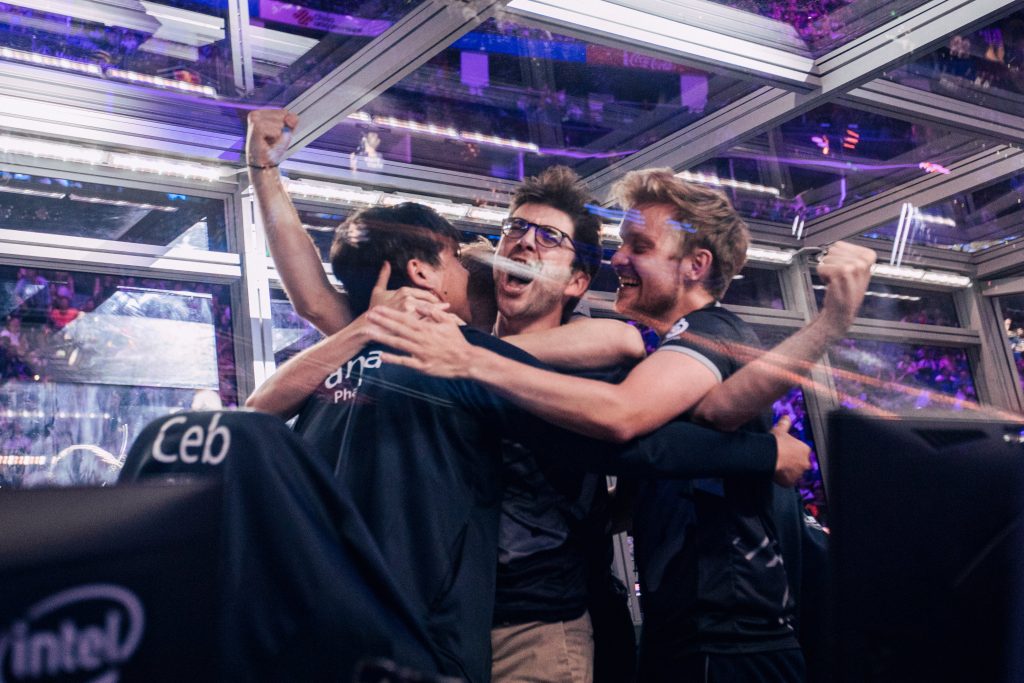 The International 2019 has had a few bracket similarities with The International 2018. Evil Geniuses knocking Team Secret down into the lower bracket, and then facing OG. OG knocking Evil Geniuses into the lower bracket before facing PSG.LGD. And truly, the most hyped rematch of the year has to be OG and PSG.LGD meeting each other in the TI9 upper bracket finals.

Remember, they met each other in the upper bracket finals of The International 2018 where OG beat PSG.LGD to win the event.

So how’d it turn out the second time around?

OG were prepared to play the mental game. After Lu “Maybe” Yao commented on the papers OG had during the grand final drafts last year, Johan “N0tail” Sundstein came prepared with a massive stack of papers to carry out to the booth.

PSG.LGD may not have had a Treant’s worth of notes to reference, but they still, obviously, did their homework. They banned Io, Magnus and Enchantress, three of OG’s most favored heroes this tournament.

The first game started out as evenly paced as you might expect for these two highlly-skilled teams, at least through the first ten minutes. The teams traded kills, killed creeps and had even farm. OG took the first objective, the Dire mid tower, after invading the top Dire jungle. They were observed by wards, but perhaps PSG.LGD didn’t realize quite how many Radiant heroes were there. PSG.LGD lost two heroes in the ensuing fight, and gave OG the opening to take the tower.

The crowd was loud, roaring with pleasure for every PSG.LGD decision. They fell short of booing for OG, however, instead remaining silent whenever OG made an outstanding play. If LGD were not living up to the OG-level of mind games, the crowd were prepared to step it up for them.

PSG.LGD take a great fight vs OG and the crowd goes wild!

After about twenty minutes, tech issues started to dominate the game. The OG players were plagued by them first, and then the LGD players dropped as well. FPS issues have no place in such a significant series, and it was unfortunate that the tempo of the game was slowed by having to fix the problems.

Ultimately, LGD’s team fight and mobility were very strong. Oracle with saves, Tidehunter’s Ravage and Ember Spirit’s ability to fly into a fight and zip out of one kept them very strong through a very skirmish-oriented game. The game went to forty minutes when a single mistake by ana took OG down. Ana got caught out at mid without buyback. He went down for two minutes, and PSG.LGD did not hesitate to press the advantage, marching down mid despite the best efforts of the other four OG players.

OG pulled out some unconventional picks (by this TI’s standards) for this game, in the Spirit Breaker for Jesse “JerAx” Vainikka  and the Dark Seer for Sébastien “Ceb” Debs. However, it was the Chen-Alchemist combo that was PSG.LGD’s undoing. Ana’s fearless play on Alchemist combined with some very bold Spirit Breaker plays by JerAx overwhelmed PSG.LGD, who had no answer.

So often it looked like ana was about to be overwhelmed when the Divine Favor from Chen or Alchemist’s Chemical Rage would kick in, providing ana with enough sustain to beat down the LGD heroes. LGD tapped out at 22 minutes.

This was an out-draft, pure and simple. PSG.LGD didn’t counter the Chen-Alchemist combination hard enough, they didn’t shut down the Alchemist hard enough and in the end, they were overwhelmed. Could they rally to find an answer in game three?

OG went back for Alchemist and Chen in the first phase of picks for the last game of the series. It was up to PSG.LGD to find a counter. They picked up Tiny, Elder Titan, Slark, Shadow Demon and Sand King, giving them damage, stuns and saves. OG’s combo had been so strong in game two, but LGD understood how to respond. They put the pressure on ana’s Alchemist, and also on Topson’s mid-Tidehunter.

It looked like OG could turn it around mid-game with a great teamfight that enabled them to take the mid barracks. But they overstayed their welcome, and PSG.LGD were able to team-wipe them. It looked very rough for OG, until they took a teamfight, enabled by Tidehunter picking up Desolater and being granted Aghanim’s Scepter by Alchemist. He was able to hit the PSG.LGD heroes, who had a fair amount of armor, far harder than LGD (and the casters) seemed to expect.

OG converted the PSG.LGD hero deaths into a Roshan and then went to break the Dire base, taking mega-creeps. Instead of backing off, they kept pushing in, right up to the Ancient itself. OG won, taking the series and sending PSG.LGD into the lower bracket.

Who could have seen the TI9 upper bracket going this way? OG were not on the radar to win the event before The International 2019 began. They were struggling to find their footing. And somehow, they’ve turned it on for this event.

PSG.LGD are sure to be disappointed that they’ve got to take the lower bracket route again this year. The Chinese audience is behind them though, and the team has really smart ideas about how to play the game.  They may have been caught out in game three by the strength of the Alchemist and Tidehunter, but they’re very clever players and won’t lose in this way again.