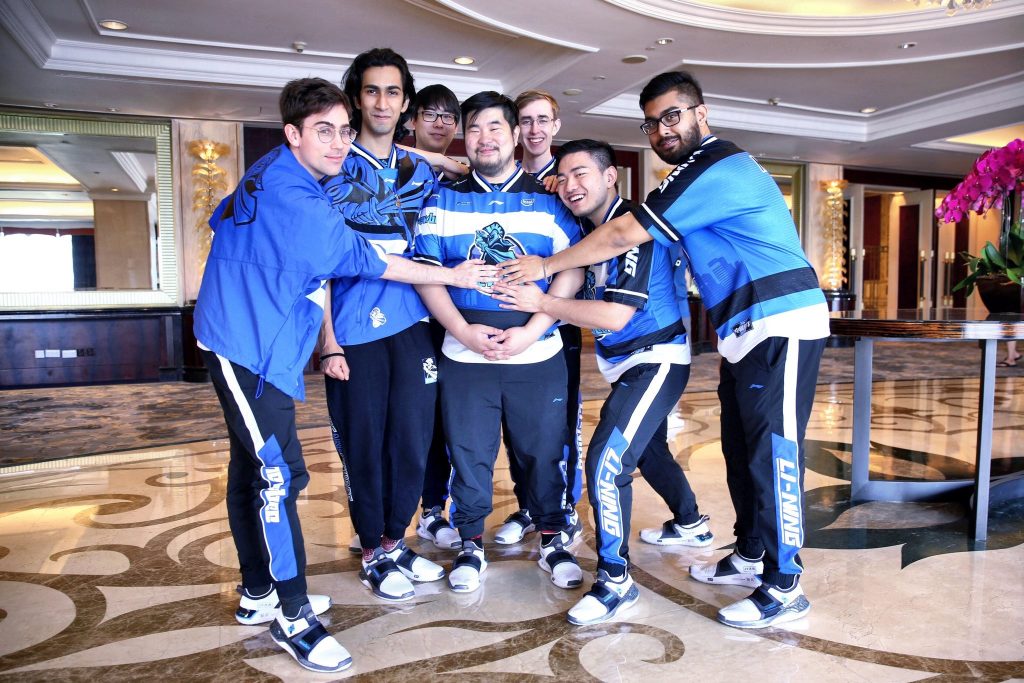 Newbee among the TI9 eliminations after a hard-fought match-up against Infamous. (Image via Newbee)

We’re deep into the midst of The International 2019, and big names are starting to disappear from the tournament. Today, the DPC leaders Team Secret found themselves battling for survival against a revitalized Mineski team. Meanwhile, Newbee came up short against Infamous, in an underdog versus underdog matchup. In both series, the teams were plagued by missed bans, as dominant carry heroes slipped through in each and every draft. Let’s look at today’s set of TI9 eliminations.

Newbee had been huge overperformers in the tournament so far, having only lost a single series during the group stage. That propelled them to the upper bracket. However, after a loss to OG, the team fell to this elimination match, finding themselves in a replay of one of their earlier victories. Infamous had lost a 16-minute stomp to Newbee in the early parts of the group stage, and this rematch was expected to be more of the same.

However starting from game one, things looked shaky for Newbee. In spite of Infamous’ success on heroes such as Magnus and Wraith King, their opponents opted not to ban them. After picking up a Nyx Assassin and Monkey King to compliment their draft, Infamous looked primed to succeed.

Newbee decided on a series of aggressive pushing lanes with their Sven, Axe, and Leshrac. It was, perhaps, the perfect counter to the hard farming and late scaling team that Infamous had drafted. And yet the South American squad flipped the script, ramping up the early aggression and continually fighting with their mid and tri lane. Fed with early kills and allowed to farm, Infamous’ Wraith King secured the win for the team.

In the second game, Newbee fixed their draft woes. Gambling on a similar late-game farm composition, the team drafted a risky lineup with minimal catch potential. They answered Infamous’ early game aggression leading to a bloody stalemate. As the game stabilized, both sides fell into a farming cold war, with each waiting for the best opportunity to take a game-winning fight. Crucial mistakes in Infamous’ positioning allowed Newbee to take the second game and brought to light their, perhaps, limited hero pool.

Newbee rally in a big way to tie their Lower Bracket series against Infamous Gaming 1-1. The next match will mean everything as one of these teams faces down elimination. #TI9 pic.twitter.com/xUzGsA9KhR

For game three, however, Newbee again failed to ban the Wraith King, instead opting to try and hinder it with a Tidehunter and Invoker. With a Slark added to their late-game carry composition to create space for the Wraith King to farm, Infamous was able to out-scale and defeat their opponents. The NA team under the Chinese banner just weren’t able to deal with Jean Pierre “Chris Luck” Gonzales and Hector Antonio “K1” Rodriguez on their fed carries.

Newbee’s mistake was not banning the Wraith King. It’s always important to draft for your own team, and not just try and counter your opponents, but against Infamous, Newbee needed to make those bans. Under the circumstances, it was impressive how long the team held on against such fed opponents, but in the end, Newbee is headed home, while Infamous secure a top-eight spot.

The Secret to Success

Mineski were not expected to put on a fantastic performance against Team Secret, one of the favorites to win the tournament. In fact, it’s surprising that Secret has even made a trip to the lower bracket. And yet over three games, Mineski pushed Secret to the very limit. Starting in game one, Mineski decided it would have to push Secret to the late game to win, picking up a Wraith King/Alchemist/Omniknight combo to scale. Secret answered with a Visage pick and a completely unorthodox Meepo for the final part of their draft. The team looked to overwhelm Mineski’s carries before they came online.

Apart from a few bizarre early deaths, Mineski was able to execute on their game plan, before roaming as a team to pick up kills. However, they slowly lost ground to Team Secret despite their lead. Mineski took fights without cooldowns or with smaller numbers and lost. When they finally got the engagement they needed, they failed to end the game, as Secret dramatically turned a fight and came back to win. Mineski lost with over a 12k gold lead.

In game two, Mineski picked up the open Enchantress, and once again set to farming up a storm. Meanwhile, Secret missed wards and failed to capitalize on good matchups, such as their Phantom Assassin versus Faceless Void. But even though Mineski had the lead for the majority of the game, Team Secret was able to turn around a trade kills again and again.

Mineski farmed to an incredible degree. And yet Team Secret continued to hold and win fights, as their opponents played overly safe, not willing to lose another game. Eventually, an engagement went poorly for Mineski, leaving just two members of the team to hold against the siege. In that final fight though, Mineski dramatically held against their opponents, before charging down mid lane and securing the win, resulting in jubilant cheers from crowd and casters alike.

AN ABSOLUTELY INSANE GAME FROM @MineskiProTeam!!! 🔥🔥🔥
They make the series 1-1, IT ALL COMES DOWN TO THIS LAST GAME! #TI9 pic.twitter.com/QvBuPRUyIV

Finally, in game three, Team Secret was able to muster a convincing lead. Mineski had set the pace of every previous game. And with several of their preferred carries banned away, the Southeast Asian team fell behind. But even in the driver’s seat, Secret was unable to take a swift victory. Slowly Mineski clawed back, having proved the better team in late-game situations, and as the game stretched past 40-minutes, Secret’s lead disintegrated. Ultimately though, Secret hung on, and after yet another dramatic team fight, the European’s were able to eliminate Mineski, who again lost while ahead in gold and structures.

Team Secret and Infamous advance through the lower bracket and will face each other on August 23.

Today, teams in both match-ups missed banning obviously strong heroes, to differing results. Secret showed that they were prepared to leave those heroes open and outplay their opponents, Mineski, in different ways. In contrast, Newbee seemed to leave things open mistakenly, and it resulted in their elimination. At TI9, the sheer number of heroes which are played at the highest level is perhaps too much to even attempt to ban out, and as we enter the latter half of the tournament, teams will increasingly let powerful picks slip through in the draft.