Tough Eliminations for Fnatic and Alliance at TI9 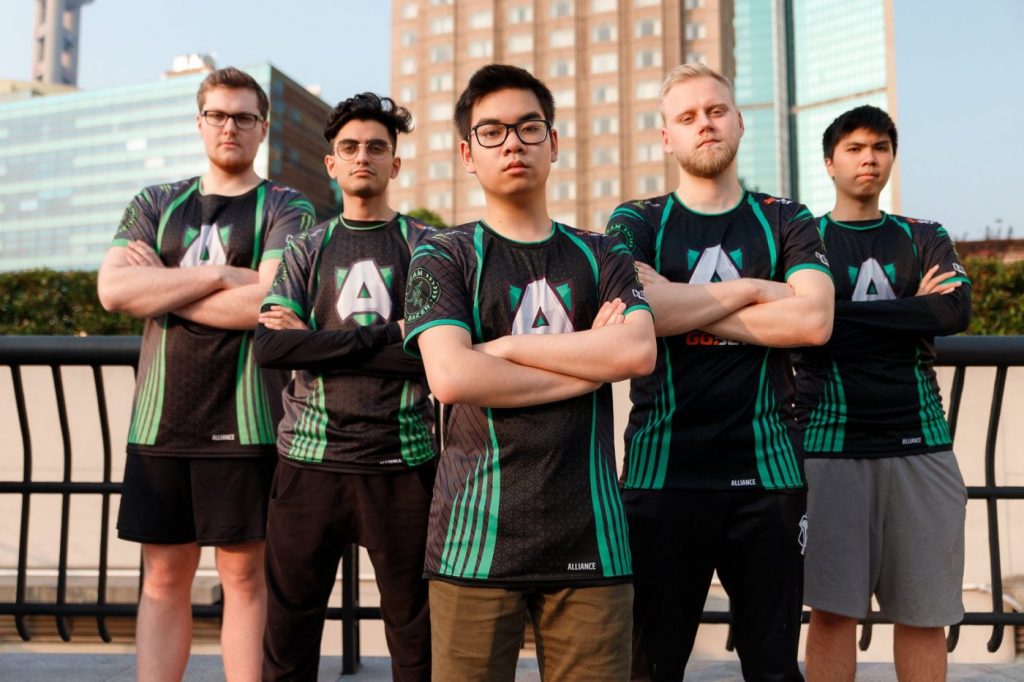 In the first two eliminations of TI9's playoffs, Alliance and Fnatic are heading home. (Image via Alliance)

The sad truth of The International is for one team to win, 17 other teams must be eliminated. Even though the playoffs have only begun, we must already say goodbye to teams on day one.  The first day of TI9’s Main Stage featured some heartbreaking eliminations in addition to the two upper bracket best-of-threes.

and Sixth Teams Eliminated From TI9

No Time Walk for Alliance

Royal Never Give Up and Alliance matched up in the first elimination match of the day. The draft was fairly split, with RNG picking up a last-pick Anti-Mage to counter Alliance’s Storm Spirit. And where Alliance had Faceless Void to catch enemy heroes and provide a window to burst damage them down, RNG had Shadow Demon to use Disruption as a save for any key heroes caught.

The game got off to a slow start, with several pauses due to a computer issue on Royal Never Give Up’s side.

Alliance had to play around the Chronosphere cooldown. Boxi had laser-precision placement, saving teammates on multiple occasions with very careful Chronos. Early on, Alliance had great positional awareness, dodging Leshrac’ stuns. Truly, the match was a back-and-forth affair with the teams trading kills, but ultimately, Royal Never Give Up had the edge. They were able to take down more Alliance heroes in the team fights and transition into objective-taking. Alliance had to tap out at 43 minutes, giving Royal Never Give Up a huge win on the first day of the TI9 main stage.

In a heartbreaking turn of events, Aydin “iNSaNiA” Sarkohir evealed in his post-match interview with Jorien “Sheever” van der Heijden that the last pick Gyrocopter had been intended as a ban. Time had run out on the ban phase just as he selected the hero, resulting in the team having to go off plan. No one wants to go out of this tournament due to a drafting error, but the entire team should be proud of what they’ve accomplished this season. Exiting in 13-16th place, they take home at least US$500,000.

Royal Never Give Up advance to the best-of-three elimination matches where they will face Virtus.pro on August 21.

The second elimination match of the day was Team Liquid versus Fnatic.

The game was tight, with both teams having a lead of less than 5K net worth over the first 30 minutes. One difference between the teams became clear after two fights at around the thirty-minute mark. Team Liquid won the first and were able to push through high ground and take the first pair of barracks. Fnatic won the second, but couldn’t convert it into an objective.

Across the game, Liquid’s positioning was also crucial. They were able to stay split apart to prevent Enigma from catching them in a critical black hole throughout the match. The team’s focus on pushing their advantages saw the squad take the win over Fnatic in 40:42.

In the post-game interview, iceiceice called his team’s loss a choke and urged fans to “be happy.” After Fnatic’s group stage performance, iceiceice suggested they were prepared for any outcome today. The team exits in 13-16th place and takes home a sizeable cash prize amount to at least US$500,000.

These two early eliminations weren’t runaway wins and are evidence of how competitive Dota 2 is. With the game so aggressive and teamfight-heavy at the moment, it’s important for teams to keep those objectives in mind and press the advantage to secure more map control, knocking down towers and ultimately breaking high ground.

Check back frequently with Hotspawn for all your The International 2019 coverage!