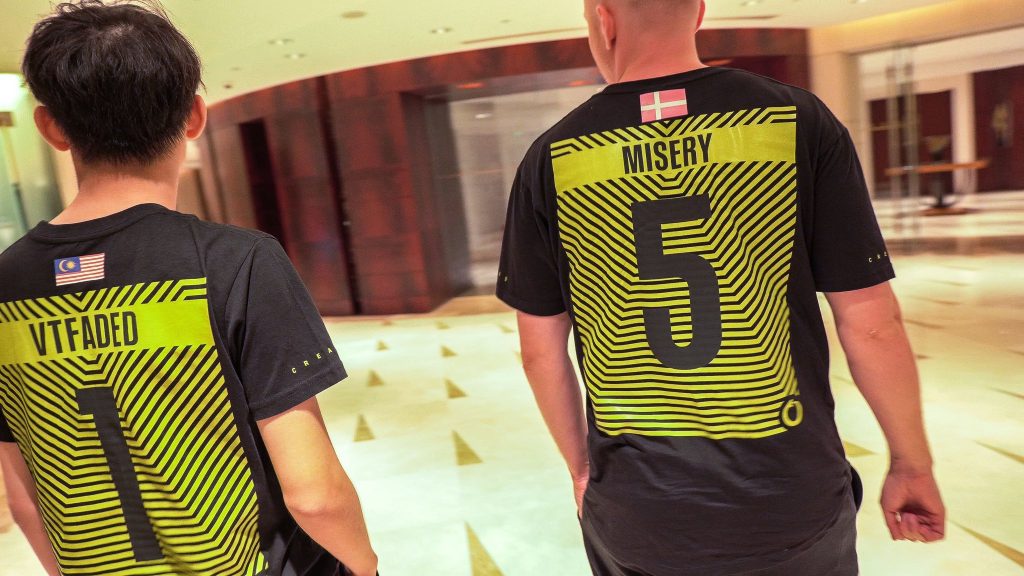 After three days of The International 2019, we’ve started to get a good idea of the teams that are performing well and the ones that are struggling. In this year’s group stage, not a single team has emerged entirely unscathed, with every team having secured at least one win in a series. There’s a lot at stake in the group stage, not just seeding, and on TI9 day three, the standings started to solidify.

Unfortunately, with only draws and losses to their name, it was Chaos Esports Club that found themselves the first team eliminated after being defeated by first Keen Gaming and then Newbee on day three. The rest of the Group A squads can breathe a sigh of relief as they’ve all secured a playoff spot. But in Group B, five teams are looking down the barrel of a gun come Sunday. And with just 12 matches left in the stage, these teams have the potential to be eliminated at the end of the weekend. Let’s take a look at Chaos’ unfortunate run, and the teams on the chopping block tomorrow.

Chaos Esports had been struggling from day one. A much-hyped grudge match between themselves and Team Liquid on the first day resulted in a disappointing stomp. The rest of their tournament matches on days one and two didn’t gone much better, apart from a single draw against Alliance.

On day three, Chaos engaged in a bloody brawl with Keen Gaming, a squad that had also been at risk of elimination. In the first game of the day, it was questionable decisions, such as the Magnus support, and unfavorable two vs three matchups that lost Chaos the game. In their second meeting, the team fared even worse, unable to land ranged nukes against their opponents. Keen Gaming’s strength this tournament has been their speed and map control. Against Chaos, it showed more than ever as Keen defeated the European hopefuls 2-0.

With three series to play on the third day of the group stage, the initial loss was not a great start to Chaos EC’s morning. And facing TNC Predator as their second opponent was no walk in the park. TNC has been one of the most competitive teams so far, yet a string of draws have landed them low on the group table. In the longest series of the tournament so far, Chaos desperately fought for survival. Game one was the perfect example of stalling a game for farm, yet it wasn’t enough. TNC defeated Chaos after 58 minutes of action. The second game looked to be a similar affair until Chaos finally started to take advantage of TNC’s mistakes. After an epic 86-minute battle, Maurice “KheZu” Gutmann and his Legion Commander were able to orchestrate the win.

INCREDIBLE plays by @KheZu allow us to finally close out with a win after 80+ minutes of battling it out.

In their final game of the day, with everything on the line, Chaos needed a draw or better to keep themselves in playoff contention. Newbee would arguably be their strongest opponent of the day, going on tournament performance alone. The North American squad proved to be too much for Chaos. The team had no answer for Jingjun “Sneyking” Wu’s Axe, who carved his way through Chaos in lane and then across the map.

Chaos EC crashed out of the tournament, a victim of the sheer quantity of talent at TI9. With so many great teams, there’s just wasn’t room for this qualifier squad to compete, even with the fantastic individual talent on their roster.

Similarly to Chaos, Ninjas in Pyjamas find themselves struggling amidst so much talent. NiP looks to be the prime candidate for Group B’s elimination spot, having failed to pick up a single win, and just two draws in the past three days. What’s so confusing is that NiP has proven they are able to stand up to the very best the tournament has to offer. On day three, against Vici Gaming, the number two team in the group, NiP rallied behind Martin “Saksa” Sazdov and his Mirana to secure a comeback victory, pushing the series to a draw.

#TI9 Groups: @NiPGaming TAKE GAME 2 OFF @VICI! @Saksadota plays a perfect game with no deaths and a double arrow to end it all 🔥#GONINJAS pic.twitter.com/XU3OtT7f2E

And yet earlier, against the equally beleaguered Royal Never Give Up, NiP couldn’t muster a single win. Without two conclusive victories on day four, NiP will be eliminated. And to do so, they’ll have to beat Infamous, a team succeeding in spite of all projections, before facing an inconsistent Evil Geniuses. It’s possible for them to make the cut, but not likely.

Elsewhere in Group B, a remarkable number of teams haven’t scored highly. As a result, there’s a lot of potential for them to drop into the “danger zone” for elimination tomorrow if NiP performs well. Infamous, Fnatic, Royal Never Give Up and Virtus.pro are locked in a four-way tie for fifth place. All of them will play two games tomorrow, and each one risks falling to the bottom of the group.

For teams like Virtus.pro and Fnatic, this bottom of the table spot wasn’t expected. However, either through a combination of poor performance, or the sheer competitiveness of this TI, they’re here. Tomorrow is their last chance to avoid an early trip home from this world championship event.

You can see the current standings in our tables below. Be sure to check out all the group stage action for day four on Twitch and visit Hotspawn again for more coverage of all things The International 2019.