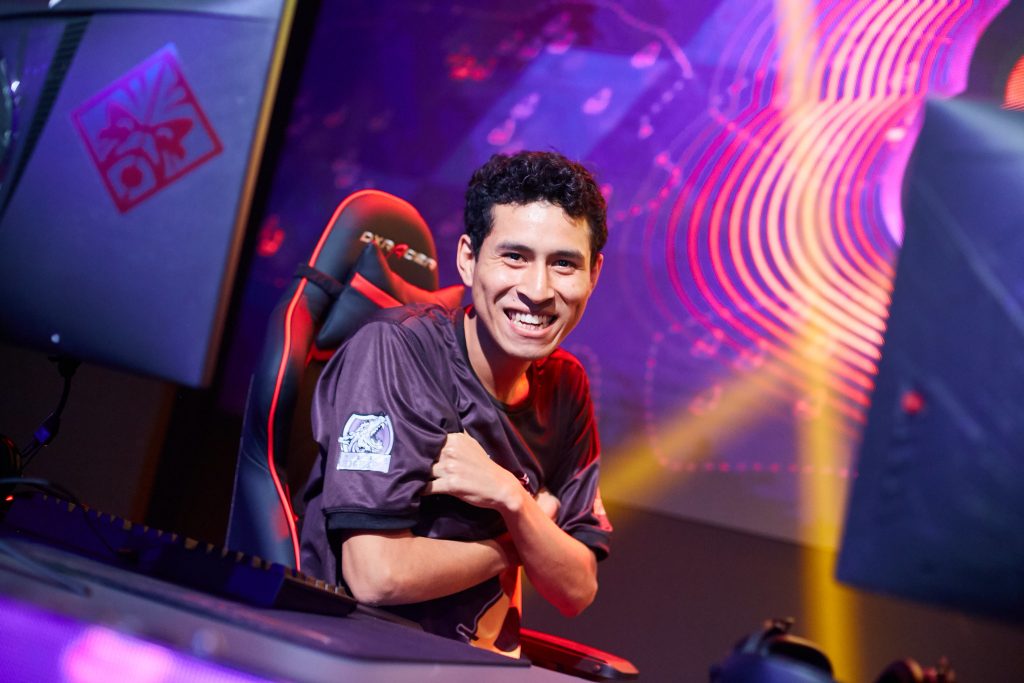 Infamous should be smiling all the way to Shanghai. They qualified for The International 2019. (Image via StarLadder)

South America is routinely considered one of the weaker Dota 2 regions. The issue isn’t a lack of raw talent, as our next TI9 featured team proves. With zero South American teams qualifying via Dota 2 Pro Circuit points, the region will have only one representative at The International 2019: Infamous.

Welcome
Today we announce our new roster for The International 2019 SA Qualifiers.

If you blinked, you may have missed Infamous swapping in an entirely new roster during the final moments before the open qualifiers of The International 2019. Though, honestly, you should be forgiven if you’ve had trouble keeping track of Infamous’ roster. The org made nine roster changes from the start of the Dota 2 Pro Circuit Season in September 2018 to the open qualifiers for TI9 in July 2019.

The last roster change may have been the most surprising. After a rough showing at the EPICENTER Major, the previous primarily-European squad opted to part ways with the South American organization. Infamous rallied by picking up another roster, one that had been competing unsponsored, under the name Team Anvorgesa. Note that they also added Scofield, dropping Anvorgesa’s Diego “Jericho” Rivera – presumably because roster changes in South America are never straightforward.

Fielding four Peruvians and one Bolivian player, the current roster is more obviously representative of the region. And while expectations from the community may be low regarding Infamous’ TI9 result, a good turnout would bode well for South American Dota 2. Naysayers of the region-lock system, wherein each region has at least one seat at each DPC Minor, two at each Major and at least one at The International, could perhaps be silenced by a top-eight performance.

So who are they? Team Anvorgesa were a known quantity within the South American region. They had attended the StarLadder ImbaTV Dota 2 Minor Season 2, placing fourth. All three core players (K1, Chris Luck and Wisper) had played together previously on a team called Majestic Esports and attended the OGA Dota PIT Minor 2019, placing fourth there as well.

Chris Luck and K1 are, perhaps, more familiar to some as popular pub players. They only went professional one or two years ago, respectively, and it’s only within this past DPC season that they’ve started to shine. These two have the kind of raw talent that makes other teams take notice.

As a five-man roster, the team has only played together for the TI9 regional qualifier for South America. The organization had a direct invite to the qualifier, so the squad skipped the open qualifier phase. In the closed qualifier, they were decidedly dominant, dropping one game in the group stage to Thunder Predator and two games to paiN Gaming in the playoff. They play with two very-low-net-worth supports, letting their cores and particularly K1 and Chris Luck take the majority of the farm.

The trick for Infamous will be finding some discipline. In an interview in June with VPEsports, K1 said of Team Anvorgesa’s preparation for the StarLadder ImbaTV Dota 2 Minor, “We aren’t actually a team, in the true sense of the word. We are just five friends playing Dota together. Before the tournament, we didn’t have a bootcamp, for example. We practiced from our houses, in Peru….We don’t have a huge pool of tactics, our drafts are based on our individual strengths and on what our captain’s [sic] thinks will be better in a certain situation.”

Hopefully, as Infamous, the team is taking TI9 a little more seriously. Will that hurt or help the squad? Expanding their tactics will make them less predictable for more seasoned teams. However, one of their strengths has been improvising and relying on raw talent in the moment. Perhaps Infamous can find a perfect balance between the two?