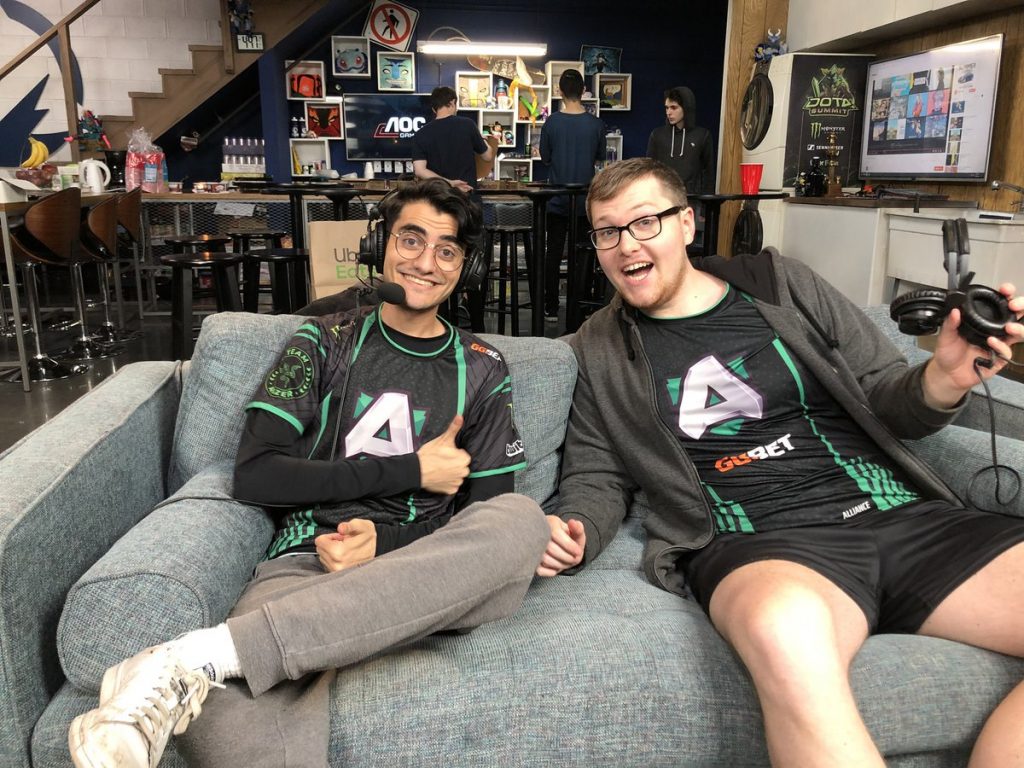 Alliance has looked on top-form since the mid-point of the DPC season. Can they convert this into success at TI9? (Image via Beyond the Summit.)

Receiving it’s first direct invite to an International since 2014, Alliance is starting to gather momentum ahead of this year’s world championships. After a fantastic late-season performance, including a win at last month’s Dota Summit 10, this stalwart European team has shown the kind of form which has been lacking from its roster for several years. Let’s take a look at how just how high the ceiling for this championship hopeful is.

Image via Beyond the Summit.

Missing out on just two DPC majors this year, Alliance has been grinding out a spot at TI9 all season. Securing their spot thanks to a top-six finish at the EPICENTER Major, this last-minute qualification doesn’t tell the full story of the hard work and toil this team has put in all year.

Outside of the DPC, the team has been securing qualifications and results at ESL One events and off-DPC tournaments the entire year. They’ve jumped at any chance to play top-tier competitive Dota 2 this season, and their entrance and victory at Dota Summit X is just further proof of that.

Although not the most serious event on the calendar, at Summit, Alliance’s dominant performance was evidence of the team’s efforts this year paying off. Dropping just three games the entire tournament, against teams such as paiN Gaming and J.Storm (who both narrowly missed out on TI qualification), is no easy feat, and yet Alliance managed it. With that win, they’d also secured their first LAN victory in over two years.

During their post-victory interview, Alliance described their plans to head to Shanghai and begin bootcamping for TI9 immediately. It’s just another example of the dedication and hard work the squad is putting in this season. And across the roster, the team will be hoping that this effort can manifest as a high finish or even a championship title at TI.

Key to this blueprint of success is Alliance’s pair of carries, miCKe, and qojqva (pronounced kwoi kwa). miCKe has been a core part of Alliance since 2018, but has been plagued by an ongoing arm injury, related to repetitive strain. This occasionally flairs up and causes him to miss playing time. With miCKe healthy, Alliance is a frequent high performer, easily securing top-five positions in tournaments. When he’s absent, the team is inconsistent. Their regular substitute, Omar “Madara” Dabacach, is by no means a bad player and can stand in for both the carry and mid roles. But without both miCKe and qojqva working in tandem, the team just seems to lack something, as seen in their woeful performance at ESL One Birmingham.

Qojqva is a six-year veteran, who’s played in multiple Internationals for Team Liquid, mousesports, and now Alliance. He’s the second part of the squad’s dominant pair of carries, and the player who performed the best at the team’s successful trip to Summit. Qojqva benefits from the more relaxed atmosphere of smaller tournaments, where his best performances seem to occur. At the International, if qojqva can replicate the same relaxed confidence, the team is highly likely to advance deep in the TI9 bracket.

But as we saw during the lighter moments of the memorable Dota Summit broadcasts, Alliance is more than just the sum of its parts. During interviews, the squad itself described that they’re “more than just a team, they’re a family.” And beyond miCKe, qojqva, Boxi, Taiga and iNSaNiA, the team can also rely on its co-owner, coach, and former carry Jonathan “Loda” Berg, their substitute Madara, and their entire organization to bring their A-game during their TI9 run.

Wanted to give a shout out to @BeyondTheSummit for an amazing event to both spectate and be a part of! We loved every minute of our first #DotaSummit! 😍🦆#ALLfam pic.twitter.com/lVJulvKM2W

The Alliance roster as a whole is one of the most likeable and relatable teams in the European scene. Barring a catastrophic group draw, we’re almost guaranteed a European team in the top eight at TI9. Alliance will be hoping that after their year of hard work and grinding, it will be them, and not the Ninjas in Pyjamas, Team Liquids and OGs of this world, that will make the cut.