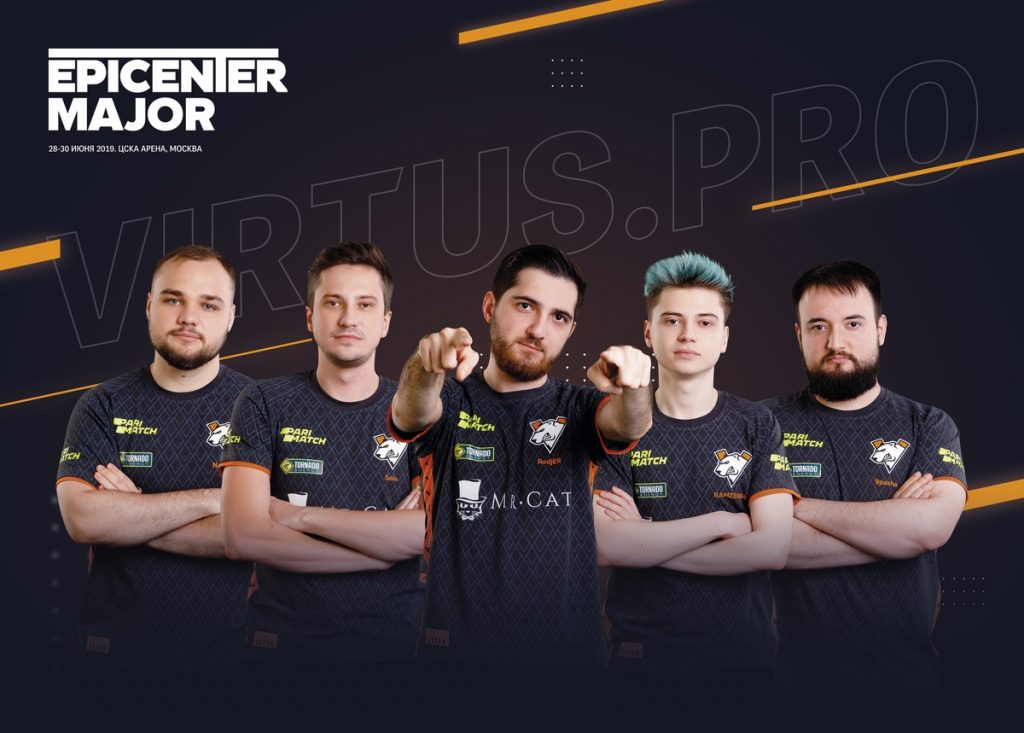 Virtus.pro has only competed internationally a handful of times this year, yet they're still one of the best in the world. (Image via EPICENTER)

Virtus.pro, the white Russian bear, has been sleeping. The dominant force in the CIS was curiously absent from the finals in the later DPC events of the year. They hibernated through this year’s ESL One series. With TI9 around the corner, the beast has awoken. One of the best Dota 2 teams in the world is ready to pounce in Shanghai.

Virtus.pro are the giants of the CIS: a team that’s slowly developed from a minor league competitor to a leading organization. Veterans of multiple Internationals, this past year has been one of their strongest showings.

Opening up the 2018-19 DPC with a win at the Kuala Lumpur Major, VP rode a hot-streak of top-two finishes until May. However, at the MDL Disneyland Paris Major, the team recorded their lowest finish of the year: seventh-eighth place. As they’d already secured a spot at TI9 by this point, questions loomed over whether the team was putting in their full effort.

At the EPICENTER Major, VP looked to avenge their disappointing finish in Paris. A third-place result at the last DPC event is a result many teams would be jealous of. But you have to imagine that for VP, it just wasn’t enough. Nothing short of the gold would have satisfied them on home turf in Moscow, and yet again they fell short. At TI9, VP is sure to have a chip on their shoulder.

Perceived complacency in a single tournament aside, one advantage Virtus.pro has headed to TI9 is how little we’ve seen of them this year. For one reason or another, the team didn’t bring their A-game to Disneyland. And their absence from this year’s ESL events, as well as many of the other tournaments on the calendar, means it’s hard to get a full scout on them. Without spending a lot of time researching the CIS region, many of their opponents will struggle to draft against this team effectively.

If Virtus.pro has kryptonite, it seems to be the European scene. Throughout this year, the only ones able to continually stop them have been EG, Team Liquid and Team Secret. That’s a quite small and exclusive list of top teams. But once again, VP has an advantage over them. While many of their international rivals have found themselves swapping rosters and tweaking their line-ups, VP has been consistent and heads to TI9 with the same winning roster as earlier in the year.

Heading this line-up is RAMZES666, the team’s primary carry and captain. Compared to some of the veterans of the Dota 2 scene headed to TI9, the 20-year-old Russian has a much shorter resume. And yet RAMZES666 has more International appearances than many of his peers, a trio of ESL titles, and has even represented his country in Dota 2. For Virtus.pro, having a carry leading and shot-calling the team lends to the squad’s playstyle. Their drafts center around putting him and No[o]ne in a position to carry the game, either with scaling heroes or adding support picks to set them up to succeed.

But perhaps the most famous (or infamous) player on Virtus.pro’s roster is Solo. In 2013 Solo received a lifetime ban from StarLadder events for betting fraud. The $322 he was set to win from this fraud became the basis for the 322 meme, which casters and fans now use to describe in-game plays that seem almost deliberately bad. Rising beyond this mistake early in his career, Solo has become a legend in the CIS region, playing for RoX and Vega Squadron, before his current run with VP. After captaining the team for several years, the veteran player has now taken on a support role, both in-game and out, as RAMZES666 takes on the mantle of leadership.

Solo has risen beyond the mistakes of his early career to become a living CIS legend. (Image via Virtus.pro)

In the CIS region, Dota is king. And the king of kings is Virtus.pro. Headed into TI9, the team is almost an unknown commodity, with really only a handful of international showings this year. And yet they’re one of the most successful Dota 2 teams this season, and a huge obstacle for any organization that wants to make a successful run at becoming world champion.