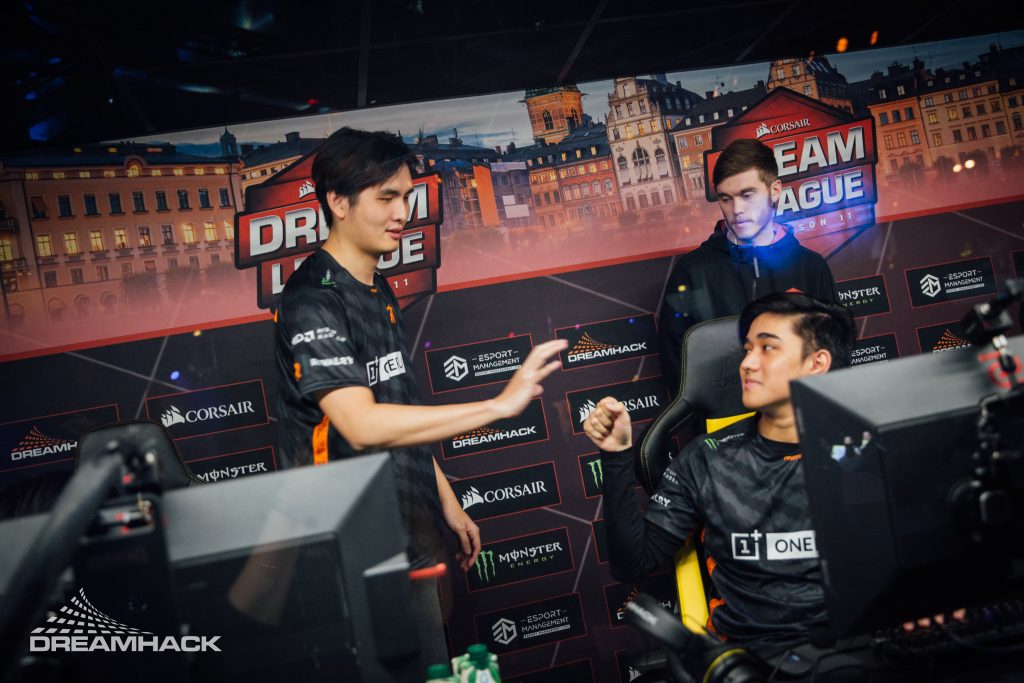 Fnatic needs to come together quickly for The International 2019. (Image via DreamHack, Photography by Adela Sznajder for DreamLeague)

One Southeast Asian team attended each Dota 2 Pro Circuit Major this year – Fnatic. They peaked in the third Major of the year and dropped out early in the last two. What can this squad do to propel themselves to success at The International 2019?

It’s hard for me to define Fnatic as a team right now. All five players on the team have competed at previous TIs, though none of them have ever won. And the organization’s last-gasps-of-the-season roster change means they haven’t played at a tournament with their TI9 line-up.

Fnatic TI 2019 Roster:
#1: @Jabzdota
#2: @abedyusop
#3: @iceiceicedota
#4: @DjardelJicko
#5: @DubuDota@MentalProtector will be leaving the active playing roster. DuBu moves from a coaching role to support and Jabz returns to a core role.

Does ousting Pyo “MP” No-a, the carry player who helped them qualify for TI9, in exchange for their coach, Kim “DuBu” Doo-young, count as a defining characteristic? Maybe not. Certainly, they’re not the only team to make a roster change after acquiring enough DPC points to get an invite.

This year, Fnatic was among only seven teams who attended all five Majors. They had enough points to qualify for TI9 with any two of their first three finishes. However, it was the third outing, at DreamLeague Season 11, that was their flashiest. They defeated Virtus.pro and Keen Gaming both 2-0 in the upper bracket. They ultimately lost to Vici Gaming (upper finals) and Virtus.pro (lower finals) 1-2 to finish in third place.

So why the roster change?

Fnatic placed 13-16th at both of the last two Majors. And while those placements ultimately didn’t jeopardize their invitation to TI, obviously they gave the team reason to rethink what they were doing.

DuBu is, of course, no stranger to professional competition. He played for Immortals during the 2017-2018 season and attended The International 2017 with Digital Chaos as well as The International 2016 with MVP Phoenix. His inclusion on the team, as their captain, meant Jabz returning to the carry role vacated by MP.

This role-swap is another reason why the fate of Fnatic at TI9 is questionable. There’s no doubt that Jabz can compete as a carry player; he’s been swapping between carry and support for much of his career. The issue is, again, simply not having seen the team compete together as this particular five, in this particular configuration.

One player to watch is iceiceice. Known for his on-camera trolling as much as for his in-game talent, iceiceice has the bona fides as a pillar of the Dota 2 professional community. He competed at TI1-6, missed TI7 when he was playing on Team Faceless (a team he bankrolled himself!) and then went to TI8 as part of Mineski. With a third-place finish and two fourth-place finishes at previous TIs, iceiceice knows what it takes to do well on the main stage. He likes playmaking heroes, tending to play flashy, mobile heroes like Sand King and Pangolier in recent months.

Abed is another superstar on this team. He was competing for a wild card spot at TI6 when he was only sixteen and has earned accolades for his Meepo (and consequently his micromanagement abilities). While iceiceice played in China for a time, Abed dabbled in North America.

Again, having experience isn’t an issue for this team. And really, it should be a team of players hungry to win TI. They’ve even brought in a new coach, Park “March” Tae-won, someone known for having a unique and thoughtful approach to drafting and strategy. Can he help the squad come together in time?

Ultimately, will the roster change be enough to catapult Fnatic back into contention? Could this, finally, be Southeast Asia’s year to win The International?