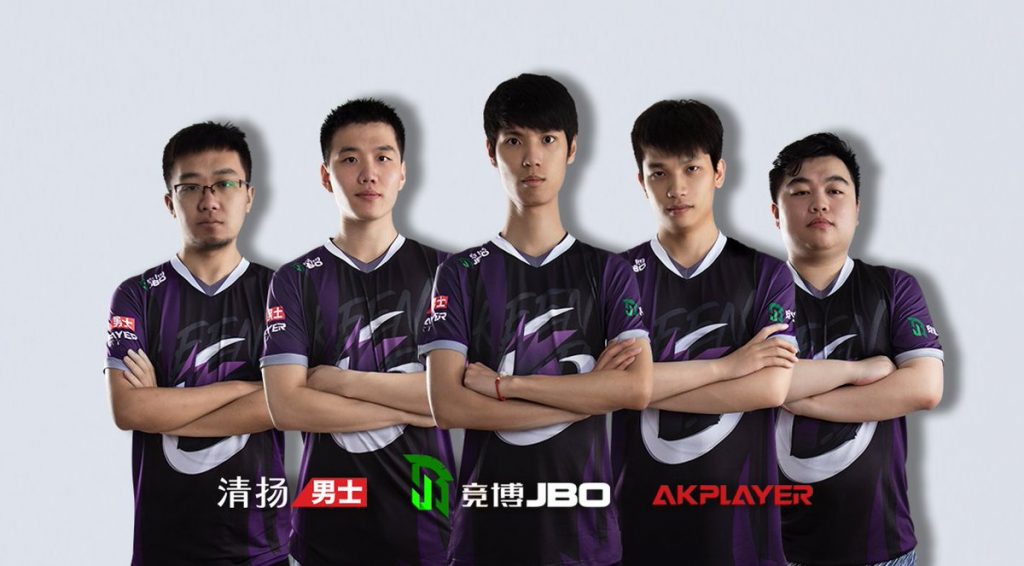 Keen Gaming qualified for The International 2019 in twelfth place in the Dota 2 Pro Circuit. (Image via Keen Gaming)

This year’s host of The International, China, is a Dota 2 powerhouse. With four teams representing the region, it’ll be a force to be reckoned at The International 2019. Let’s take a look at Keen Gaming, a team with lots of domestic success but little international prestige, desperate for victory on the home stage.

Keen Gaming was the third Chinese team to qualify for TI9, but truth be told, may not even be the third-best team from that region. Talent is abundant in China, and many of the scene’s fans would have rather seen EHOME or Invictus Gaming attend in their place.

What’s more, they barely scraped an invite. The team only qualified for three Dota Pro Circuit events this year and earned the majority of their points with a single fifth-place finish at Stockholm. These lackluster results in the DPC don’t match the rest of the team’s performance this year though. At ESL events, in particular, the team always seems to do well, even winning this year’s ESL One Mumbai. However, as critics point out, that tournament suffered in quality, as many top teams pulled out due to scheduling conflicts.

That leaves Keen with a lot to prove, especially with the likes of Vici Gaming and PSG.LGD competing in the same tournament.

Like much of the Chinese Dota scene, Keen’s roster of players is wrapped up in the complex web of trades and loans that crisscrosses the region. Both their primary carry, old chicken, and offlaner, eLeVeN, are on long-term loan from EHOME. Their roster also technically has a sixth man in Jiang “天命” An, who is currently loaned to EHOME, and sub-loaned to Team Sirius. Complicated roster situation aside, these are some of the most talented players in the region.

And the core of this talent is the aforementioned old chicken, and the team’s mid “一” (pronounced “yī,” and a pun on the Chinese word for fluorescent). old chicken was a vital part of EHOME’s revival after the organization took a two-year break from the Dota 2 scene. After moving to Keen, he’s been the team’s lynchpin, who’s performance makes or breaks a tournament. In every successful trip to a DPC event the team had this season, his average KDA sits close to, or above 5.0. But when his performance slips, the team flounders.

As old chicken was originally a mid player, he and “一” have an element of interchangeability, both in hero pools and position. The team uses this flexibility to pick crucial heroes such as Razor and Ember Spirit and be comfortable enough to let either of their carries use them.

The backbone of the team is dark, the team’s captain and hard support. Another former mid player (the team is full of them), dark is most likely the reason for the team’s carry-centric draft style. Often, Keen aims to have its 1, 2 and 3 positions stacked with hard-scaling heroes who crush in the late game. When this works, the team can perform to its full potential, but it’s also a very binary strategy.

The rest of the team are, of course, vital parts of the whole roster and all veterans of the Chinese Dota scene. In fact, much of Keen’s success has come in domestic tournaments and events. Seeing them perform at TI will be interesting, given that they were frequently shuttered in the China Qualifiers by regional rivals Vici and LGD for much of the season.

This International is the organization’s first, and only two of their players, eLeVeN and Kaka, have been to a TI before. To achieve success, this veteran roster will have to keep their heads about them and adapt their binary playstyle into something that can carry them through groups. Then, if their carries are playing well, and the drafts land in their favor, Keen Gaming might be able to take gold on home turf.