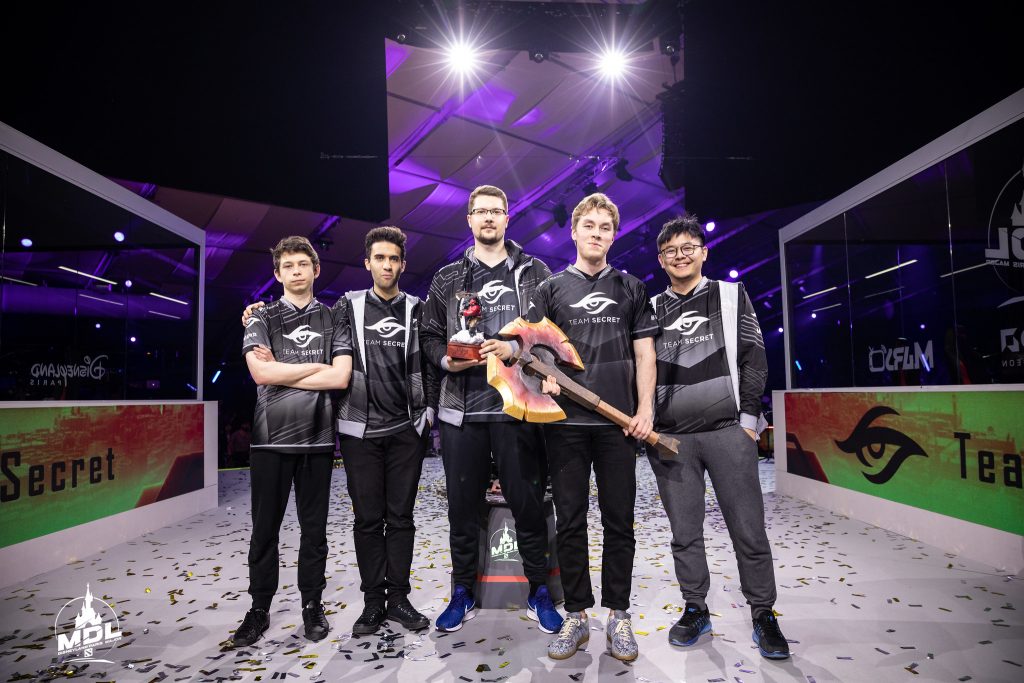 Team Secret have a huge target on them at TI9, after winning two Majors this season. Image courtesy of Elliot Le Corre for Mars Media.

With The International 2019 looming, there are 18 teams gearing up for the year’s biggest event. Where better to start than with the number one team on the Dota 2 Pro Circuit? Mind you, does Team Secret really need an introduction?

Every year there’s a team who heads into The International with a huge target on their backs. Usually, they’ve been on top all season, with great players in each role and a massive fanbase cheering them on. And the bad news? They also tend to flame out of the competition far earlier than expected.

This year, Team Secret wants to avoid being that team. Secret are already going to TI as the Kings of the Dota 2 Pro Circuit, bullseye firmly in place.

To be clear, Team Secret has been in this position before. They were favorites heading into The International in 2015, and they dropped out after making it into the top eight. Puppey and Zai are both veterans of that attempt and, surely, they’ve learned from their mistakes. Right?

Besides which, if we’ve learned anything, it should be to expect the unexpected at TI. What would be more unexpected than the top team in the scene actually pulling off the win at TI9?

.@teamsecret are the leaders of the Dota Pro Circuit 2018-19. What a dominant season they've had with 2 Major wins and a Top 4 finish in all but one. Congratulations!

This is a roster with five incredible and interesting players. But there are two whom I would highlight in particular.

The first is Nisha. He’s only 18-years-old and will compete at his first TI. This Polish player joined Team Secret at the start of this DPC season. And while there’s not much else comparable between the two teams, having a young first-timer is something that this roster of Team Secret has in common with the OG squad who won TI8. If nothing else, Nisha’s proven to be a powerhouse carry player. He has an impressive 7.79 KDA in the last six months (over 119 matches). With the support of his team, he could be primed to take home the Aegis.

And if there’s any reason to think Team Secret can push through and surprise us, it’s Puppey. Puppey remains one of the strongest captains in the scene. In addition to strong drafting and being a fantastic support player, he’s one of the Originals: a player who has had consistent success since the first days of Dota 2. Puppey is also one of only two players to have competed at every TI, an honor he shares with Team Liquid’s captain, Kuro “KuroKy” Salehi Takhasomi.

And that’s not to take away from the other three players on the team. Zai, Yapz0r and MidOne are all capable of brilliance in their roles. How else could the team be so successful for an entire season?

Last year, the team fell out of TI in fifth-sixth place after losing a lower-bracket series versus Team Liquid. Notably, Puppey played game one on Chen. He’s one of and arguably the best Chen player in the world. He paired the hero with MidOne’s Storm Spirit, creating some memorable moments such as this attempt to hold the base:

In 2019, for Team Secret, it’s just a matter of staying on the same page and not underestimating any of their opponents. Really, they just need to keep doing what they’ve done all year already— except, you know, with a few surprises to keep the other teams off-balance.