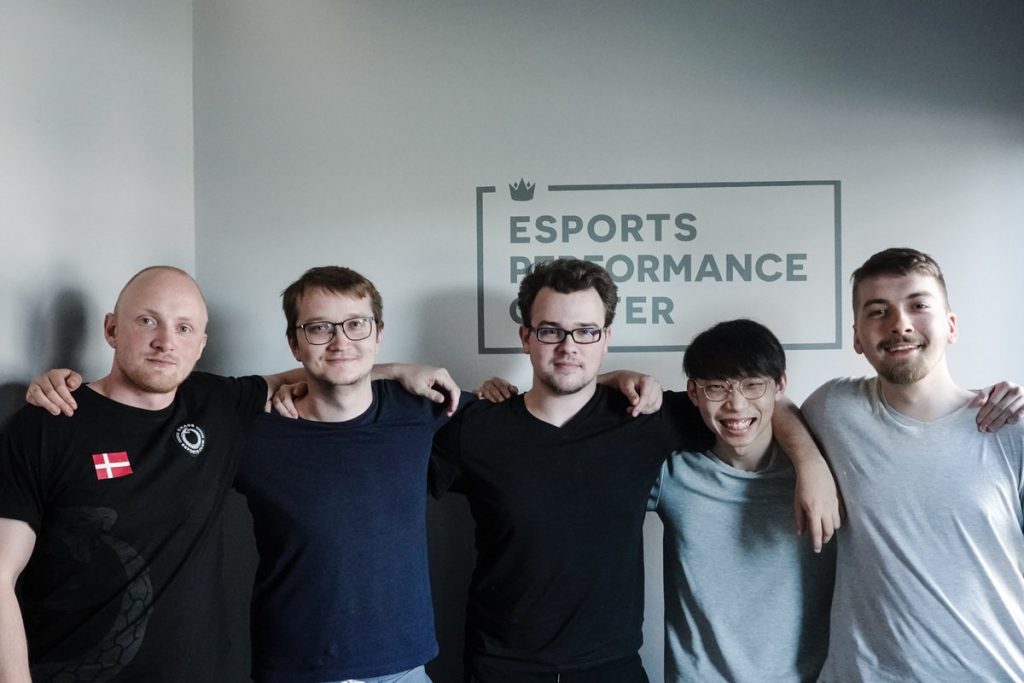 Chaos EC is a roster of fantastic individual players who need to quickly learn to play as a team. (Image via Chaos Esports Club)

Europe is riding high in the competitive Dota 2 scene, with its representatives victorious at the last two Internationals. This year, the region is sending seven teams to compete at TI9, and no one would argue that European teams have a high chance to pick up a third championship. But, perhaps the most outside bet of those teams is Chaos Esports Club. An EU team with US ownership, this last-minute coalition of esports journeymen has a lot to prove going into the year’s biggest tournament.

Chaos Esports Club is a difficult organization to pin down in terms of quality of play and tournament potential due to how fluid its roster has been as of late. The organization will be better recognized by some as Digital Chaos, runners up at The International 2016. After failing to replicate their success, the team disbanded. In June, the organization rebranded to Chaos Esports Club, but they lacked a Dota 2 team.

In January 2019, the organization rejoined the Dota 2 scene, acquiring the roster of paiN Gaming, and with them, familiar faces Aliwi “w33” Omar and MISERY. This lineup had a moderate amount of success, securing several mid-table finishes in DPC events. However, beginning in May, the team made a series of roster changes. After w33 took a leave of absence due to health reasons, Otavio “tavo” Gabriel and Danylo “Kingrd” Nascimento were removed from the team, forcing the organization to start competing in Europe. KheZu and MiLAN were signed to replace the departures, while Nico “Gunnar” Lopez stood in for w33. In June, w33 would leave the roster for Team Liquid, with the player he replaced on TL, MATUMBAMAN, joining Chaos E.C. days later.

MATUMBAMAN’s “swap” to Chaos EC was last piece of the puzzle. (Image via Chaos Esports Club)

Following this dramatic roster swap, vtFαded would join Chaos E.C.. We finally had the team that would attempt to qualify for TI9. In the Europe Qualifier, this latest iteration initially looked sloppy, no doubt a victim of its roster turmoil and a lack of experience playing together. After an average performance in groups and an early trip to the losers bracket, Chaos E.C. came to life. They thrashed Aachen City Esports, Hippomaniacs and The Final Tribe in an undefeated run to eventual victory.

It was during this qualifier when MATUMBAMAN really began to shine for Chaos EC. Some had seen his departure from Team Liquid as a condemnation of his abilities. And with Liquid’s success in recent tournaments, the narrative had shifted to show that without him, the team was perfectly capable of winning. After this qualifier victory, MATUMBAMAN is now positioned to take revenge on his former squad. Throughout the matches, it was Chaos E.C.’s mid laner who was the backbone of the team—a former TI champion, with a chip on his shoulder.

If MATUMBAMAN is the in-game heart of the team, then the out-of-game heart is MISERY. Filipsen has played for dozens of organizations, in a storied competitive career. He’s been victorious in many majors tournaments, although a TI title has narrowly eluded him. MISERY’s strength is his game knowledge. Having played every single role in the game at the top level, there’s very little he doesn’t know about matchups and laning. The team will rely on this incredible knowledge base as they make their run at TI9.

Overall, Chaos E.C. is a team made up of players who’ve either recently been dislodged from, or never quite found, an organization to call home. There is no doubt this is an experienced roster of top quality players. But questions remain about how well they will play together on the biggest stage in the game. However, if this team can find common ground, there’s little stopping them from taking on the biggest names in Dota 2 and winning.