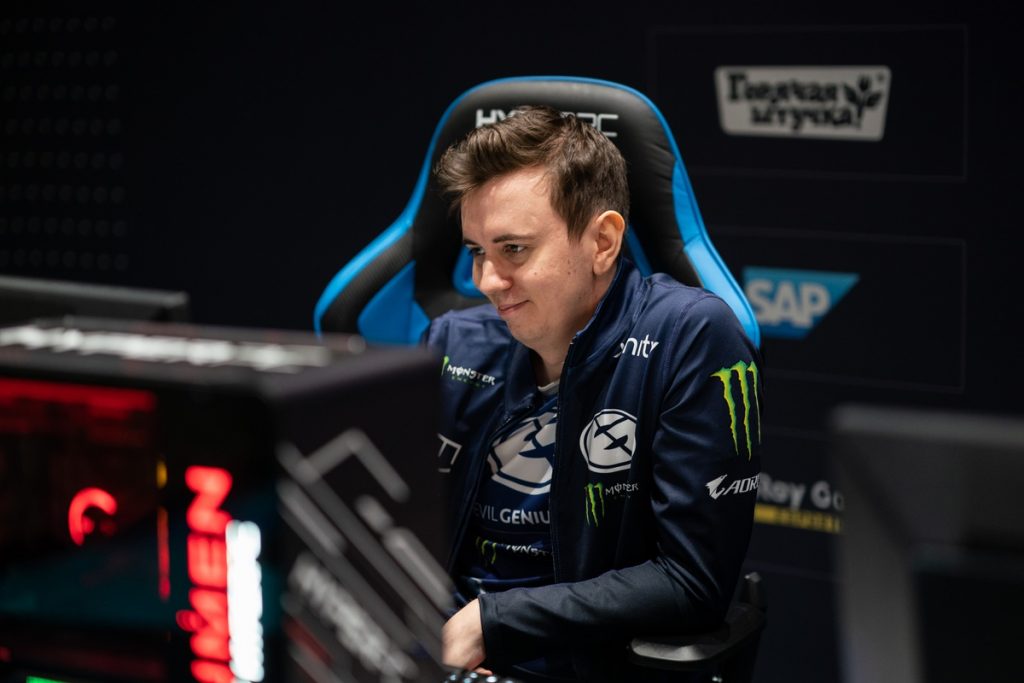 Evil Geniuses have been strong all season; but can they step it up that extra notch for TI9? (Image via Epicenter)

The International 2019 will soon be upon us and with it, it’s time we talked about the highest-ranked North American team on the Dota 2 Pro Circuit – Evil Geniuses.

There are a few esports curses but none are as notable as EG’s third-place curse. This DPC season was no exception for the team. Placing third at three Majors this year, EG has not been able to close out any tournaments. But the NA squad has consistently looked good going into every tournament this year, including the ones they one they didn’t perform as well at like the EPICENTER Major.

Whether it’s a third-place curse or simply their inability to outperform top teams like Team Liquid, Team Secret or Virtus.pro, EG will have to work harder if they have any chance of placing higher than third at TI9.

The good news – they have a massively loyal fan base, a solid roster that hasn’t changed in a year, they dropped their “slow to perform” mentality in tournaments,  and they have one of the best mid players in the scene.

Bad news? They have an ill-matched tempo thanks to a farm-intensive carry and a quick-paced mid player, and their drafts have become rather predictable. EG often struggles against teams like Team Secret, whose playstyle is far too cohesive for the disjointed EG and Ninjas in Pyjamas who read EG’s drafts with ease – easily out-drafting them.

The two-fold tempo issue starts with SumaiL. SumaiL won his first TI back in 2015 and has only gotten better at his craft since. While he can occasionally lose the lane to his opponent, SumaiL has an average of 10.4 kills per game and 10.1 assists. In tournaments, you can often find casters discussing how unfair it is that even in unfavorable lanes, SumaiL still outplays his opponent. In essence, he’s a beast in lane.

While having such a young and experienced player like SumaiL definitely adds to why EG is so successful, he alone cannot carry the team. SumaiL’s aggressive playstyle allows for complete dominance in lane, but that’s often thrown away by the mismatched tempo of his teammates. And that’s where the second part of the problem comes in – Arteezy.

Arteezy has been with EG since 2016 but has always struggled to find pace with his teammates – especially when it comes to the farming tempo of his lane. Arteezy struggles in matchups where his opponents put pressure on his lane or disallow him to jungle for extended periods on end. He’s a farm hungry carry who often disregards his teams needs for his own and it comes at great expense. Sure farm is important, there’s no denying that, but it’s not worth dying in top lane constantly for because you place more importance in farm than you do positioning.

This mismatched tempo between the hyper aggression of SumaiL and Arteezy’s slower, afk-faming pace often spells out disaster for the team – with their supports and offlaner caught in the crossfire.

It’s important to point out that while these two superstar players have contrary playstyles, there is one person who we’ve neglected to talk about who arguably brings more experience and talent to the team – the Million Dollar Dream Coil player, S4.

S4’s TI-winning-play back at TI3 is one of Dota’s biggest plays of all time. His playstyle, his drafting, and his experience are all attributes that have helped EG grow this season of the DPC. His last-minute pre-TI8 addition, along with Fly, to Evil Geniuses was questionable. But after a full year with Evil Geniuses – we expect big things from the TI3-winning, former Alliance captain.

Evil Geniuses fell last year to OG in TI8’s upper bracket after a successful main stage and upper bracket run, forcing them into the lower bracket – a familiar place for EG prior to this year. Before this season of the DPC, EG had been a lower-bracket-run team, but that seems to have changed this year – a good indicator of their growth and potential success at this year’s TI.

This year, they seem to have grown into a more dependable team that doesn’t take a day, or longer, to perform well. Being aI mlower-bracket-run team generally means that you aren’t able to perform well out of the gates so moving way from that spells out success and growth for EG. They’ve started waking up earlier or drinking coffee before a match – either way, it’s great to see them lose the need to warm up in tournaments.

EG’s TI9 roster is strong. They’ve found the synergy that was desperately needed last year. And their third-place problem isn’t so much an issue as it is a demonstration of their consistent placing. For EG, their performance in Shanghai will be based on whether or not they can find the right drafts for SumaiL and focusing on a strong in-game tempo that matches all their players.

And if all else fails? Third-place again really wouldn’t be all that bad.