Judging the Mighty in the Online Era of CS:GO 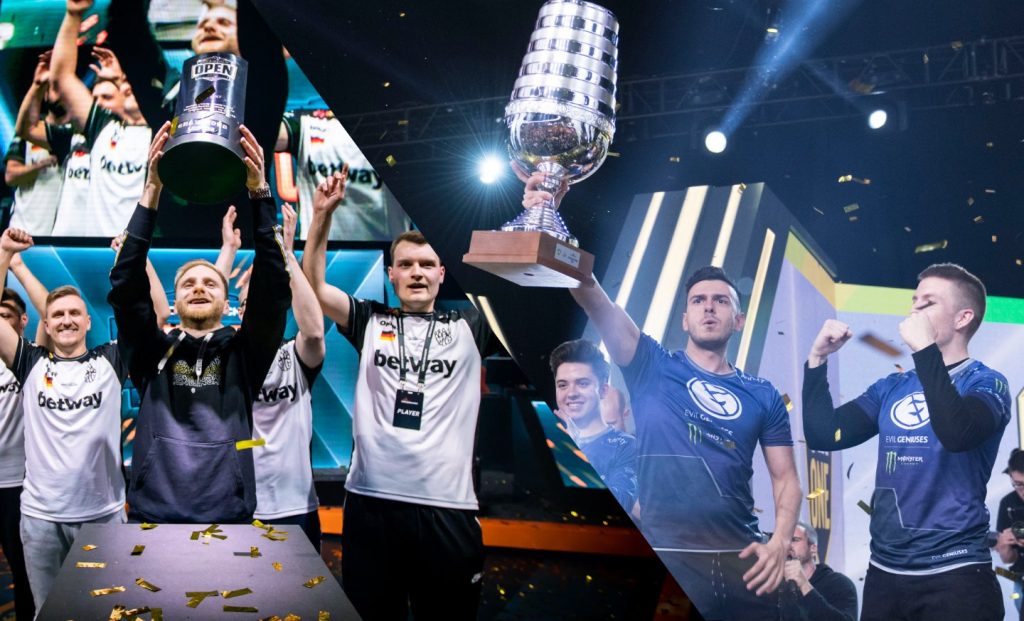 BIG and EG have the most tournament wins of the past few months at just two apiece. (Photo courtesy DreamHack/ESL)

Ever since the start of the global COVID-19 outbreak in late February, Counter-Strike: Global Offensive has been soldiering on via online play. Tournament organizers have worked to make sure that their events still take place in as fair a capacity as possible. To accomplish this, tournaments have been split up by region to make sure all teams playing can get a good connection to local servers with equalized ping.

A side effect of these new regional formats is that it is much more difficult to determine who the best team in the world is. Global rankings have been all over the place in the past five months, as have individual tournament results. Only two teams have won more than one A tier or higher event since online play began.

In addition to this regional split, the usual concerns about online play having more variance than LAN furthers the discussion about team rankings. Some mainstays of the top level of competition have fallen by the wayside, while some unexpected squads have risen to the challenge. The question of who is dominating this online era of CS:GO is both simple and complex. 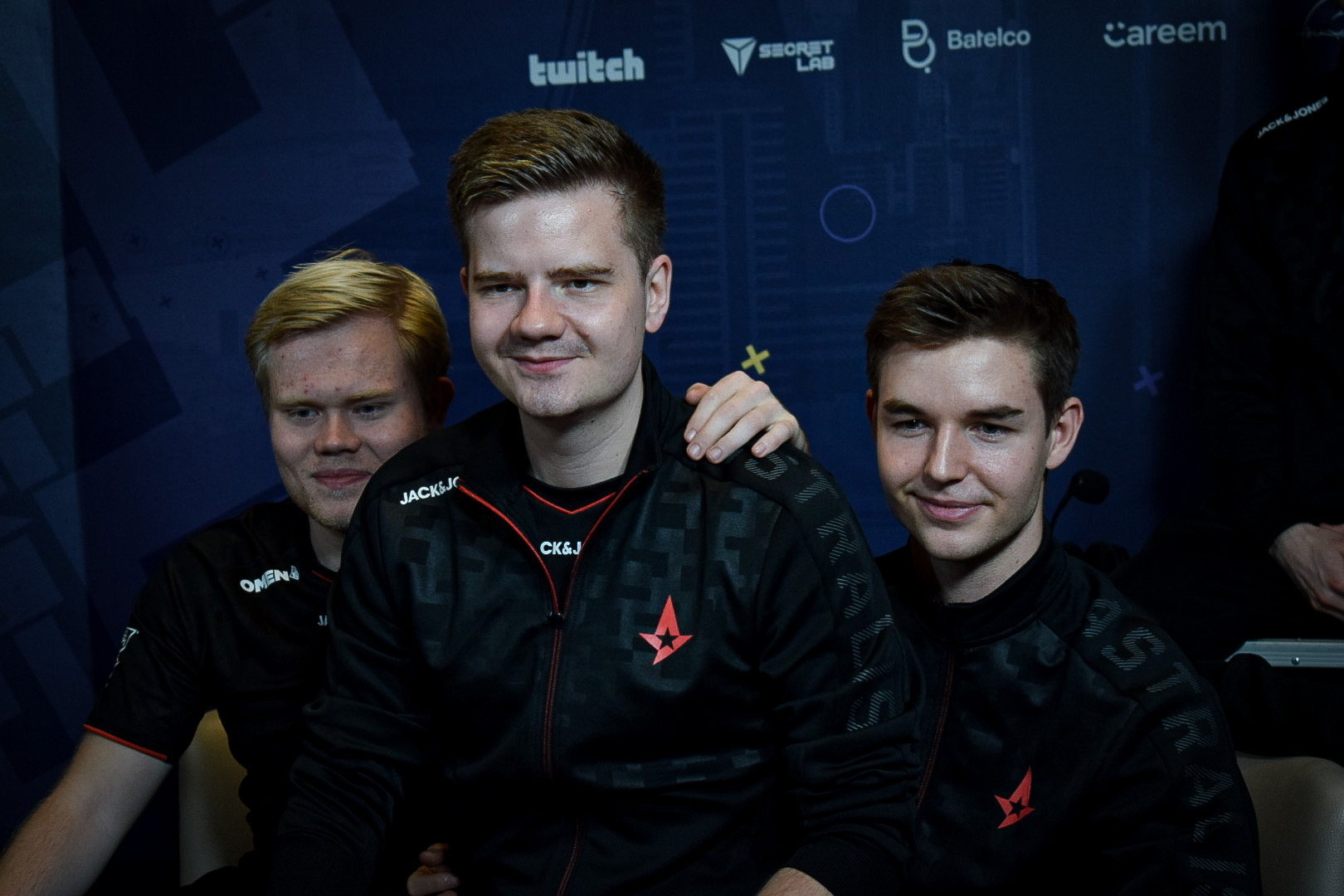 The three remaining members of the Astralis core have a lot of work ahead of them to become a title contender once again. (Photo courtesy Astralis)

At the start of the online era, Natus Vincere had just won IEM Katowice and taken the number one spot on HLTV’s rankings. Right below them in the standings was Astralis and mousesports. At the tail end of 2019, these two teams had been dominating event after event. They were indisputably the hottest teams coming into the year.

Right after IEM Katowice, mousesports earned a runner-up finish at ESL Pro League S11 EU, the first LAN turned online tournament. Astralis then took the win at the first RMR event, Road to Rio EU. Ever since then, the results have been extremely underwhelming.

Astralis have had numerous roster issues stemming from core players taking breaks due to burn out. Andreas “Xyp9x” Højsleth and Lukas “gla1ve” Rossander both went inactive in May. Since then, Astralis has tried to fill in the cracks with multiple signings. All they have to show for it is an elimination from BLAST Premier Spring in the Showdown qualifiers and a 9th-12th finish at DreamHack Masters. They haven’t participated at an event since early June. These results coupled with uncertainty about the roster have caused Astralis to drop out of the top 10 teams for the first time since November 2016.

Mousesports have also had a massive downwards spiral, although not due to any roster changes. In the four events they have played in since ESL Pro League S11, they have been eliminated first in all but one of them. No one can say for certain what has happened to the team that had taken the scene by storm. They simply look like shells of the mousesports that made five straight finals to close out 2019. 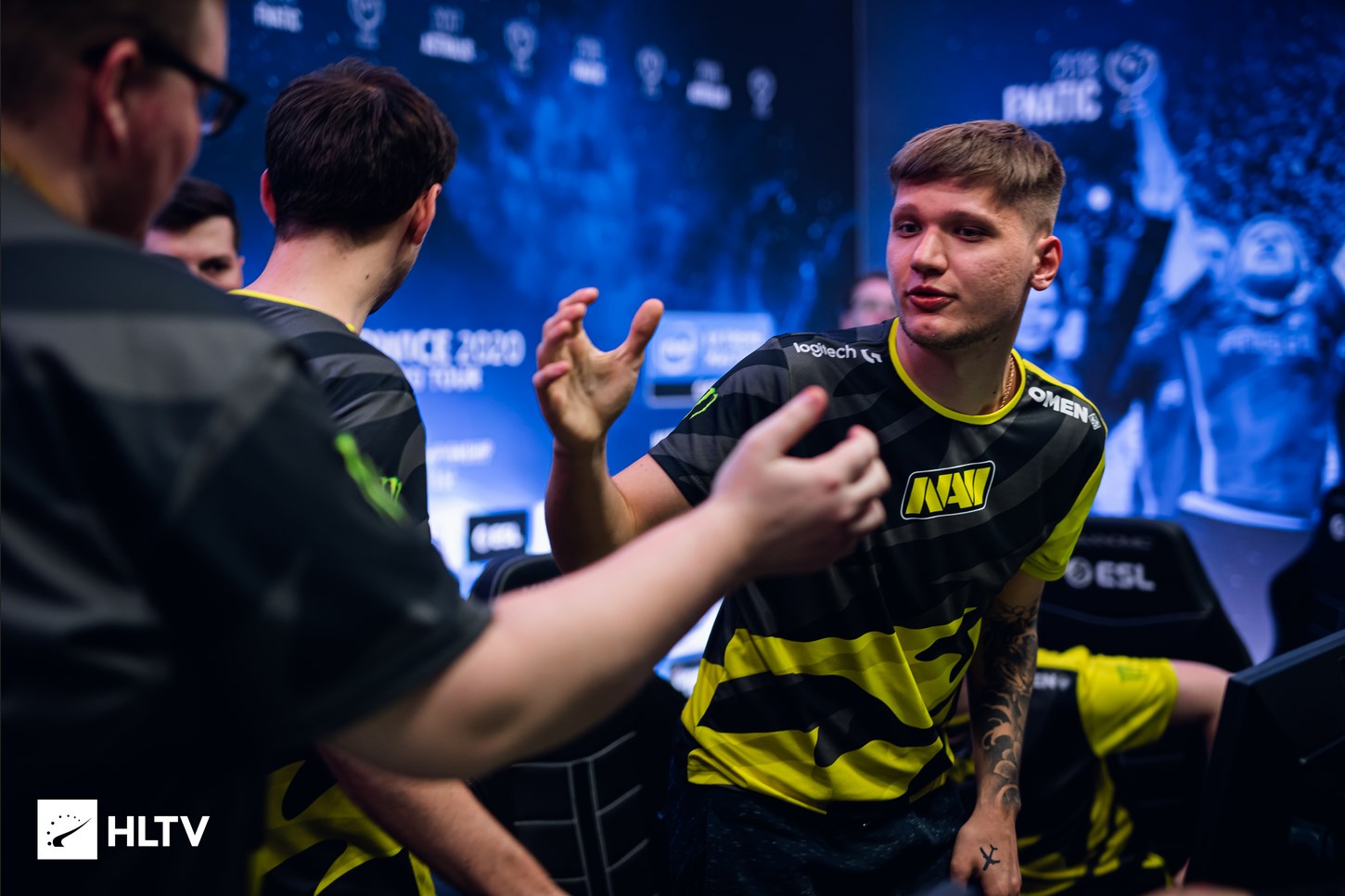 Na’Vi have managed to keep up the consistency while playing online. (Photo courtesy HLTV)

As previously mentioned, tournament results during the online era have been all over the place. Plenty of top teams have had at least one really good showing, sometimes culminating in a big win.

Fnatic and Team Liquid took their respective regional ESL Pro League S11 titles in late April, but haven’t gotten close to another one since. Fnatic even held rank one for a week after their win. In terms of overall ranking difference, they and Liquid started March in 6th and 5th and now sit in 7th and 8th. FaZe Clan have seen some positive change, going from 8th to 6th over this period. Aside from cs_summit 6, FaZe have placed between 5th and 3rd at every online event they’ve attended.

FURIA and Gen.G took DreamHack Masters and Road to Rio wins respectively, cementing themselves as competitors in North America. Although both teams currently sit outside of true elite status, there was a point where FURIA were regarded as potentially the best team in NA. Their rank four peak lasted only one week.

Team Spirit have shown up strong in the CIS RMR events, taking first and second place. Na’Vi turned their early exit from Road to Rio around to win WePlay! Clutch Island. Performance in the CIS region aside, Na’Vi have been doing alright in the greater European events. They placed 4th in ESL Pro League S11, DreamHack Masters, and BLAST Premier Spring Finals. Despite not winning a big event, Na’Vi have still shown enough consistency to hang with the best and currently sit at a fitting 4th in the world rankings. 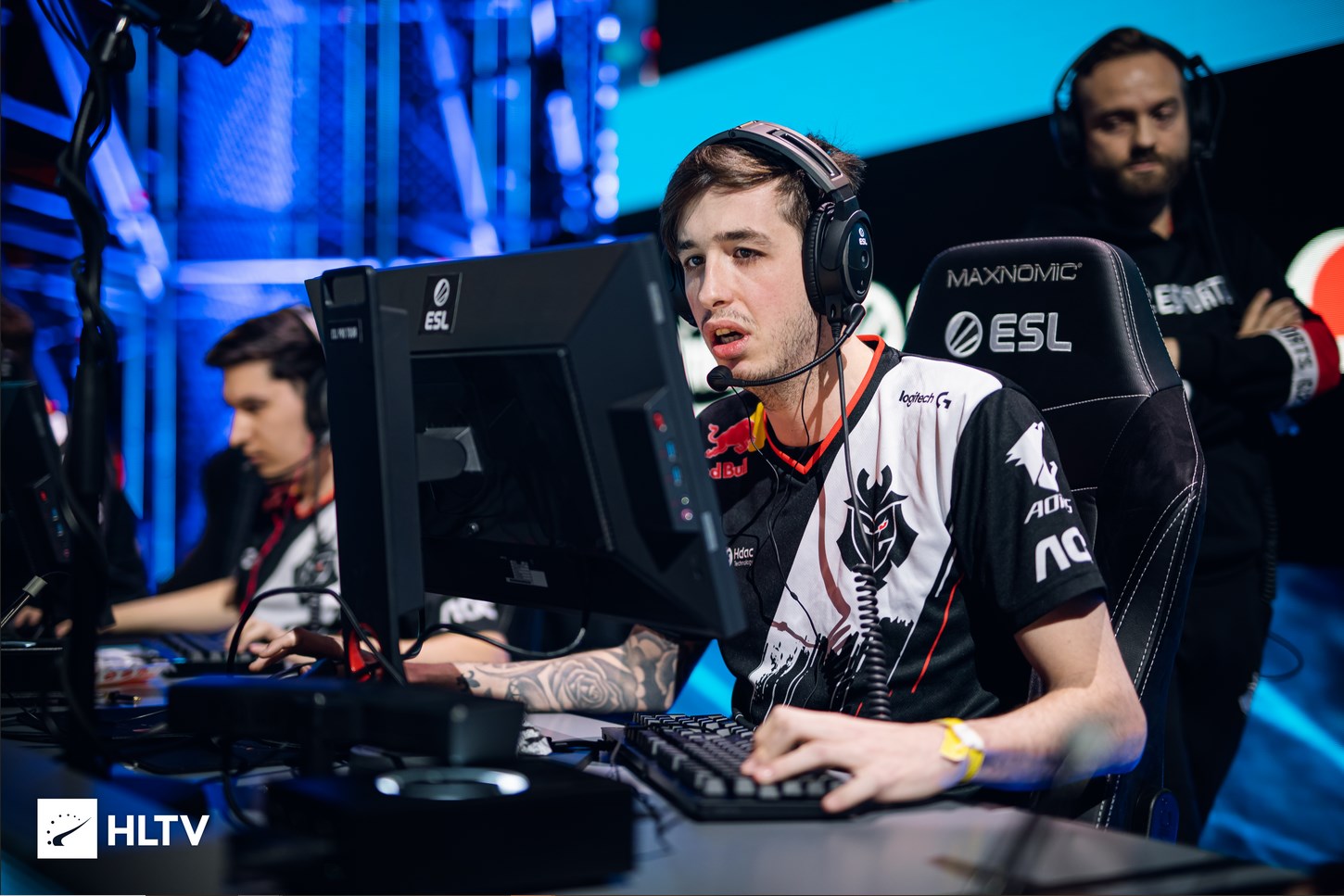 G2 has come so close to a title on multiple occasions, can they finally earn one during the online era? (Photo courtesy HLTV)

No CS:GO  teams have been more bittersweet than the French squads of Vitality and G2 Esports. G2 came into online play after a second-place finish at IEM Katowice. They were looking in form and primed to take a big event sooner or later. Unfortunately, they have fallen just short on multiple occasions.

G2 got smashed by Astralis in the Grand Finals of Road to Rio after running through the entirety of the Losers’ Bracket. At DreamHack Masters, G2 topped their group then swept Na’Vi on their way to Winners’ Finals. There, they faced the biggest surprise of the tournament in BIG.

G2 bested them in three games and earned a one map advantage in Grand Finals. They even won the first map, putting themselves on championship point. Then it all went downhill. G2 lost three maps in a row, giving up the first ever reverse sweep in a best-of-five with a free map in tier one CS:GO history. G2 haven’t placed above top six at an event since then.

Vitality began offline play with the loss of their in-game leader Alex “ALEX” McMeekin. They picked up a young rifler named Kevin “misutaaa” Rabier and started working out their issues. Although their early events went good at best, their form was steadily improving. At BLAST Premier Spring Finals, Vitality showed what they could really do.

After losing in round two to FaZe Clan, Vitality ran back through the Losers’ Bracket all the way to Grand Finals, sweeping FaZe in the process. However, facing them down was a Complexity squad that would not be denied. Vitality lost the series and took second place. They would once again come up short in the Finals of cs_summit 6 against BIG in a grueling five map series.

French CS:GO squads being 0-4 in online Finals still implies that they’ve made four Finals appearances. Vitality and G2 are ranked 2nd and 5th right now, which is still extremely respectable. They’ve been two of the most consistent teams recently, but they just can’t clear the final hurdle. 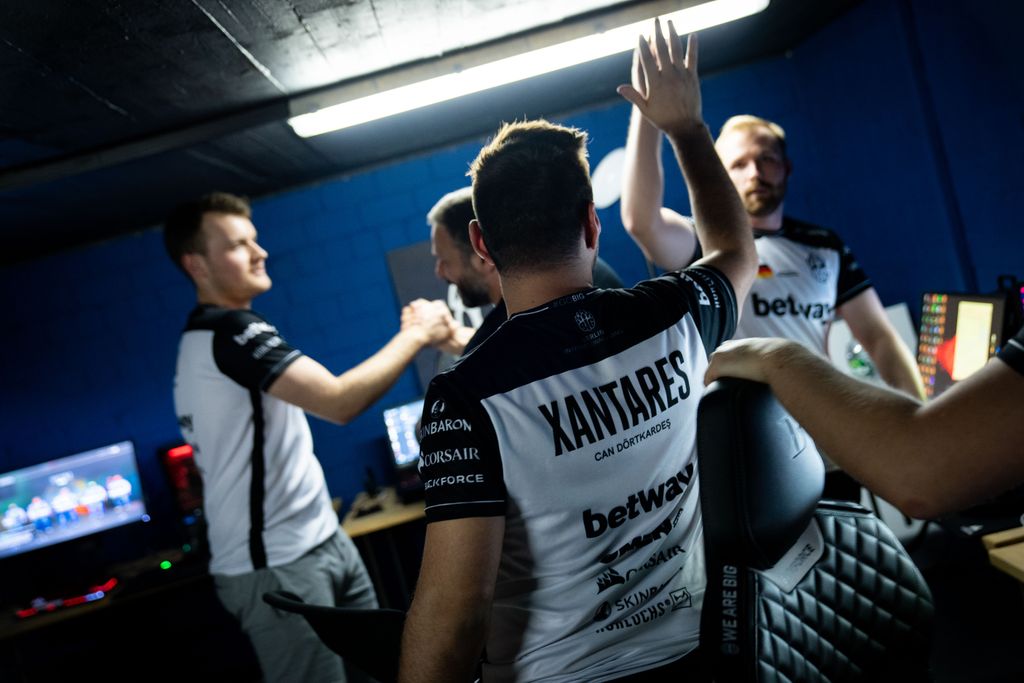 BIG go into the player break as the number one team in the world thanks to their recent standout performances. (Photo courtesy BIG)

When reading the previous segment, one thing should stand out. Since when were Complexity and BIG championship level squads? Coming into the CS:GO online era, Complexity had shown glimpses of greatness at BLAST Spring Regular Season, but were inconsistent. BIG weren’t even present at any top tier events at this point. The two teams were ranked at 16th and 20th in early March.

Complexity’s performance at the BLAST Regular Season booked them a spot in the Finals. Few thought they would actually go far in the bracket. After taking down Na’Vi in round two, those thoughts quickly changed. Complexity would end up winning the Grand Finals despite getting smashed in map one. The juggernaut finally showed that they belonged in tier one CS:GO.

As for BIG, their hot streak started at DreamHack Masters. They qualified as the winner of the lower tier DreamHack Open Leipzig in January and were hardly on the radar. BIG went undefeated in their group, but the narrative of facing weak teams held into playoffs. That was until BIG stomped FaZe Clan twice in a row then reverse swept G2 for the trophy.

BIG then had a similar run at cs_summit 6 which culminated in a Grand Finals revenge win against Vitality. They became one of just two teams CS:GO worldwide to win multiple A+ tier events and are currently the top ranked team in all of Counter-Strike.

The other team in this category is Evil Geniuses in North America. Their wins came at BLAST Premier Spring Finals and cs_summit 6. Before those titles, EG had not won an event since October of last year and were continually slipping down the rankings. They dropped all the way to rank 12 and were falling out of conversation for the best team in NA. Now, they are ranked 3rd worldwide and have beaten Liquid and FURIA multiple times in the past two months.

The online era of CS:GO has been an interesting spectacle to watch. Almost all predictions have gone out the window as chaos and instability have taken root. Instead of one team dominating, everyone has been fighting for their own piece of the pie. While BIG and EG are the closest to being frontrunners, anything can happen. ESL One Cologne was recently moved to an online format. Will a current favorite begin their online era dynasty, or will a new king take the unstable throne?