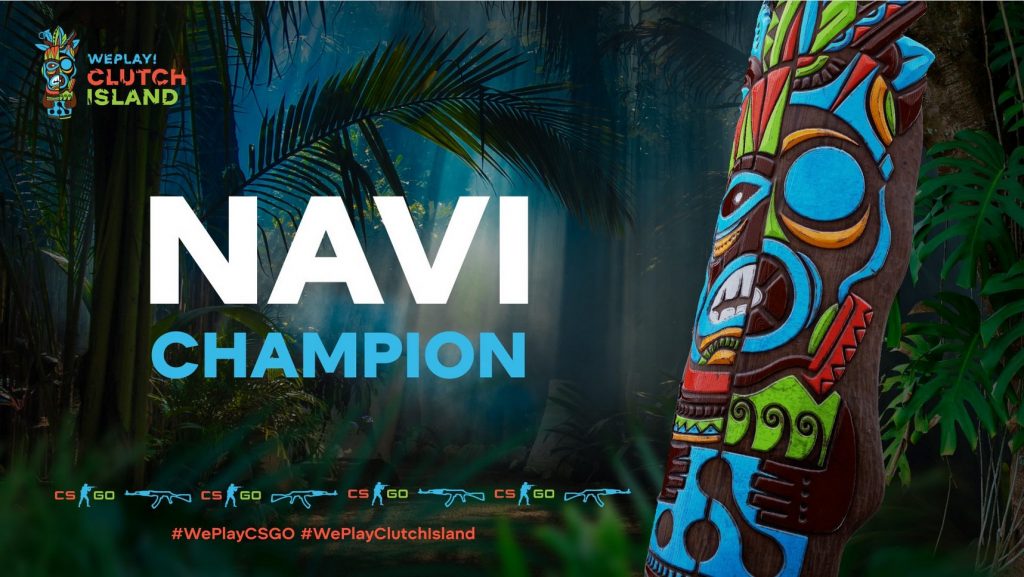 Na’Vi have made up for their abysmal performance at Road to Rio with a win here at WePlay! Clutch Island. (Photo courtesy WePlay!)

The CIS region’s second RMR event, WePlay! Clutch Island, has ended. After coming in second in their group, Na’Vi have come in to take the tournament victory without falling to the Lower Bracket. A 2-0 sweep of Team Spirit in Finals has given Na’Vi 2000 RMR points towards the Rio Major in November.

Na’Vi’s undefeated playoff run almost came to a roadblock in their first match. Their opponent was Nemiga Gaming who topped Group A over Team Spirit. Although Nemiga are ranked just within the top 30, they put up a performance worth talking about.

On their own Inferno pick, Nemiga showed great prowess on the T side. They took a dominant 11-4 lead before swapping to the defense. Na’Vi was clearly underprepared for this map, it being their second least played in the past month. Nemiga was able to close it out 16-11 to take a one map lead in the series.

It was now do or die for Na’Vi on Dust2. Both teams were ready to fight for every inch as the economy frequently swung back and forth. No team ever held a lead of over four rounds throughout the map. After two 8-7 T halves in a row, overtime would be needed to decide a winner. Na’Vi earned a 2-1 lead on their T side start which was matched by Nemiga, forcing a second OT. This time, Na’Vi secured a narrow 22-20 victory to tie the series up.

Nuke was the final map with Na’Vi having to start on the unfavorable T side. From minute one, Denis “electronic” Shapirov was on fire. He earned a pistol round ace to get Na’Vi started.

A 9-6 lead was the result of an above average attacker campaign. Electronic didn’t slow down on the CT side either, unlike the rest of his team. With cracks showing in the defense, Nemiga roared back to take a 9-6 T half of their own. It was time for another overtime, and who better to get it started than electronic?

Na’Vi’s next opponents were Virtus.pro. Despite the two teams being in the same group, this was their first and only meeting of cs_summit 6. Interestingly, VP opted to pick Na’Vi’s favorite Dust2 first. That gamble looked to have paid off early, as VP was able to take a strong 11-4 T side half. However, Na’Vi came out just as strong on their most played map in the last three months. They mirrored the 11-4 to force overtime. An unorthodox 4K from Dzhami “Jame” Ali was the catalyst for VP to secure a 19-17 victory.

Now on Overpass, Na’Vi held a playoffs debut party for Aleksandr “s1mple” Kostyliev. S1mple had been struggling to get going against Nemiga and early against VP. Now, he was the biggest player on the sever.

With a spot in Finals on the line, the teams loaded into Train. Virtus.pro had the privilege of starting on CT side, but something looked wrong from the start. They were being run around the map by a much fresher looking Na’Vi squad. Together, electronic and s1mple combined for 32 kills in the first 15 rounds. When the dust had settled, Na’Vi held an 11-4 lead. Virtus.pro would not take a single round on their attack. After a short clean up, Na’Vi confirmed the 16-4 finish and a spot in the Grand Finals.

While both of Na’Vi’s matches had gone to three maps, Team Spirit had just come up through the Losers’ Bracket after a round one loss. This match between the top-rated team in the region and the winners of the first RMR event would determine who took home 2000 RMR points. Unfortunately, the sparks would only fly from one side.

Na’Vi’s recent T side dominance would continue on their Mirage pick. Kirill “Boombl4” Mikhailov took the reins, earning 15 kills on the attack, backed up by 12 from Ilya “Perfecto” Zalutskiy. Another 11-4 half was the result, putting Na’Vi in prime position to close out the map. S1mple himself got involved in the domination with a 1v3 clutch to put Na’Vi on 14 rounds.

After quelling a small streak by Spirit, Na’Vi came out on top 16-9.

Spirit tried to take a page out of Virtus.pro’s book by picking Dust2 against Na’Vi, but it wouldn’t work nearly as well this time. They barely eked out an 8-7 T side lead before Na’Vi suited up and shut Spirit down. A complete annihilation of Spirit’s defense ensued with Na’Vi taking nine of the ten remaining rounds. Every player on their squad had a positive K-D ratio as the final bell sounded. The 16-9 finish crowned Na’Vi champions of WePlay! Clutch Island.

Spirit have no reason to be too upset. By taking second place, they earned 1875 RMR points for themselves. Combined with their winnings at Road to Rio, Spirit still holds the number one spot in the RMR rankings. They sit just 45 points above Na’Vi.

Na’Vi have now righted the wrong of their Road to Rio performance. Barring a collapse at the third and final RMR event in the Fall, Na’Vi’s 150 point lead on Virtus.pro should be good enough to keep them in a Legend qualification spot at the Rio Major.