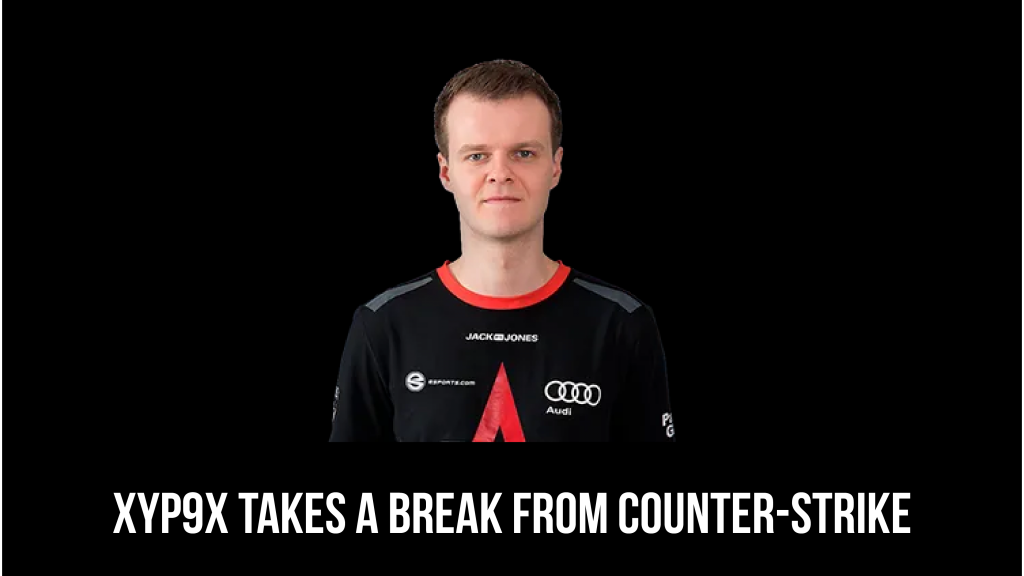 Xyp9x will be temporarily replaced by former Heroic player Snappi.

Astralis officially confirmed on Thursday that Andreas “Xyp9x” Hojsleth will be taking a break from Counter-Strike. He will be temporarily replaced by former Heroic player, Marco “Snappi” Pfeiffer, who was signed to a short term contract with Astralis until the end of July. The departure of Xyph9x follows the departure of Lukas “Gla1ve” Rossander, who went on leave from the Astralis roster due to medical reasons a couple of weeks ago.

"Andreas @Xyp9x is in the need of a pause from competing. The timing isn’t optimal, but we can't compromise when it comes to giving the players the best possibilities to maintain a healthy mental balance and to perform in the long term." – Kasper Hvidt, Director of Sports

The departure of both Xyph9x and Gla1ve in quick succession represents a temporary changing of the guard for the legendary Astralis lineup, who has seen unprecedented levels of success in the CS:GO pro scene over the past couple of seasons. Only time can tell when these players will return to the active roster, but it seems that what some called the “Astralis era” may be coming to an end.

“Andreas is in the need of a pause from competing,” explained Kasper Hvidt, the Director of Sports for the Astralis Group. “Needless to say, the timing isn’t optimal, but we cannot compromise when it comes to giving the players the best possibilities to maintain a healthy mental balance and to perform in the long term.”

The timing for Xyp9x and Gla1ve leaving is challenging for Astralis, since they are currently preparing for the BLAST Premier Showdown 2020. Obviously, dealing with large roster changes in the midst of tournament preparation is a big challenge. Making things more difficult, Astralis signed Patrick “es3tag” Hansen, however his current contract with Heroic won’t expire until July. Luckily, Snappi will be able to step in in the short term until Astralis can complete es3tag’s acquisition in July.

As Patrick @es3tag Hansen will only join the team in July, we are happy that Marco @SnappiCSGO Pfeiffer has agreed to step in immediately.#ToTheStars pic.twitter.com/zC3rqYqwgk

TIGER made an agreement with Heroic to acquire both Snappi and Owen “Smooya” Butterfield. However, according to HLTV, TIGER has decided not to go through with that deal, and will instead continue with their current lineup. TIGER’s decision was reportedly due to a renewed faith in their current roster, and was not in response to Snappi’s decision to play with Astralis. Following TIGER’s decision to back out of the deal, it is unclear what Snappi will do after his assignment with Astralis ends.

Just to make it clear, i will only stand-in for Blast and Dreamhack while @Xyp9x recover. Hopefully i can soon enough reveal more about what my upcoming team will be. But for now, it's time to shoot some headshots and try to copy the clutch minister as good as i can!

Astralis will kick off the BLAST Premier Showdown 2020 on June 1st, facing both Ninjas in Pyjamas and sAw in the first day of the group stage.