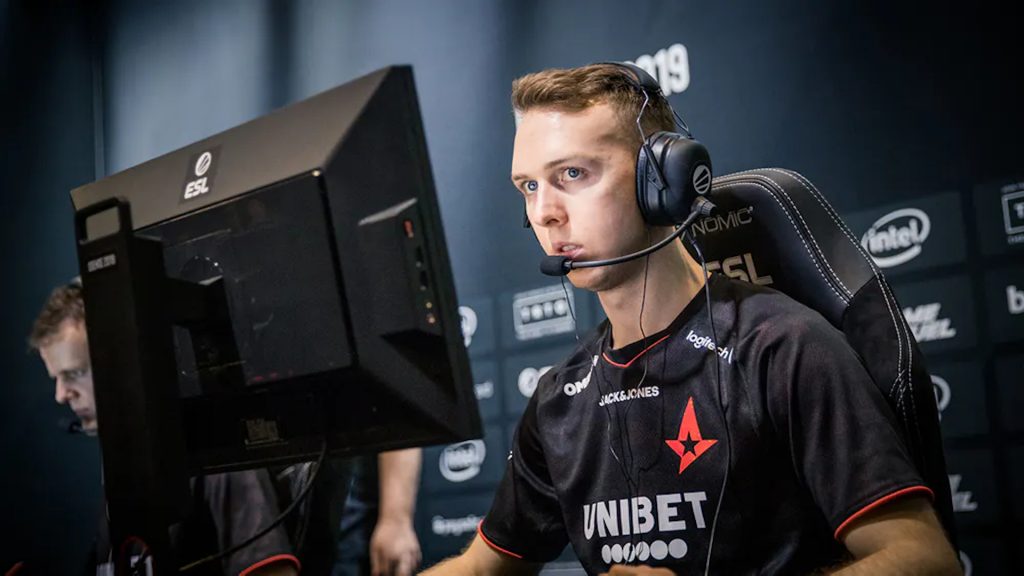 Gla1ve steps down from Astralis for three months due to burnout. JUGi to stand in his place on Astralis (Photo via ESL)

Lukas “Gla1ve” Egholm Rossander has announced he is temporarily stepping down from Astralis for health reasons. Stepping in for Gla1ve is Jakob “JUGi” Rask Hansen, who recently signed with the organization to form a seven-player team.

Gla1ve’s announcement came as a surprise to many in the CS:GO scene. The natural heel of the CS:GO world released a TwitLonger explaining his reasons for stepping down from the team. In the post, he reveals that his burnout is affecting him. This has gotten to the point where he and his doctor agree a break is needed. As a result, JUGi will stand in for Gla1ve while his three-month sick note persists.

Toughest decision of my life.

Kasper Hvidt, Director of Sport for the Astralis Group, said: “From the very first day, the health of the players is something that we have prioritized with our teams and it is part of the reason why we have announced the expansion of the Astralis roster. We want to give the players more opportunities to take breaks and rest when needed and we want to create  a culture, where the pressure is positive and all players can use their time and resources best possible.”

JUGi will quickly return to action after being sidelined from North for several months. Jugi was last active on January 17. The new North rebrand and roster changes had the former AWper sidelined until his contract expired in April. The AWPer’s return to action comes shortly after his signing with Astralis as he will play DreamHack Masters Spring. This information comes mere hours before Astalis is scheduled to begin their match vs Heroic as DreamHack Masters.

Astralis is in Group A alongside G2 Esports, Heroic and North. This group is active from May 19-May 21. The group operates off a best-of-three Round Robin system. Whether or not JUGi is ready to compete with the likes of G2 esports is not known. Astralis very recently dismantled G2 Esports in the Road to Rio tournament. Astralis looked like they were on top form at the event. However, with the IGL now off the team, Astralis’ strength is relatively mysterious.

You can watch the DreamHack Masters Spring tournament here.