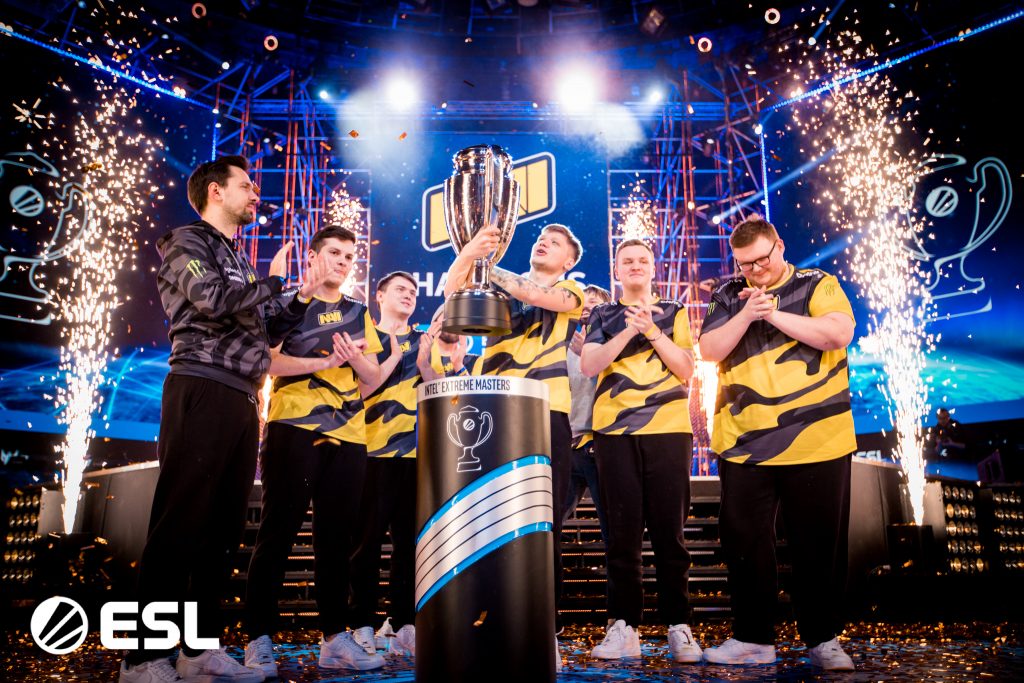 IEM Katowice, the week long celebration of the best Counter-Strike in the world, has concluded. The Grand Finals saw Natus Vincere demolish G2 Esports in a 3-0 sweep to earn one of CS:GO’s most prestigious titles.

Starting on the favored CT side on Nuke, Na’Vi quickly earned a 3-0 lead. G2’s gun round game plans revolved around outside smokes into secret. Unfortunately for them, Kirill “Boombl4” Mikhailov and the rest of Na’Vi were ready to deny it every time. G2’s one round came on a coordinated A site execute. Aside from that, G2’s pushes were stopped every time as Na’Vi crushed them from multiple angles.

Na’Vi won their T side pistol round on Dust2, but G2 defended the A site with a force buy right after. G2 earned five rounds in a row before Na’Vi finally took one back. The lead ballooned to 7-2 as G2 successfully shut down Na’Vi’s Catwalk and Long focused strategy. However, Na’Vi didn’t give up their game plan. They kept hitting the A bombsite, and eventually they got through. The last six rounds all went to Na’Vi as they stole the lead before half time 8-7.

The Na’Vi momentum was still going strong on their CT side. They picked up five of the first six rounds as G2’s economy couldn’t get set. In round 24, G2 tried a Catwalk to A site push. Nemanja “nexa” Isaković saved the round and the game for G2 with a 1v3 clutch.

From there, G2 went on a five round win streak to tie the game at 13 apiece. The A site was again the target in round 27 as Na’Vi won the retake to maintain the lead. G2’s next two attempts on A were also denied as Na’Vi took map two 16-13.

With their backs against the wall, G2 went to their Mirage pick. It would start off badly as they lost the first three rounds in spectacular fashion.

The gun rounds were also property of Na’Vi. They played a defense built around Mid with Oleksandr “s1mple” Kostyliev and Egor “flamie” Vasilev flanking it from Connector and Catwalk. G2 earned their first tick with an A site take in round seven, but it was all they could muster. Lightning struck twice as Na’Vi completed another stunning 14-1 half.

Three rounds into the second half, s1mple and flamie pulled off a 2v5 to secure the IEM Katowice title. The 16-2 map win confirmed the 3-0 sweep of G2 Esports.

Na’Vi’s first IEM Katowice title is certainly a well earned one. They played fantastically as individuals and as a team. This is also the first notch in their Intel Grand Slam belt, putting them in contention for it. It’s an exciting time for fans of Na’Vi and CS:GO alike as the best player in the world finally has a team of that same caliber around him.