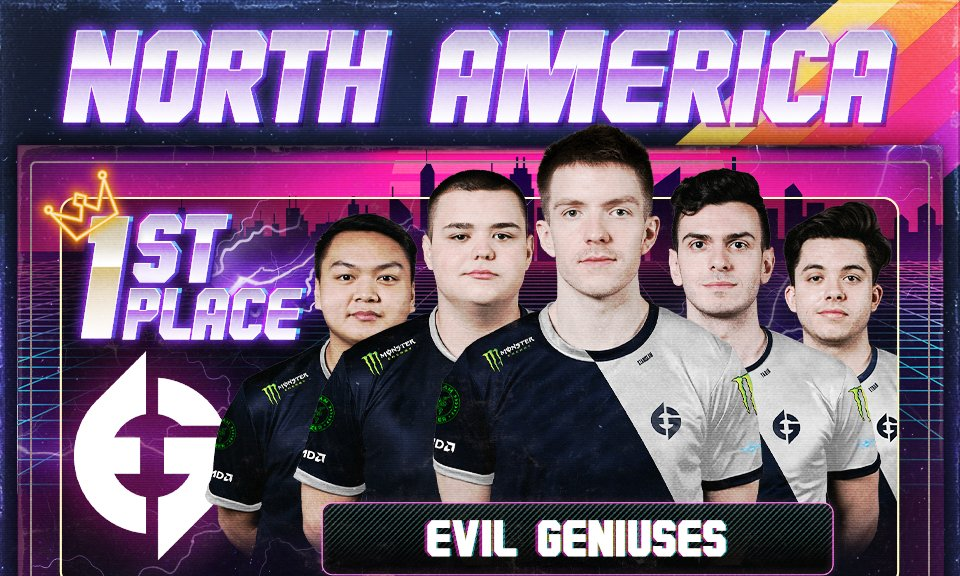 Evil Geniuses have trounced the competition to take 2000 RMR points at cs_summit 6. (Photo courtesy Beyond the Summit)

The North American side of cs_summit 6, the second RMR event for the Rio Major cycle, has concluded. What was a fairly open playoffs bracket full of strong teams quickly turned into a playground for Evil Geniuses. The winners of Group A put together another undefeated run, ending with a 3-0 sweep of Gen.G Esports in the Grand Finals. This time, they did it without dropping a single map.

On Top of Their Game

EG’s first matchup was against Gen.G. Gen.G picked Train, a map which neither team had played in the Group Stage. The Geniuses got off to a hot start after taking the pistol round and winning the initial economic tug-of-war. That advantage quickly snowballed into a 9-1 lead on CT side. However, Gen.G was able to pull back four of the last five rounds to make the score a manageable 10-5.

Gen.G then had a similar start to their defensive campaign. They tied the game up at 11 apiece before allowing EG to hit match point. Down 15-12, Gen.G put together two clutch A site holds to get to 14. Right when the game looked to be going to overtime, Tsvetelin “CeRq” Dimitrov pulled off a 1v3 to steal Gen.G’s map pick 16-14.

Now on a map they knew well, Evil Geniuses looked to close out the series. EG dominated Gen.G’s Inferno CT side with super aggressive play from Ethan “Ethan” Arnold and Tarik “tarik” Celik. The duo combined for 29 kills in the first half, giving EG an overwhelming 11-4 lead. Gen.G couldn’t rise to the challenge as Evil Geniuses ended the map 16-10 to advance to Winners’ Finals.

Their opponents would be Team Liquid. The two squads faced off in the Group A Winners’ Match which saw EG sweep the likes of Liquid. The rematch would go the same way. EG’s Inferno was still too much for Liquid to handle. They upped the T side aggression even higher than in the Gen.G match, taking an incredible 13-2 lead at the half. Liquid got five of their own before crumbling to Evil Geniuses 16-7.

Speaking of mirroring the Gen.G match, Liquid put up a very strong performance on their own map pick. On Mirage, Liquid came out guns blazing on offense. They were able to take an 8-2 lead before EG stabilized to mitigate the damage. Still, a 9-6 score for Liquid was very promising. After winning the second pistol, Liquid fell to EG’s force buy and gave up a string of rounds. With the score at 13-12, Liquid needed to close the map out. They won a 14th, but that was as far as they would get. EG went on a clutch four round win streak, culminating in a 200 IQ post-plant worthy of the Genius title.

Having stolen Liquid’s map from under them, EG completed the 2-0 to earn a spot in the Grand Finals with a one map advantage.

Team Liquid and Gen.G now had to face off in Losers’ Finals to determine who would rematch EG for the cs_summit 6 title. Liquid chose Nuke for their map which they won 16-13. Gen.G had the same 16-13 success on their own Mirage pick, forcing the series to a third map. Gen.G opted into Vertigo over Dust2. This was strange, since Gen.G had lost this map to Cloud9 twice in groups while Liquid beat FURIA on it to qualify for playoffs. Little did they know, Gen.G had a solid game plan.

They played a variety of A holds, ranging from aggressive on the Ramp to passive for retake. The mix-ups payed off, allowing Gen.G to take a 9-6 lead at the half. They then used a slow but calculated offense to clean up Liquid’s CT side. Gen.G took a decisive 16-9 to earn another showdown with EG.

For the Grand Finals, EG started with a one map lead. Wanting to make up that deficit as soon as possible, Gen.G chose the Train that they had nearly won on in Winners’ Finals. Unfortunately for them, EG had expected this.

With just one shot left, Gen.G needed to put everything they had into EG’s pick of Inferno. Although EG ended cs_summit 6 with a clean 5-0 record on the map, Gen.G put up the closest game of them all. At first, the game looked hopeless. EG had a 9-0 start on T side, much like their starts so many times before. However, Gen.G actually had a reply this time. Their own offensive campaign managed to start out 6-0. Rounds were then traded back and forth after both teams got settled. With the game tied at 14-14, EG made one last push for the title.

WHAT A WAY TO END IT 😱@EvilGeniuses are your NA #cssummit 6 ONLINE CHAMPS! 🎊

Unlike the RMR point races in other regions, the North American race is insanely close at the top. Evil Geniuses are now in second place behind Team Liquid by 100 points. Right behind them are Gen.G by just 75 points. 100 Thieves, Cloud9, and FURIA are all in the neighborhood as well. With only one more RMR event before the Major qualification spots are locked in, every single top NA team will be gunning for the three coveted Legend Statuses.