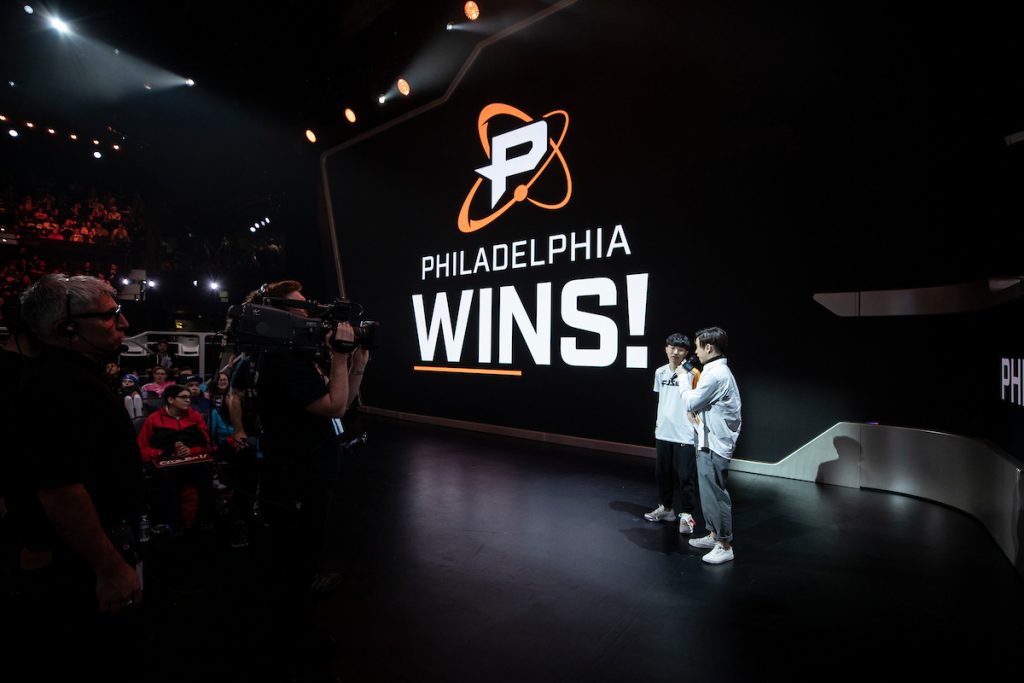 The end of the Overwatch League regular season is quickly approaching. There is now only one week of regular season matches left before the playoffs. Overwatch League teams came to their week 28 contests with varying goals in mind. While some teams were looking to snap up key victories to get the best possible seed, others used their matches as testing grounds for new strategies designed for the upcoming playoff meta, which will feature significant nerfs to barriers.

The final Hero Pool of 2020 rotated out Tracer, Genji, Zarya, and Brigitte. Genji and Tracer were heavily favored during July’s Summer Showdown and last week’s Countdown Cup. With those two DPS heroes unavailable, the DPS picks gravitated toward a diverse array of characters, including Echo, Widowmaker, Sombra, Mei, and even Junkrat. It will be interesting to see if any of those heroes stick around for the playoffs.

After losing to San Francisco Shock in the finals of the Countdown Cup, Philadelphia Fusion were given the opportunity to have their revenge on Saturday. They not only defeated Shock for the first time this season, they crushed them in a 3-0 sweep. With the victory, the Fusion clinched to the top seed in North America for the playoffs, while the Shock are now locked in for the second seed in North America.

Philly’s fantastic performance against the Shock highlighted the depth of their roster and their potential in the upcoming playoff meta. While the Shock continued to run their go-to strategies, which have worked well in the current meta, Fusion looked ahead, playing dive compositions and adapted double shield compositions which are designed to be effective in the new meta. Their strategies seemed to click immediately, while San Francisco struggled to find a footing in the series.

Although Fusion’s strongest attribute is their coordination and teamwork, Fusion main tank Su-min “SADO” Kim stood out as individually impressive in the match against San Francisco. His Winston performance was dominant, which is important since Winston will likely be a key hero during the playoffs. Heesu “Heesu” Jeong was named the player of the match for his stunning showing on Sombra and Junkrat. He has become a cornerstone of this DPS core over the past couple of months and Fusion are likely to continue to rely on him in the postseason.

Jae-Hyeok “Carpe” Lee returned to the Philly starting roster after his conspicuous absence during the Countdown Cup. Although he is widely considered a star player and is a 2020 MVP nominee, Fusion benched him during the Countdown Cup finals in favor of playing Heesu and Seung-hyun “Ivy” Lee. On Saturday, Philly returned Carpe to the lineup for compositions that require a Widowmaker. This bodes well for Carpe stans, since Widow is likely to be a key hero in the playoff meta, where some barrier characters are less powerful. 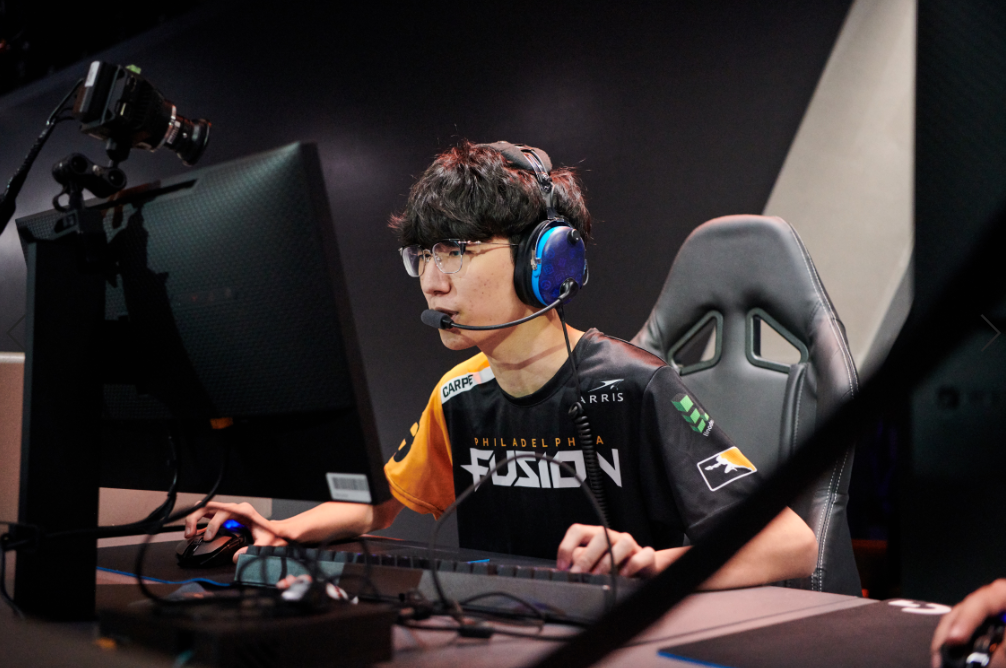 Philadelphia has faced scrutiny throughout the 2020 season, with many analysts questioning their ability to win a championship. Those doubts were fed even more by Fusion’s 0-3 loss to Shock in week 21, followed by another loss in the Countdown Cup. However, Sunday’s victory against flipped the script on the naysayers and showed that the Fusion does indeed have what it takes to win the 2020 championship.

Atlanta Reign showed off some experimental looks on both Saturday and Sunday. They lost Saturday’s match to the Paris Eternal in a thrilling and entertaining 2-3 bout. The series went to five maps and ultimately came down to the last team fight on the final possible point. After nearly defeating the highly ranked Eternal, Reign were then swept by the poorly ranked Vancouver Titans on Sunday.

During both of those matches, it was clear that Atlanta wasn’t focused on winning, per se. Instead, the team was focused on testing and preparing strategies for the upcoming playoffs. Florida already had a pretty significant lead over Atlanta in the standings, so even had they won their matches it was unlikely they would be able to clinch a top four seed to avoid play-ins. Instead of focusing on the win, they chose to focus on practicing their new strategies against high ranking teams. 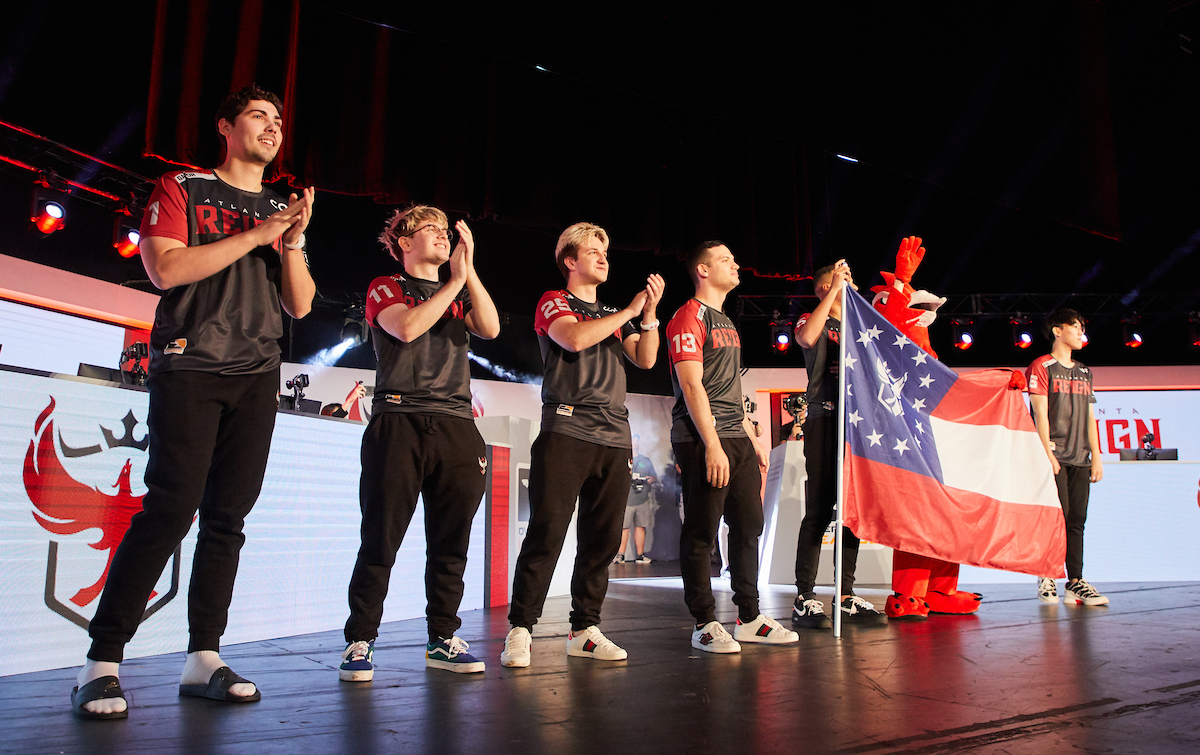 Reign showed off a number of novel strategies. The most notable strategy deployed by Reign was a unique Bastion-centric composition, which utilized aggressive Symmetra teleporter placements to move the Bastion player around the battlefield. They ran this composition in both of their week 28 matches, with Tae-hoon “Edison” Kim serving as the Bastion. They managed to pick up both of the maps on which they utilized the surprise strategy against Mayhem. The Titans, on the other hand, managed to find an answer to the Bastion play on Sunday.

Atlanta remains a wildcard candidate in postseason play. Support player Seung-hyun “Lr1s” Kim debuted on Saturday and Garret “Saucy” Roland is also very new to the team. The team still has some time to practice and get used to playing together before postseason competition. It’s clear they want to run some crazy compositions and try to catch people off guard, and they even showed it can work. If the Atlanta lineup can find a way to click and theory craft the right compositions, they may be able to find some serious success in the playoffs.

The L.A. Valiant came back from an 0-2 deficit on Sunday to reverse sweep the Florida Mayhem. The thrilling upset victory showed a spark of new life in the Valiant team just in time for their playoff preparations.

Valiant had a difficult season. They lost many of their veteran players and replaced them with young rookies. On top of that, they ended up losing a number of coaches due to the COVID-19 pandemic early in 2020. In the face of those setbacks, the Valiant roster has remained steadfast and determined, consistently improving from week to week.

Much of their improvement can be credited, at least in part, to the positive team culture championed by Head Coach and GM , Mike “packing10” Szklanny. Packing10 has put the mental health needs of their players first, focusing on improving their mechanical abilities and decision making instead of exhausting them with endless practice.

Valiant star DPS player Kai “KSP” Collins has been the biggest individual difference maker for L.A. this year. KSP has consistently delivered top tier performances throughout the season and is largely responsible for Valiant’s resurgent success in the second half of the 2020. In Sunday’s series against Florida, he delivered game changing clutch after game changing clutch in the second half of the series, earning himself the player of the match. KSP has been one of the highest ranked DPS players throughout the 2020 season and is a clear candidate for rookie of the year.

Over the past few months, Valiant overcame the low expectations that many had thrust on them at the start of the season. They turned a losing record into a winning record, and even managed to secure a high seed at the May Melee tournament. They are currently sixth place in the North American standings. If they perform well in next week’s matches against Titans and Gladiators, they may be able to pass Atlanta in the standings to secure the fifth seed going into the playoffs.

Their victory over Florida shows that they are capable of beating higher seeded teams, so don’t count out Valiant just yet.

Due to their relocation to Korea part way through the season, London missed more matches because of COVID-19 than most teams. So they ended up having matches on Friday, Saturday, and Sunday in an attempt to bring the team up to speed. Two of those matches were against Seoul Dynasty and one was against Shanghai Dragons. They ended up losing all three of those matches without picking up a single map. 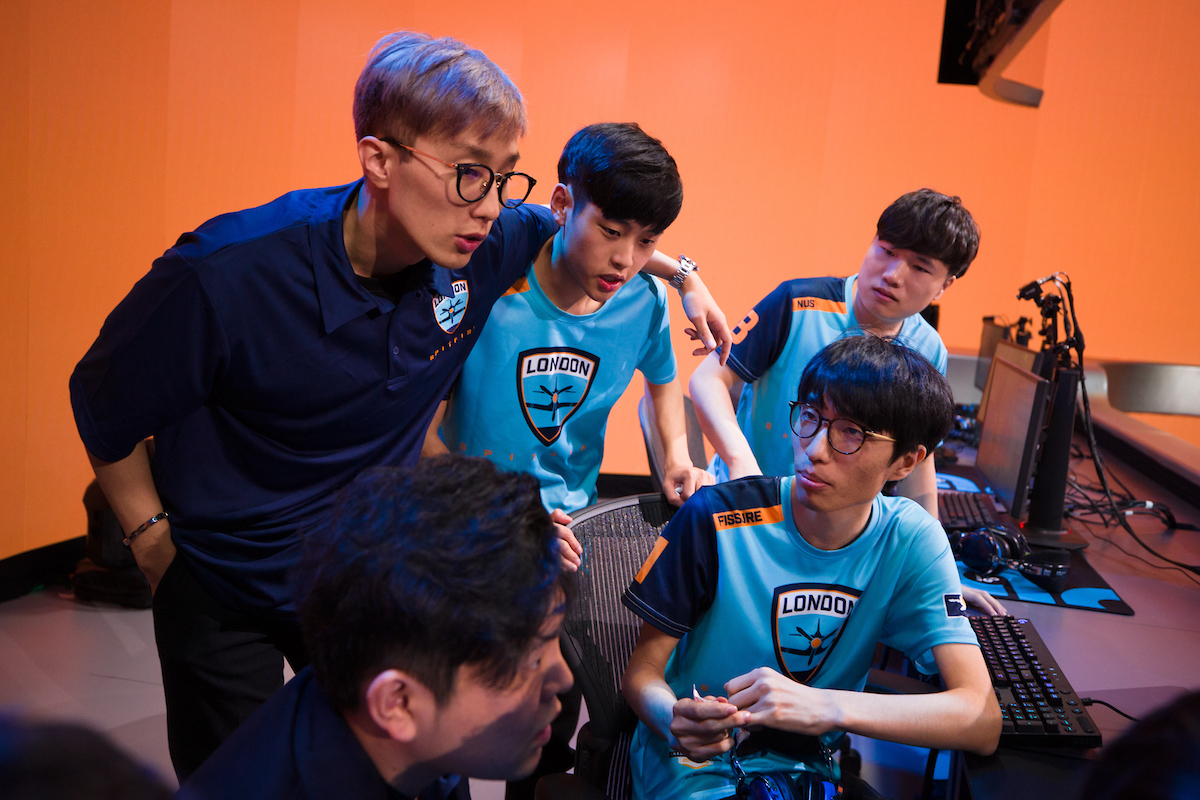 To be fair to Spitfire, preparing for three matches in a single weekend is going to stretch even the best of teams thin. Nonetheless, the losses continued a frustrating trend of failure for the team. After Sunday’s loss, London is now on an active eight match loss streak and a 15 map loss streak.

Seoul Dynasty, on the other hand, won all three of their matches on Friday, Saturday, and Sunday without dropping a single map. The victories were enough to pull them ahead of Hangzhou Spark in the APAC rankings, landing them in fourth for the APAC region. Dynasty have shown significant signs of life this year, including making a run to the Grand Finals of the May Melee where they were reverse swept in heartbreaking fashion by Shanghai. They have some of the strongest players in the world and could potentially find some momentum in the playoffs.

Next weekend will feature the final OWL regular season matches of 2020.

In the APAC region, Seoul and Hangzhou will battle it out to decide the fourth seed on Saturday at 1:00 am PDT. Their team records are currently tied 11-11, so whoever wins that match will take the higher ranking.

The final match of the regular season will be another episode of the battle for L.A, with Gladiators and Valiant facing off on Sunday at 4 pm PDT. The two teams are only separated by a single place in the standings, so we can expect a close match between the rivals.