Gator: “We Will Be a Dark Horse Team in the Playoffs” 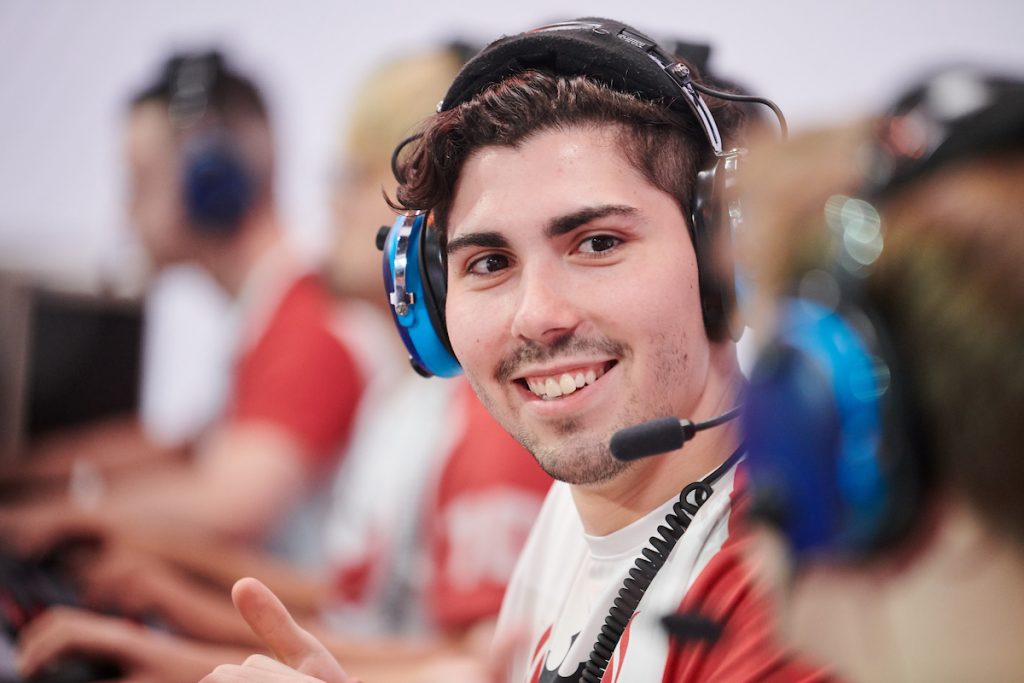 Gator is the main tank for the Atlanta Reign and was a founding member of the infamous GOATs meta. (Ben Pursell - Blizzard)

The Atlanta Reign have had a strong Season 3. Leading up to this year’s playoffs, the Reign are sitting on a 9-7 record and are currently in the eighth position on the OWL leaderboard. Despite their star DPS Andrej “Babybay” Francisty retiring earlier this month, the Reign roster remains confident that they can win it all in the playoffs.

We talked to Reign Main Tank Blake “Gator” Scott about his experiences with the Reign, his opinion on the OWL regular season format, and his thoughts on the upcoming playoffs.

Hotspawn: Could you start by telling us a little bit about how you got involved in esports, and Overwatch specifically?

Gator: Growing up I always played a bunch of games in general. I took regular sports pretty seriously. I played basketball and football in middle school. I kind of realized eventually that I am not the right athletic specimen to play sports at a high level. In high school I started playing more video games and less real sports. Then when Overwatch came out I started hard grinding that. I came from a console originally, playing games like Halo. I didn’t play too many PC games before Overwatch, other than Runescape obviously.

Hotspawn: So you moved from Florida to Tennessee when you started high school. Do you think that you would have gone pro in esports if you had stayed in Florida, where your internet is worse?

Gator: Yeah, in Florida I had really bad internet. I would try to play Halo and my internet would be so bad that I would just get off Halo and go play Runescape, since it requires less bandwidth to play. I had a better internet connection in Nashville. I am not sure, but I might not have become a professional gamer without the improved internet. Nothing is more annoying than lagging everyday. I feel like I might have made my way into esports, but I am not sure.

Hotspawn: Is your gamertag Gator because you are from Florida?

Gator: Pretty much. I am from Florida and it’s a cool animal.

Hotspawn: You were part of the invention of GOATs. Do you ever miss the GOATs meta?

Gator: Sometimes I miss it. I think it lasted too long, since it was such a strong composition. I definitely miss some of the variety of the three DPS and the three Tank, but I also can understand why they had to lock it.

Hotspawn: Do you ever feel guilty for “breaking the game”?

Gator: I don’t feel guilty, because I know that within a month or two someone else would be playing it, there is no way a composition like that stays under wraps. It just took one time for someone to lock those heroes for us to be like, “yeah, this is broken.” Before GOATs, It was always a funny meme in ranked games, when you got placed with a bunch of Tank and Support players and everyone ended up going their mains. Then the three tank three heal strategy ended up being the meta for a year.

Hotspawn: You joined the Reign full time as their Sigma specialist for the Overwatch League 2019 Season 2 Playoffs. What was it like coming in for the playoffs, with so much riding on you?

Gator: It was definitely high pressure, but I enjoyed it. Defeating the Shock felt really good.

We really thought we had a chance to make finals coming into the season 2 playoffs. We were doing great in scrims. We hadn’t scrimmed the Shock or seen them play before that tournament. We didn’t know they were as strong as they were. We just went in there thinking we were going to win and it ended up coming down to the last second. It was a really fun match.

Hotspawn: During the playoffs last year, you were essential to the Reign’s success in the Double Shield composition playing Sigma, but you are a main tank typically. Do you prefer main tank?

Gator: I prefer the main tank role, but to me, Sigma is a half main tank, since he still has a shield. It felt like the meta was double main tank in a way, during the Season 2 playoffs. I definitely always knew I would go back to maintain as soon as I was done with Sigma. Within a week after Season 2 I was back on the Orisa.

Hotspawn: There has been a lot of discussion about burnout and a significant number of players leave the Overwatch League, including most recently your teammate Babybay. Brad “Sephy” Rajani posted on Reddit that he blames the overly rigorous schedule. What changes do you think could help you as a player succeed?

Scrims usually start on Monday, then you scrim all five week days, followed by a match on Saturday. So you practice and grind for five days and there is a new meta you have to learn every single week. Often you won’t figure out what the meta is until Wednesday or Thursday. After all of that, you play one single match with all that hard work, and half the time the match is against a weaker opponent, so you don’t even end up learning or improving. We do all this practice, just to play Boston in one regular season match that doesn’t have that much impact on our season, especially with everyone making the play-ins now.

A tournament format would be helpful, since we would get more off time, we would be able to play fairly matched teams with every competition, and all the work we put in would pay off harder since we would lay multiple matches with our prep.

As for the format, if they have the two region thing again next year, maybe they could host one tournament in each region per month? Even if we play more games, it would feel more rewarding than the current regular season match format.

Hotspawn: What do you think of the current version of the Hero Pool?

Gator: I don’t think Hero Pools are bad anymore. At first it was every week for a month straight, now it’s one hero pool for two weeks, then no hero pools for two weeks. At the beginning it was excessive, but it is at a good place now. I don’t have much to complain about. In fact, I think it’s kind of fun. It might get a little boring without them, since they haven’t been making too many balance changes recently.

At the beginning though, it was excessive, because people were also worried about travel at the beginning. Imagine having a new hero pool every week, but you are also traveling starting Thursday of every week. So you get a couple days of practice. At that point you are just playing FPS Dota 2, with pure strategy. You have to theorycraft the right comps, since you wouldn’t have had time to practice them. But right now, the Hero Pool is fine!

Hotspawn: Going into the end of the season and the playoffs, how are y’all feeling?

Gator: We are feeling pretty confident. We are scheduled to play the Shock and Eternal in our last few matches of the season, which is a good thing leading into the playoffs. I think we are trying to get a top five seed right now, to avoid play-ins. We have performed well in parts of the season and underperformed in others, but I think we are a dark horse team for the playoffs, for sure.

We have another Reign Returning for all of you wonderful folks! Be sure to check out how the team adjusted to all sorts of roster changes in last weekend's matches. What were some of your favorite moments from this weekend?https://t.co/FAxZ0eFMdf pic.twitter.com/3PCIFLvd2H

We signed Garrett “Saucy” Roland too, so that will be cool to play with him too. I played with him for a year with the ATL Academy. You know how Babybay was good at playing the really weird characters? That is Saucy too. Saucy is good at playing weird characters who require unique strategies and more complex thinking, like Mei, Torb, and Sym. He definitely will have a big role on the team over the next couple months.