How the Valiant Built the Best Culture in Overwatch 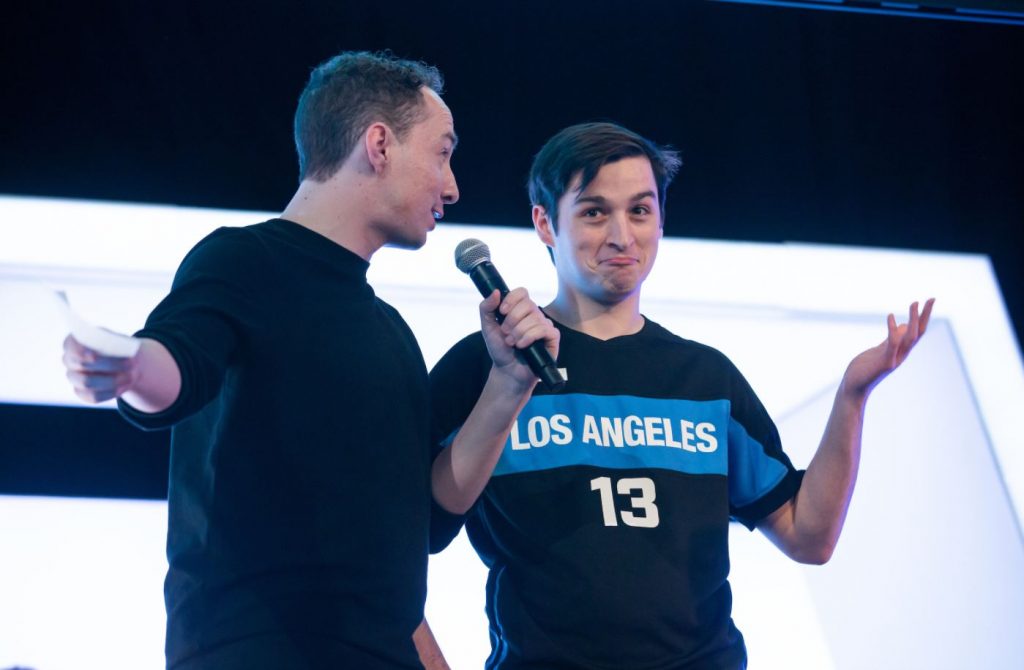 2020 in the Overwatch League has been an exercise in rolling with the punches. From the cancellation of homestands to the chaos of Hero Pools to the pressure of periodic tournaments, life as a pro has never been more stressful. Few teams have weathered the storm better than the Los Angeles Valiant.

Despite losing multiple coaches to the financial crunch of COVID-19, the lack of top-end talent across much of the roster and preseason expectations that placed them at the bottom of the league, the Valiant have done more than simply survive. After a rough start to the year, they’ve been one of the best teams in North America for the last three months.

They’ve done it by building one of the most resilient cultures in the Overwatch League, one focused on taking undervalued players and getting the most out of them. This year, they’ve seen huge contributions from players that were released or simply ignored by other OWL teams. At the center of their success is the genuine care and otherworldly work ethic of their head coach Michael “Packing10” Szklanny.

Last season, Packing10 was famously coaching the Valiant, finishing his college education, and flying five days per week to earn his pilot’s license, all while adapting to life as a new father. This year, he’s upped the ante again by taking on additional duties as the General Manager of both Valiant and Immortals’ new VALORANT team.

“I wouldn’t recommend it for anybody else. I’m very realistic with myself that I’m a psychopath,” he says, launching into an explanation of his ability to do it all. “I’ve always found happiness in hard work. It’s something that was instilled in me from a young age, from what my father taught me growing up.”

That mentality has served him well with the Valiant, who have consistently overperformed with him at the helm. In 2019, he took over the team following a disastrous 0-7 Stage 1 and nearly brought them to the playoffs. This season, Los Angeles was essentially starting from scratch with just Johannes “Shax” Nielsen and Kyle “KSF” Frandanisa returning from last year’s squad. That gave Packing10 an opportunity to steer the team building process and lend his work ethic to scouting.

In the offseason, the Valiant commenced with an immensely thorough tryout process that saw nearly a thousand players trial for a spot on the roster. “We really wanted to get down to ground zero and figure out how we build this thing up,” Packing10 states. “How do we make sure we have the right culture pieces with the right amount of talent to be successful?” The result was a team of misfits, to an extent. Players like Jae Ho “RaiN” Park who were discarded by other orgs or Sanglok “DREAMER” Song who lacked the pedigree of most OWL rookies. 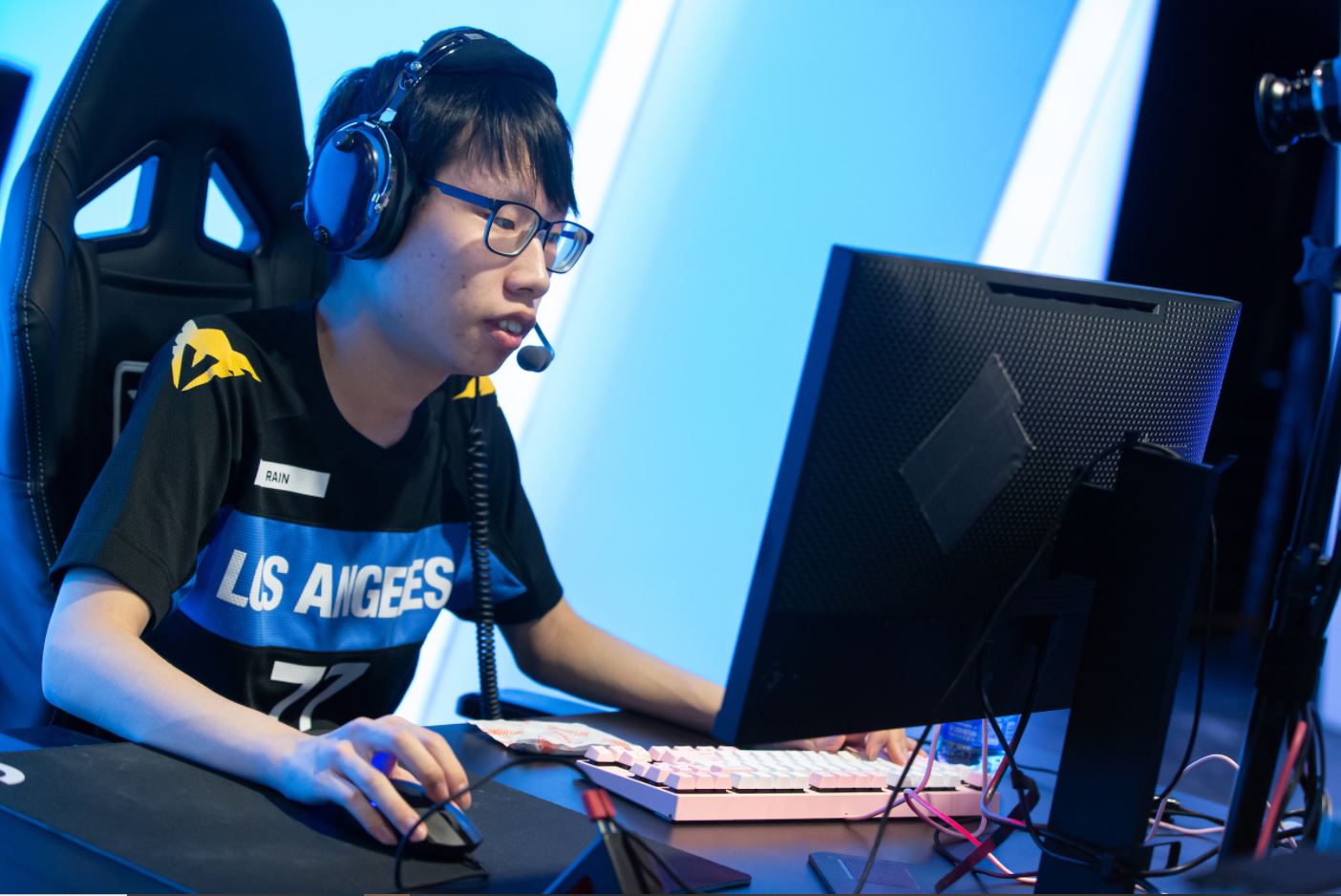 “I think we just care more,” muses Packing10 when asked to explain how his team finds those diamonds in the rough. “When it comes to scouting, it’s really easy to watch players and go ‘Wow, that guy’s really good.’ It’s a lot harder to go ‘Wow, these guys could be really good together.’ I think we put that extra effort in.”

One player who came through that extensive trial process was Caleb “McGravy” McGarvey. Despite having been on the Valiant roster in 2019, he had to earn his spot through tryouts. This time around, he not only made the team but also became a focal point for the team.

“When Valiant picked me up and I was on the bench, I was always watching scrims,” says McGravy. “I knew if they called on me to play I could be just as good if not better. I just kept that confidence and kept working through the offseason.”

McGravy’s grind to a starting spot in the OWL has been a long one, dating back to the early days of competitive Overwatch with North American team EnVision eSports. Due to their contract situation, players with EnVision were reportedly barred from trialing for OWL teams during Season 1 as the team was trying to secure a franchise spot for the 2019 season.

McGravy eventually made his way to the league, joining the Florida Mayhem during Stage 1 of 2019. Just two months later, however, the Mayhem made the call to go full-Korean with their roster and released their remaining western players. 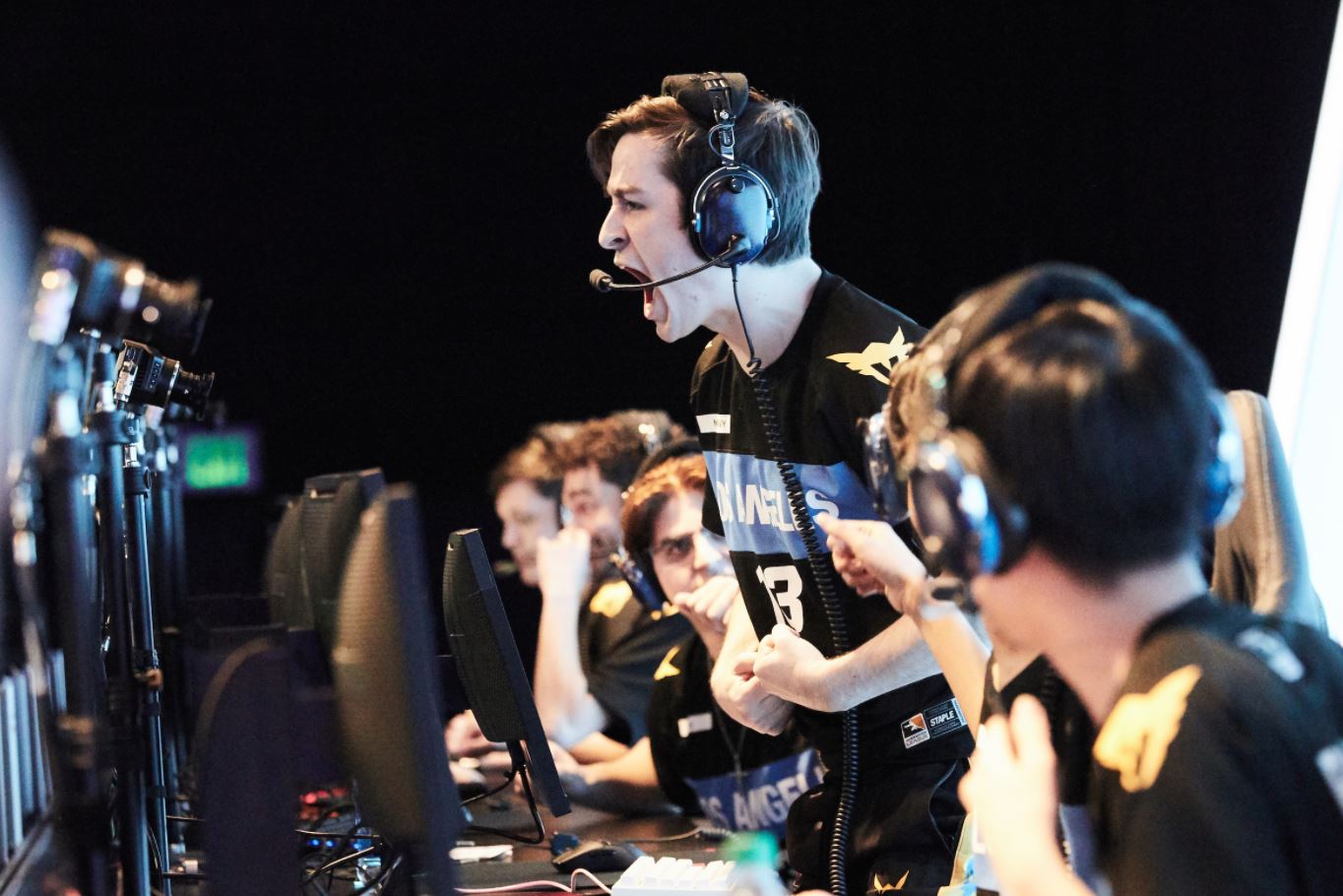 It wasn’t until this year that McGravy finally got the chance to prove his value. “As a player, Overwatch League is the thing you’re striving for the entire time,” he says. “If you miss an offer two, three years in a row, you start to think maybe this isn’t for me. Getting that shot, it’s my life, it meant everything to me.”

At the start of the season, McGravy emerged as a vital piece in establishing the culture that Packing10 sought for the Valiant. “When someone goes through the trials and tribulations he did in his career – being benched on Mayhem and not getting the opportunity, then coming to us and having the uncrackable mental on the bench – other people see that within the team,” Packing10 says. “When you have that coming out of one of the players and they’re respected throughout the team, it makes it really easy for the other players to buy in.”

Adapting and Overcoming in 2020

As the season started, the Valiant were still coming together as a team. They struggled out of the gate, losing six of their first eight matches. After playing their first two games, LA’s season was halted by the pandemic until they returned to action almost two months later. During that time, they were forced to let go of two coaches as money troubles plagued the already tight-belted org.

During that time, McGravy was crucial in establishing team chemistry and played the role of vocal leader inside the team. “When the team’s fresh and everybody’s getting used to each other, you kinda need that little shove,” he says.

Our culture is about putting the people first

Since then, they’ve come together as a squad and found their footing amidst the Tracer/Ashe meta that dictated the middle of the season. “Now that we know each other, we know our ins and outs. My teammates need less and less of me as the year goes on,” adds McGravy.

The ongoing pandemic has presented its own set of problems. Chief among them is the social isolation that many players are experiencing. These are all young adults, many living away from home for the first time, who now can’t even see their teammates or families. “It’s not been a good year for our players being cooped up in their houses in LA when it’s infested with COVID all over the place,” explains Packing 10. 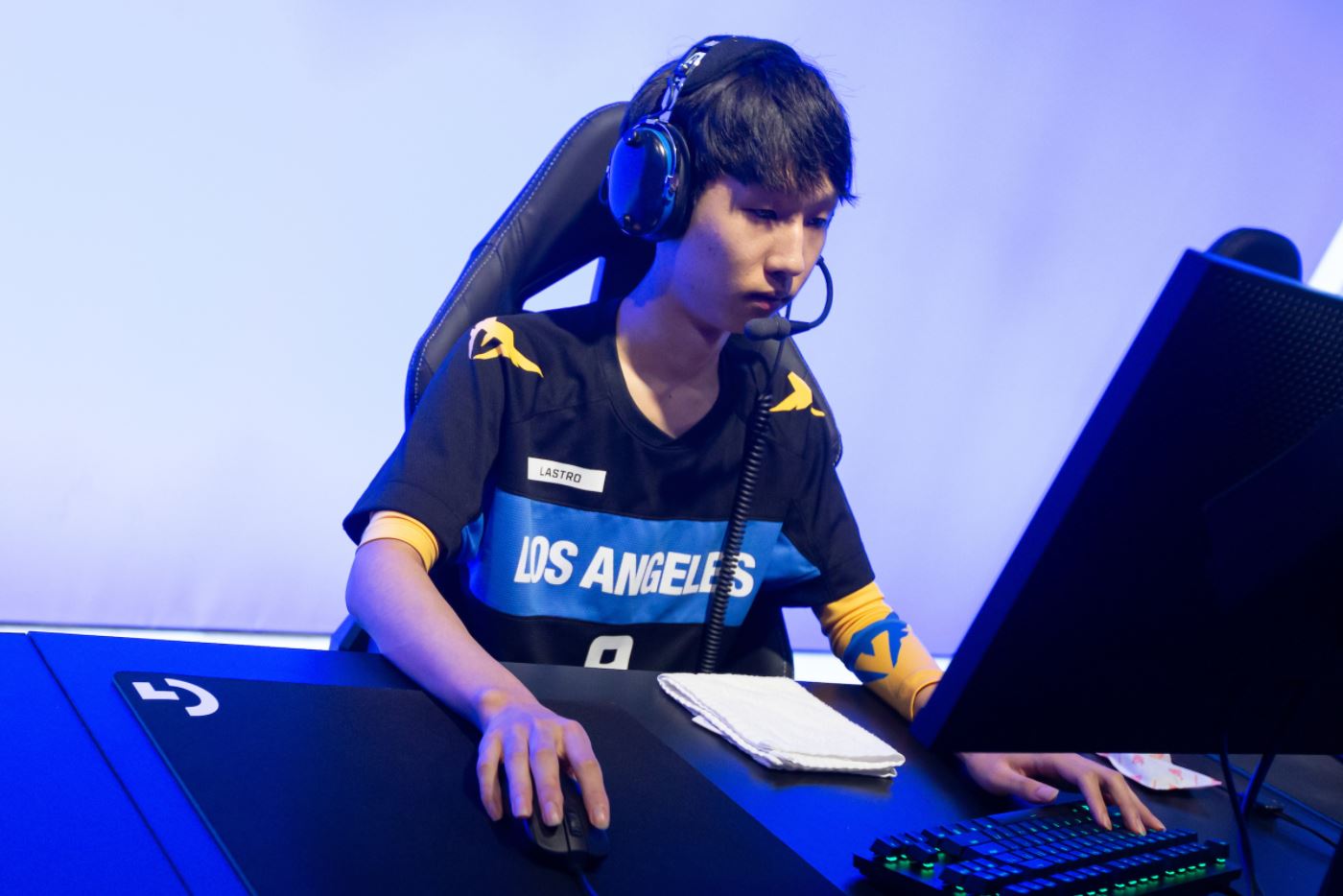 For the Valiant, that’s meant players getting burnt out and not feeling up to the task of competing. First it was KSF and Damon “Apply” Conti early on in the season. Then, in the Summer Showdown, DREAMER and JeongWon “Lastro” Moon took some time off to recuperate. The team struggled in their absence, but Packing10 is taking the long view when it comes to his team.

“It’s an easy decision for me. Every single day of the week, I will put my players’ health, their wellness, their mentality above winning games because at the end of the day that’s what matters,” he explains. The Valiant have cut down their previously regimented practice schedule to focus more on making sure their players are staying sane during difficult times.

“At the end of the day, yes our goal is to win games, but the culture we have at Valiant isn’t about winning as many games as possible. Our culture is about putting the people first, making them develop into leaders and good people and then winning games. If we can do all of those, then we’ll be a successful organization.”

The 2020 season is rapidly drawing to a close, and the Valiant find themselves in a pitched battle for the all important fifth seed in North America. Standing in their way are the Atlanta Reign, a sort of reverse-Valiant who haven’t lived up to lofty expectations. Whoever comes out ahead earns a bye past the play-in portion of the bracket. “We gotta win the last couple games we have. We want to guarantee that we get in that double-elimination bracket,” says Packing10.

The Valiant have three very winnable games left against the Mayhem, Titans, and Gladiators. They’ll need some help to sneak in, but three wins will give them a good shot. Either way, when playoffs roll around, no one is going to want to play the Valiant. It’s been a Cinderella story all the way, now it’s just time to see how far it goes.

In typical fashion, Packing10 and the Valiant will rely on what got them to this point, hard work: “All we have to do is keep our heads down and grind and be the best version of ourselves that we can be.”