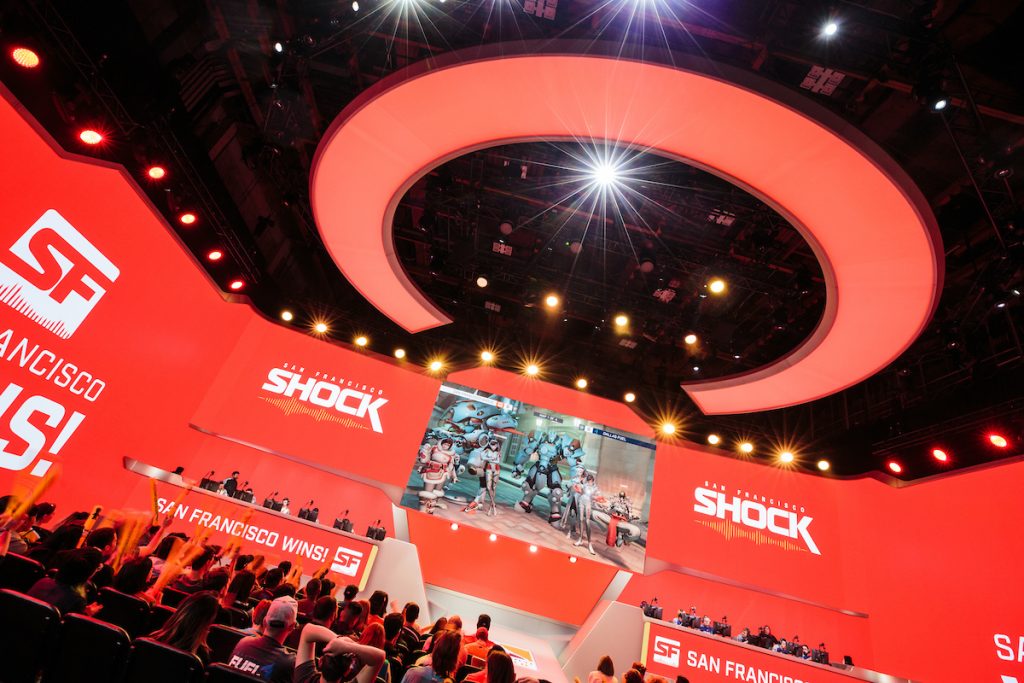 The San Francisco Shock are back on top after losing in the semifinals of the Summer Showdown in July. (Photo courtesy Robert Paul - Blizzard)

The San Francisco Shock reclaimed their crown on Sunday, defeating the Philadelphia Fusion in a 4-2 Grand Final series to take the North American Countdown Cup title. The victory also cemented them as one of the two clear favorites going into the 2020 playoffs in September, alongside the Shanghai Dragons who won the APAC Countdown Cup on Sunday.

The Shock were eliminated from last month’s NA Summer Showdown in semifinals by the Paris Eternal, after struggling to adapt to the meta. The loss casted doubt on their otherwise untarnished Season 3 legacy. In Sunday’s victory, the Shock addressed their shortcomings in the Summer Showdown and reasserted their dominance in North America.

Because they qualified as the top seed, the Shock had a bye straight through to quarterfinals and had first pick of opponent. During the selection show on Friday night, the Shock selected the Dallas Fuel. The Shock defeated the Fuel three times in Season 3 before Saturdays match. On top of that, the Fuel have also been in disarray over the past week. 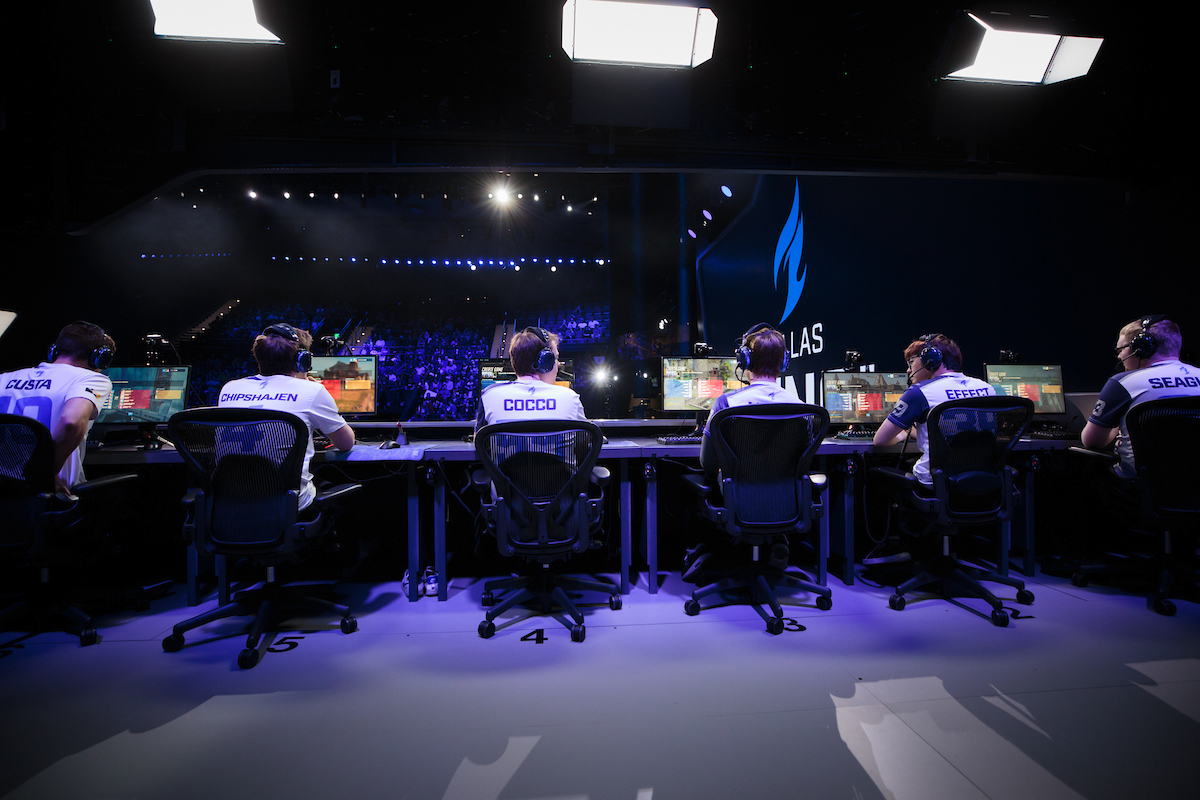 The Dallas Fuel were able to defeat the Washington Justice in the knockouts on Friday, however they recently experienced some major organizational changes. They released several of their staff this past week, including role star DPS player Gui-un “Decay” Jang, Head Coach Aaron “Aero’ Atkins, and Jonathon “HarryHook” Tejedor Rua. It’s hard for any team to beat the Shock, much less a team in turmoil. As expected, the Shock were able to easily put down the Fuel in a 3-0 contest.

In Sunday’s semifinal match, the Shock had a rematch of the May Melee Grand Finals, facing off against the fourth seeded Florida Mayhem. The Mayhem defeated Atlanta decisively on Saturday to advance to the semifinals and had an excellent second half of Overwatch League Season 3. Their success had been in no small part due to their star DPS and MVP candidate Jun-ki “Yaki” Kim. They got off to a strong start in the series against San Francisco, taking the first map on Lingjang Tower. After that map, though, the Shock rolled them, claiming the series 3-1 and earning their place in the Grand Finals.

Before the tournament, the Philadelphia Fusion had attended three grand finals throughout their years competing in the Overwatch League, but fell short each time. Most recently, Philadelphia lost to the Paris Eternal in a devastatingly close 4-3 series during the Grand Finals of the Summer Showdown. The Fusion wanted to break that curse this weekend.

They came out swinging on Saturday, easily dispatching the Los Angeles Gladiators in a 3-0 sweep. The victory earned them an easy pass to semifinals.

In the semifinals, Fusion took on the Paris Eternal in a high stakes rematch of the Summer Showdown Grand Final match. After their victory at the Summer Showdown, Paris continued their momentum into Countdown Cup qualification, playing nearly perfect matches to earn the #2 seed. Going into Sunday’s semifinal match, the Fusion were looking for redemption and revenge on the team that snatched their victory away in July. 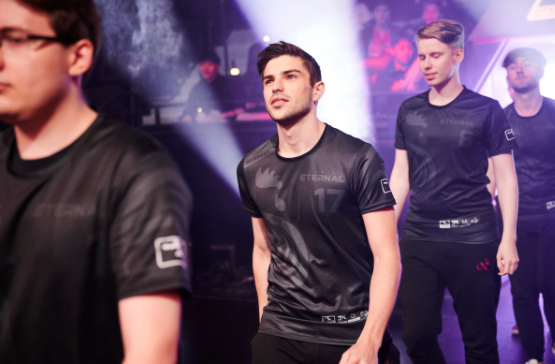 The first map went to Paris 2-0. Throughout that first map, Carpe struggled to find value while playing Widowmaker and McCree, while at the same time Gael “Poko” Gouzerch seemed to struggle in the offtank role. For the rest of the series with Paris, Carpe was substituted out in favor of Hessu “Hessu” Jeong and Poko was switched out with Zarya master Junho “Fury” Kim. After making the adjustments, Fusion took the next three maps to advance to finals.

The Shock seized the Countdown Cup victory over the Fusion in a 4-2 series. The victory symbolizes a return to form for the Shock and a devastating defeat for the Fusion, who have now lost in the Grand Finals of four OWL majors.

The pure depth of the Shock roster was on full display throughout the series, with San Francisco making substitutions between every single round in the finals. The Fusion, on the other hand, stuck to a single roster throughout the match, relying on the lineup that defeated the Paris Eternal to bring home the title.

The decision to bench Carpe came as a surprise to many, since Carpe is known as the Fusion king of the clutch and is an OWL MVP candidate. Benching him for the entire final match seemed like an odd decision, especially when the Fusion have relied so heavily on his ability to turn around teamfights throughout season 3. Perhaps if Carpe had seen more playtime, the Fusion could have landed the victory. 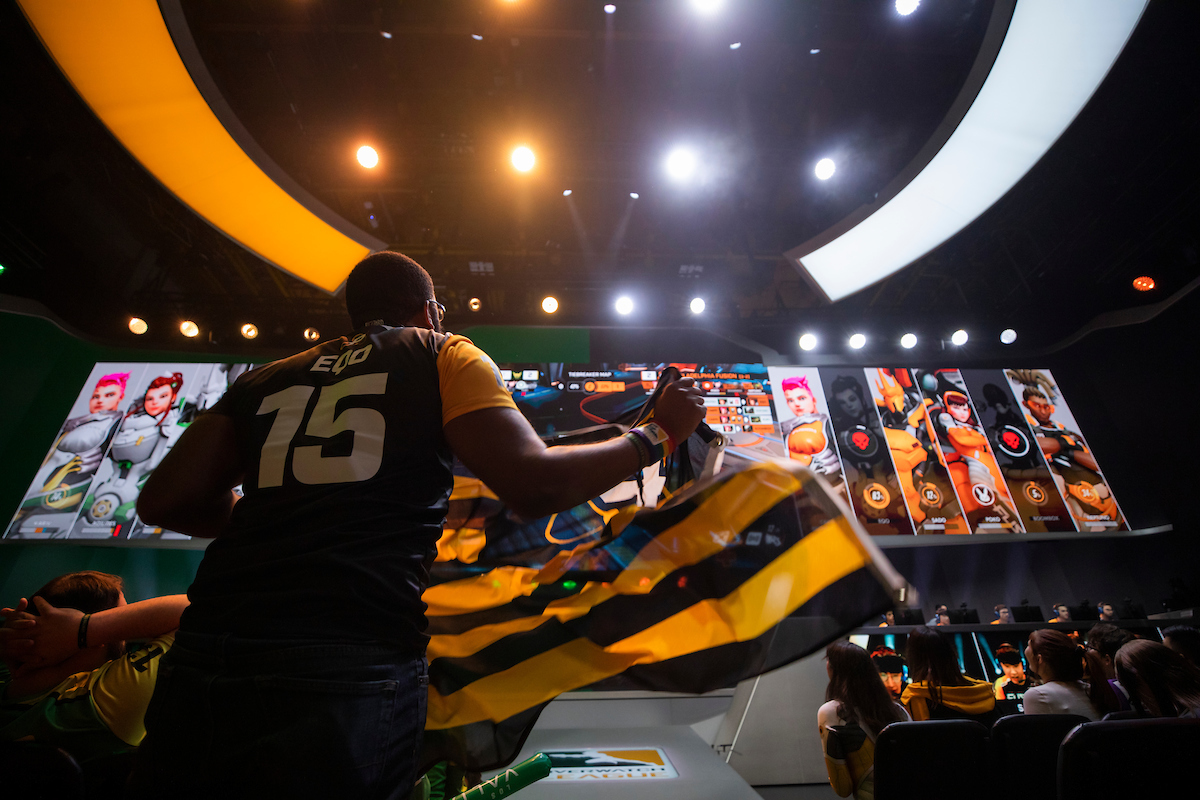 The Shock showed off an impressively diverse array of strategies in their pursuit of the win. They switched between brawl, double shield, and dive compositions on various maps. Many of their compositions involved playing Nam-joo “Striker” Kwon on Sombra. Striker has primarily been playing Tracer over the past few weeks, but his Sombra was highly effective during the tournament. When asked about the team’s decision to use Sombra, Crusty explained that the idea was to play a variety of counters to Genji at once, thus containing Seung-hyun “Ivy” Lee, the Fusion’s Genji, from making a large impact on the battle.

And there it is! @SFShock NA Countdown Cup Champs!!! Greatest @overwatchleague team ever assembled! No doubt. Not our meta? No problem. Don't ever sleep on the @SFShock. #respect

San Francisco relied heavily on their own Genji, Dong-jun “Rascal” Kim, during several maps. Leading up to the Cup there were some questions about who would play Genji for the Shock. During the Summer Showdown they made the confusing choice to not run a Genji at all, a decision which likely cost them the tournament. After the loss, they signed Sean Taiyo “ta1yo” Henderson and tested him on the Genji role. They also tested their main tank Matthew “Super” DeLisi on Genji. But in the end, the Shock decided to go with DPS veteran Rascal and boy did he deliver.

Rascal hard carried during multiple maps while playing as Genji. For example, on Temple of Anubis during map 4, he was able to find invaluable opening picks to repeatedly stall the Fusion offense, allowing the Shock to hold the Fusion on the first point. He was also a key part of their dominant win on Oasis in map 5. Due to his strong Genji performance, Rascal was named the T-Mobile MVP of the match.

The whole team came together to get the W today, but the @TMobile Match MVP goes to Captain Clutch @Rascal pic.twitter.com/EPUo8pViLA

Perhaps the biggest factor in the Shock’s success throughout the year has been their support line, which is arguably the best in the Overwatch League. In Sunday’s match, Jooseok “Twilight” Lee’s Ana performance stood out as particularly impressive. Twilight joined the Shock in May, after being cut from the Vancouver Titan’s along with all his teammates and coaches. He has been an amazing addition to San Francisco’s already stacked roster. During the Oasis map in finals, he managed to pull off a huge unorthodox flank as Ana, killing the enemy backline and carrying the teamfight.

When asked about that play during the post match press conference, Shock head coach Dae-hee “Crusty” Park explained: “That was all Twilight. The Vancouver Titans were known for sneaky plays and always trying to out think their opponents. Twilight used his own judgement to make a play, and I am very proud of him.”

Due to his top tier performance, Twilight earned the well deserved player of the match title.

There are a few more weeks of regular season matches before the OWL Season 3 playoffs will take place. In the post game press conference, the Shock representatives indicated that preparing to defeat the Shanghai Dragons will be their next priority. Due to the coronavirus, NA and APAC teams have not played against each other this year. The playoffs will be the first and only chance for the Dragons and the Shock to battle it out and settle who is the best in the world.