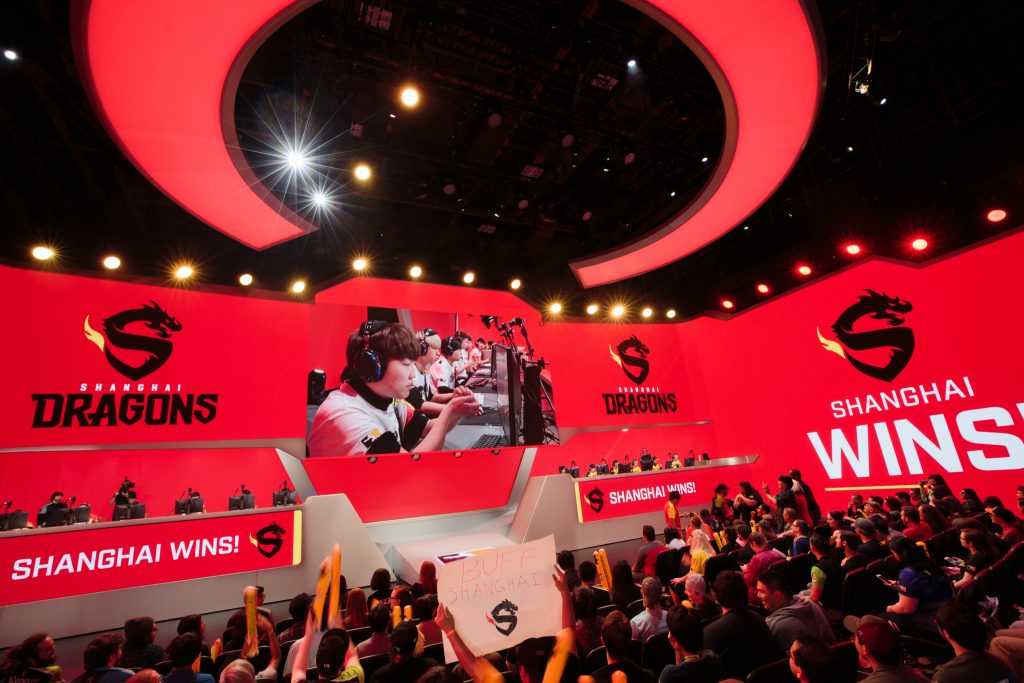 On Saturday and Sunday, the Overwatch League hosted the May Melee Asian Pacific (APAC) tournament. The Guangzhou Charge and Shanghai Dragons held the top seeds going into the tournament, but the Seoul Dynasty upset the Charge in the semifinals to meet the Dragons in the Grand Final match.

In the Grand Finals, the Dragons reverse-swept the Seoul Dynasty to win the tournament in a very close 4-3 series. Shanghai were already the favorites going into the tournament, but their new championship title is further proof of how dominant they are in the APAC region.

The Seoul Dynasty managed to upset both the Spark and the Charge to reach the Grand Finals over the weekend. As the lowest seed in the tournament, many wrote the Dynasty off as irrelevant. However, the underdog Dynasty were able to put up three impressive performances during the May Melee, showing that they are not so easily discounted.

Although Hangzhou Spark was the #4 seed, the Seoul Dynasty easily advanced over them in Saturday’s quarterfinal match. The Spark had an unexpected shake up to their roster this past week, losing DPS player Jun-ki “Bazzi” Park and Assistant Coach Young-su “yeah” Jung. They picked up the SF Shock’s Architect to replace Bazzi, but Architect had very little time to play with the team and did not see any play time during the match.

Even with the last minute changes to their roster, most analysts expected the Spark to win. After all, the Hangzhou Spark defeated the Seoul Dynasty in a 3-0 stomp only two weeks ago. Instead, it was the Dynasty who swept the Spark.

In the semifinals, Guangzhou performed better than Hangzhou, but too ended up falling to the Dynasty in a 3-2 series. The Charge were the #1 seed, and as such were technically the favorite. However, the Charge have had an up and down year, so it was not surprising to see them struggle against the resurgent Seoul Dynasty, who seemed destined to claim their spot in the Grand Finals.

Shanghai Dragons advance over the NYXL and Spitfire

Despite holding the #2 seed, Shanghai came into the May Melee as the overall favorite to win the tournament. Shanghai currently holds a 14-2 regular season record and have dominated the APAC region throughout season 3. Throughout their tournament matches, the Dragons showed off their elite skills on a diverse set of team compositions and heroes. What set Shanghai apart from their competition was their ability to adapt their hero picks to any situation.

On Saturday, Shanghai played against the London Spitfire, who only last week lost to the Dragons in a 3-0 series. Although London played better during the quarterfinals, Shanghai once again defeated the Spitfire in a 3-2 series victory.

In the semifinals, Shanghai met the New York Excelsior. The NYXL only barely defeated the Chengdu hunters in their Quarter-Final match on Saturday, but you can never count the NYXL out. The NYXL are well known for their incredible tournament play. Shanghai ended up sweeping the NYXL and stamping their ticket to the Grand Finals against Seoul.

Dragons Reverse Sweeps the Dynasty To Win the Title

To the Seoul Dynasty’s dismay, the Dragons came back and took the final four maps in a thrilling comeback victory. In the first half, the Dragons appeared lost and indecisive, making a number of errors. In the second half, however, the Dragons looked like a whole new team. They replaced Ji-won “Stand1” Seo with Eui-Seok “Fearless” Lee’s for the main tank and replaced Min-seong “diem” Bae with Jae-won “LIP” Lee on DPS. These substitutions made all the difference for the Dragon’s front line and things started to turn around.

Led by Fearless’ high level maintank play, Shanghai fully held Seoul in games four and five. The back-to-back victories started swinging the momentum back in their favor. In game six, the Dragons pulled off an insane defense on Kings Row, with Byung-sun “Fleta” Kim switching from Echo to Widowmaker on the final point and hitting four headshot kills in a row to hold off the Dynasty’s push. After Fleta’s insane play, the Dragons were able to stabilize and win the map. Fleta’s ability to play any hero as needed came in clutch multiple times in the second half of this series.

The player of the match was Fearless. Fearless was brought into the Overwatch League during the 2018 Shanghai Dragon losing streak. When he and the other Korean players who came with him failed to turn around the loss streak, Fearless was sent down to Chinese Contenders. He played Tier 2 overwatch for a year, before returning to the Overwatch League for season 3. His entry to the series in game 4 made all the difference, allowing Shanghai to claw victory from the fangs of defeat.

Ultimately, it was the Dragons’ mental fortitude and discipline that allowed them to pull off one of the most impressive grand finals comeback wins in Overwatch League history. Congratulations to them for their incredible performance.