Retirement is a Great Unknown for CS:GO Players 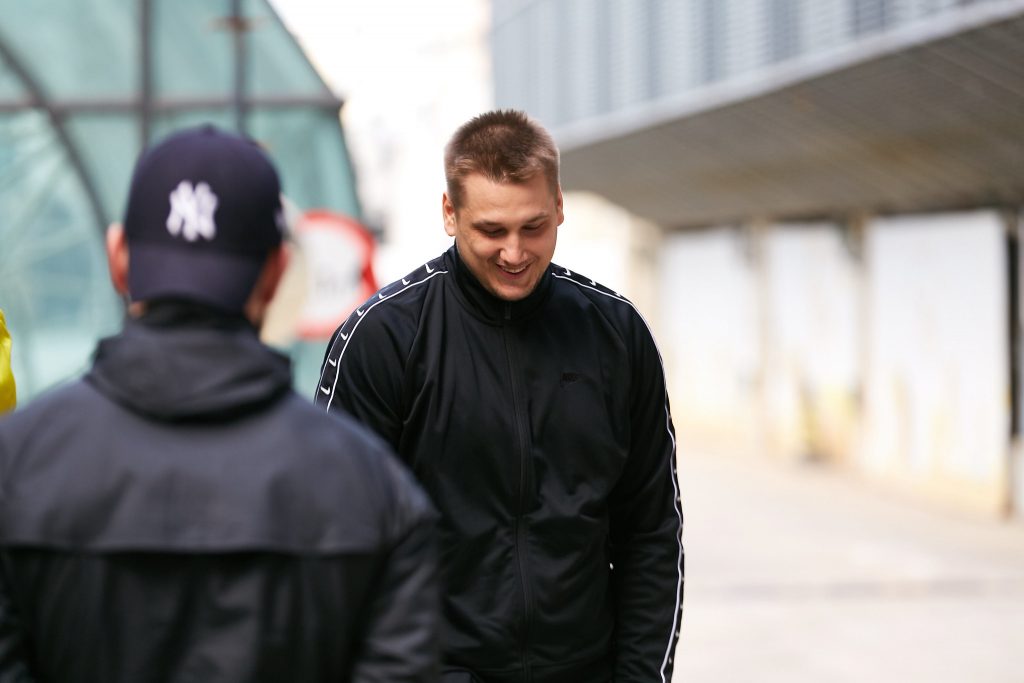 Counter-Strike saw its 20th anniversary last year and numerous players still active in its scene have been professionals for a majority of this time. With 1.6 and Source in its history, CS:GO has its fair share of veterans alongside new talent. While this has been the case for many years, the last few months has seen numerous players retire and step away from playing competitively as others try to continue fighting for the chance to taste past glory one last time.

As the scene enters a period of uncertainty, there is another uncertainty that also lies once the mouse and keyboard are hung up and decisions have to be made. With some legacies spanning two decades, where do the players go when they are no longer pros?

The likes of Danylo “Zeus” Teslenko and Fatih “gob b” Dayik are undeniable legends within their respective domestic scenes and garnered boundless respect across CS:GO before their retirements within the last year at 32 years old. FaZe Clan has seen both Olof “olofmeister” Kajbjer and Ladislav “GuardiaN” Kovács step away from the active roster as drops in form saw some of the best players to ever touch the game look lost inside the server. This is not exclusive to FaZe, with Ioann “Edward” Sukhariev and Tomáš “oskar” Šťastný also dropping off of the radar with their prospects dashed if not fully demolished.

It is not just veterans that have been considering the future. Team Vitality’s former in-game leader Alex “ALEX” McMeekin left the team due to the strains of weighty travel commitments that dominate the calendar, while Astralis’ seven-man roster hasn’t truly come to fruition. The Danish powerhouse sees captain Lukas “gla1ve” Rossander and Andreas “Xyp9x” Højsleth take time off with burnout as the cited reason.

"Andreas @Xyp9x is in the need of a pause from competing. The timing isn’t optimal, but we can't compromise when it comes to giving the players the best possibilities to maintain a healthy mental balance and to perform in the long term." – Kasper Hvidt, Director of Sports

The idea of outright retirement remains a rare status within CS:GO. Many players continue to play without officially retiring even if their time at the top is long over.

Confusion surrounded Ninjas in Pyjamas when Christopher “GeT_RiGhT” Alesund was removed from the active lineup. At 29, many were wondering if GTR would indeed retire. This was dragged out for numerous months despite the insistence that he would continue to play and he eventually be reunited with the iconic NiP roster on Dignitas in early 2020 ahead of Flashpoint 1.

The biggest names in the game are often those with the biggest followings. This allows players to have a wider range of options when it comes to retirement and considering the future. For example, Gabriel “FalleN” Toledo has set up his own brand and is the most iconic name in Brazilian Counter-Strike with a significant streaming community.

With CS:GO taking over the Counter-Strike scene, 1.6 and Source players either made the leap, retired or had to find different ways to remain involved with the franchise. Players who have had significant careers seem to be the most natural fits for potentially moving into coaching or talent spheres.

Coaching is often regarded as a thankless task and an organization that primarily allows its players to run the team will often see a coach scapegoated as the problem before a roster is touched.

Most top teams have coaches with experience as professional players before becoming coaches. The guiding power of Danny “zonic” Sørensen has been praised equally alongside gla1ve’s in-game leadership for Astralis. Damien “maLeK” Marcel has been seen as crucial in G2’s elevated game as of late.

HUNDEN’s removal from MAD Lions was seen as a blow to an otherwise inexperienced roster and signaled the end of the Danish leader’s time in the server. Despite this, he found a home on Heroic after the team returned following the collapse of a transfer deal with FunPlus Phoenix.

While coaches are a crucial part of teams and the list of notable candidates is usually short, one player who is yet to make their coaching debut is Kevin “Ex6TenZ” Droolans. Despite his reputation as one of the best in-game leaders in Counter-Strike, it appears no organization has made an offer for his services as of yet.

End of my player career – New role to learn !

Other roles exist for those with strong personalities, stories to tell and more to offer outside of the server, with Edouard “SmithZz” Dubourdeaux taking to streaming, Zeus having written a book about his career and Markus “pronax” Wallsten once again assuming a key role in the relaunched GODSENT organization.

Breaking into the talent circle is another possible option. Joshua “steel” Nissan’s observing saw him attend EMS One Katowice 2014 in that role and he would have gone to to observe ESL One Cologne 2014 if the iBUYPOWER match fixing scandal had not come to light.

Ex-pros do not always naturally transition or perform well when put onto talent desks. The inclusion of Damian “daps” Steele in his analyst debut at the FACEIT Major 2018 drew criticism when the Canadian player lacked the natural flair for the role while other big names were left out of the event.

Even now, daps is nowhere close to retired from play but the schedules of most players prevent those still active from taking on casting, analysis or other positions within the wider scene.

Analyst work is not an easy route. Every single analyst faces criticism, some more so than others, but this negativity is not too dissimilar to the type pros experience during their playing careers. Whether it is a matter of showing support to a team of the same nationality or criticizing a popular team with a big fanbase, viewers can be harsh on new faces and dismissive even of the regulars they do not personally like.

The wider esports, gaming and digital world can also hold opportunities. Two notable examples are Robin “Fifflaren” Johansson, who spent many years working for Twitch, while Stephanie “missharvey” Harvey moved from Ubisoft into professional play and then into the role of Director of Esports Franchise Development and Outreach at Counter-Logic Gaming.

While Fortnite did not claim many players from CS:GO, even with an impressive amount of cash on the line, VALORANT has been different even before it officially launched. Players from all regions have had their heads turned by Riot Games’ FPS title and many had already signed contracts with notable organizations before the game’s official release.

While the majority of moves have been in North America, European talent has shown an interest in Riot’s FPS title. The most notable name within Europe to formally switch is Swedish player Jacob “pyth” Mourujärvi. Other figures including mixwell and ScreaM have been playing in various VALORANT tournaments with speculation as to whether their futures will remain in CS or whether they will also make the leap.

With League of Legends remaining one of the most popular video games in the world and the largest esports game, many organizations are hoping to be in favorable positions early. Riot controls the regional LoL circuit and controls who is involved in each league. High-profile names have been rejected from slots previously so those investing right now are seeking to invest the favor in case a time comes where only a handful will be involved in competition.

This drastic difference to the CS:GO open circuit could well allow for secure salaries and details like contract lengths made public, things that many within CS have brought up over the years. One of the big reasons behind the NA exodus to VALORANT from CS is the perceived lack of opportunity and good salaries and this is something the newest FPS could potentially bring to both young and old talent that stick with it.

It is fair to say the CS:GO scene moves quickly and drastic shifts can occur in a matter of weeks that dramatically change the landscape. It was five years ago that Fnatic looked unstoppable, three years since the French superteam formed, two years since Cloud9 won the ELEAGUE Boston Major and just 272 days since Astralis made history with their fourth Major victory in Berlin.

Players that were young prodigies have become established pillars. The brightest stars have taken supporting roles in the rise of new talent. The only inevitable part of any Counter-Strike career is that one day, every player will enter the server for the last time as part of their final team. Not every player gets the luxury of knowing when that game will come.

As the esports space expands and names look for a way into CS:GO, experienced players could be indispensable in the process if used correctly and given the chance to play to their strengths. Tournament organizers and teams alike looking to expand their staff in many different ways would benefit from looking towards former pros.

However, the decision to formally retire marks the end of an era for those that do it. Many players have spent the majority of their life competing and a life without Counter-Strike as the focus is strikingly alien.

There is no guaranteed path for CS:GO players. If a leader like Ex6TenZ hasn’t been snapped up, it paints a bleak picture for players without even half of his experience or reputation considering coaching roles. Twitch is a saturated market and many recognizable names struggle to draw a regular audience, with personality hard to push on audiences if the foundations haven’t been set over months and years previously.

A role in itself would be educating and guiding players who are still active to open up options for their future. Some of the desire to continue playing for ‘as long as possible’ likely comes from a complete lack of options when it does somehow become impossible to continue.