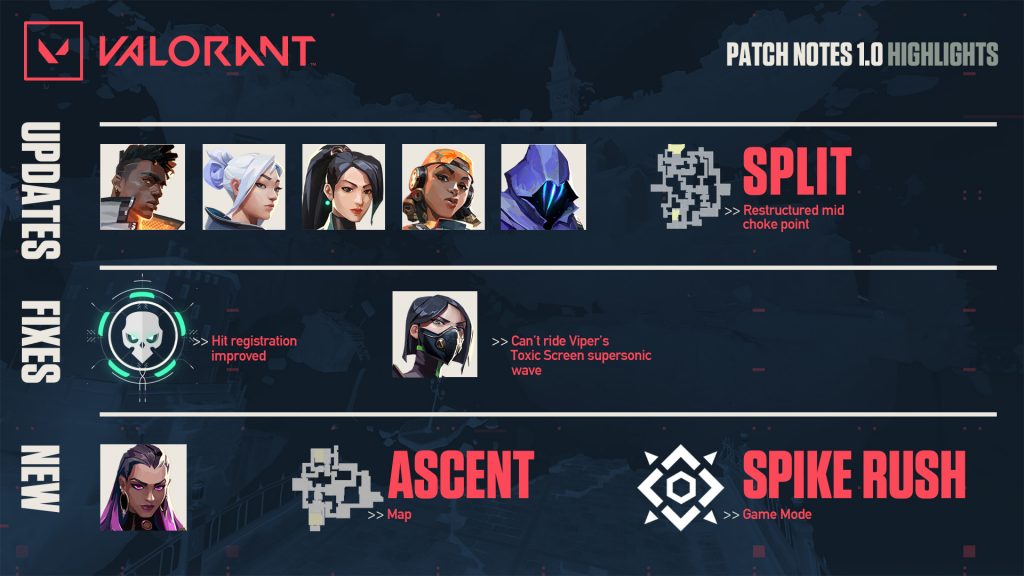 Riot Games’ VALORANT is being rolled out around the world for its official launch as we speak; and with it comes a bright new update, patch 1.0.

New maps, agents, and game modes have arrived in the game, while a collection of quality of life improvements have been made to bolster the overall debut. Five agents receive modifications in the latest patch, with maps being adjusted to meet the ever-changing demands of the game.

There’s a lot to unpack and dissect in patch 1.0, so let’s waste no time in breaking matters down.

Riot Games offered a first look at its newest agent, Reyna, on Saturday. Codenamed ‘Vampire’ in development, Reyna is an agent hailing from Mexico, although not much else is known about her just yet.

In Reyna’s trailer, we can tell a few things off the bat: one revolves around a quick healing ability which self-heals her to full health. It also appears as if Reyna becomes invisible for a brief period in her gameplay demo, while we can clearly see she possesses a blinding ability similar to Phoenix’s flash.

As VALORANT enters the global marketplace, we’re sure more information will begin pouring in about Reyna and her prospective in-game potential.

Sage is one of VALORANT’s most popular agents, and is a key part of every team when loaded into the server. Unfortunately for her however, she’ll see a few nerfs in the upon launch.

A nerf is a nerf, but overall, these are very incremental changes. It’s unlikely these refinements will knock Sage down on the tier list, but she will be a little less forgiving as a result of this patch. Sage has historically been a round-defining character for her ability to heal, stall opponents, and ultimately force opponents to reveal themselves or make errors; this will remain relatively the same, but even the playing field a bit more, and reward the more skilled Sage player who patiently uses her utility.

Raze mains won’t be happy to hear the effective damage of the Blast Pack has been reduced by a meter, but can they really complain? The agent remains one of the most powerful due to her damage output, but at some point, there’s got to be some give and take. On the up side, a carefully placed Blast Pack will still deliver a lethal blow; as with many of Riot’s balance changes, it avoids nerfing agents into the ground, and instead promotes skill.

Jett has always been somewhat of a niche VALORANT character – not overwhelming in her abilities by any means, but very powerful and tactical in the right hands. Cloud Burst offers the fastest deployment of smoke in the entire game, but its shortcoming has always revolved around its brief duration; four seconds was simply not enough to work a play around, and while seven seconds isn’t a vast buff to that, it’s certainly a welcome change. The change which will allow Jett’s Tailwind to break out of the clasp of Cypher’s Trapwire is a nice touch, and one that seems to fit the feel of this ability in general.

Phoenix’s honing is mathematically down to the point – literally. The key takeaways here are truly in the Blaze ability, which has its duration increased by two seconds and its damage increased ever so slightly. The healing will suffer a very small nerf – a nerf so small we’re wondering why it was even made at this point. More likely than not, aside from the duration increase, players shouldn’t be affected by these changes outside of the finest instances.

A fifth of a second will top off the changes to Phoenix’s Curveball, extending the duration of the flash by 0.2 seconds. It’s not much, but in a tactical shooter, it could very well make all the difference in a round, and a match.

Last but certainly not least is a change to his Ultimate ability, Run it Back. Phoenix has one of the best Ultimates in VALORANT, and it just got that much better by offering the automatic reload of his primary and secondary weapons upon respawn.

A majority of these changes are simply enhanced control functions for Omen. In short, the changes to Dark Cover and Shrouded Step will allow Omen to maneuver and use his utility with more precision and clearer user interface. Notably, the “phaser” function will alleviate the need for players to pay all their attention to the minimap when casting Dark Cover in near distances.

Prior to this patch, Paranoia could be navigated around with relative ease due to the on-screen indicator. While the indicator will stay in patch 1.0, its polishing will make it so opponents are less able to avoid it.

Ascent is the fourth map to release in VALORANT, offering a large, open middle area where teams can contest for valuable control and positioning. The map is based in Italy with a number of entry points for attackers to enter the Spike sites. Riot Games states Ascent will be weighted heavier in the matchmaking rotation for “the first few days” so players can have more opportunities to play on the new map. 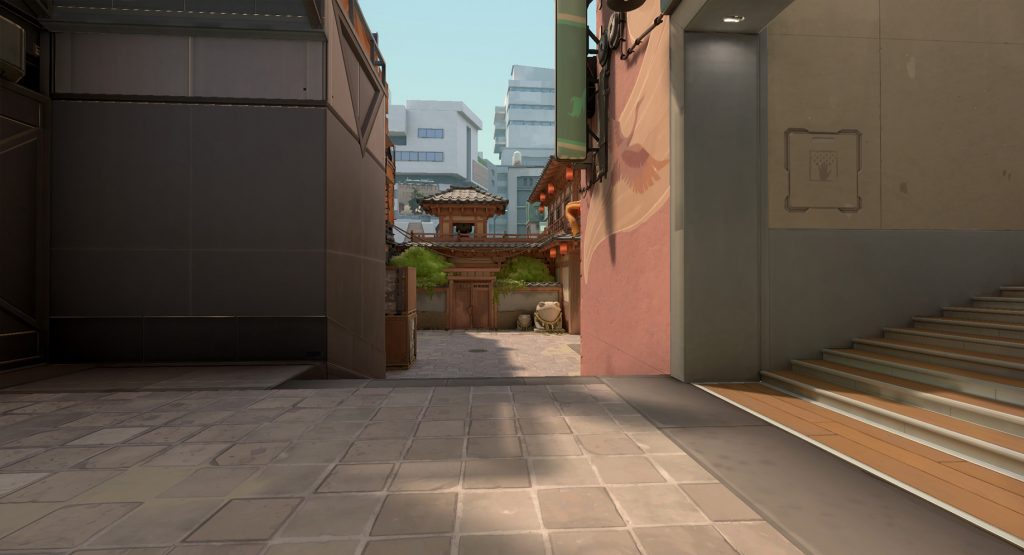 Prior to Patch 1.0, Split’s mid chokepoint was treacherous territory for the attacking side. (Photo courtesy: Riot Games)

VALORANT will release with changes made to one of its original maps, Split. Specifically, the mid-map chokepoint has been reimagined, offering a wider range of view to allow the attacking team a better chance of capturing this key part of the map. 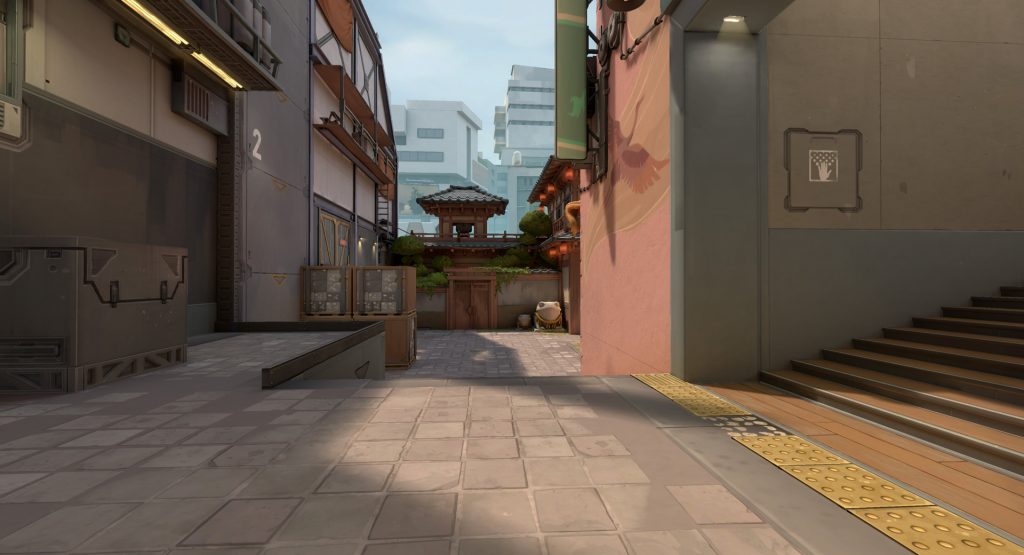 If you’re playing defense on Split, you might want to peak B Tower and Vents with a little bit more hesitation after this change. From the attacking side, players will have a clear shot from spawn and tunnels that should spice contention up at this intersection of the map.

It’s only right that Riot Games would terminate an extensive amount of in-game bugs prior to its official launch, and the list is long. We won’t bore you by going into exhaustive details of these housekeeping notes, but we’ll say things are looking good for VALORANT’s release.

You can view the entire changelog by visiting the official VALORANT website here.