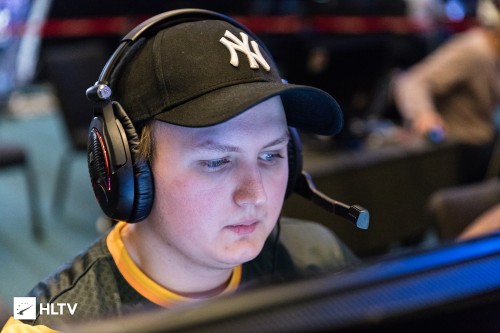 Jacob "pyth" Mourujärvi has today announced his retirement from competitive Counter-Strike in hopes of pursuing a career in VALORANT. (Photo courtesy HLTV)

Jacob “pyth” Mourujärvi has announced his retirement from competitive Counter-Strike: Global Offensive in a TwitLonger.

The former Ninjas in Pyjamas rifler expressed his feelings Thursday, explaining he lacked a sense of belonging since stepping down from NiP in May 2017. Perhaps rightfully so, as Pyth’s name in the Counter-Strike vista had become synonymous with his 18-month tenure playing as a Ninja; this period included title finishes at IEM Oakland, DreamHack Masters Malmö 2016, and a Major Championship appearance at ESL One: Cologne 2016.

Pyth’s career spans over a decade, debuting at 16-years old in CS 1.6 at Gamingplace LAN during the divide between the original Counter-Strike and its predecessor, Source. Over the last ten years, the Swede had competed under a number of household banners including SK Gaming, FlipSid3 Tactics, Luminosity, and Mythic.

Although today, the 26-year old doesn’t share the same enthusiasm for Counter-Strike that he once had. Instead, like a number of others, he’s curated a new interest in Riot Games’ new FPS tactical shooter, VALORANT.

“Moving forward, I have found a new spark in the new game VALORANT which I’m addicted to, this is a fresh start for me and I enjoy it very much and grind at least 12 hours a day with the goal to become one of the best players in the best team. Every day I come in with a new mindset to improve,” Pyth wrote.

While Pyth’s career in Counter-Strike seemed to be winding down prior to this announcement, it still marks another player to change lanes in favor of a career in VALORANT. Upcoming and well-established talent in CS:GO alike have been trading in their AK47’s for Vandals and Phantoms. Since release of the VALORANT closed beta, Hunter “SicK” Mims, Shahzeeb “ShahZaM” Khan, and the entirety of the South Korean MVP PK roster have exited CS:GO to pursue opportunities in VALORANT.

Competition between Counter-Strike and VALORANT was initially discussed quite light-heartedly; however, with news of key players and teams announcing their departure on a routine basis, the air is feeling a bit more tense. There’s currently no solidified competitive infrastructure for VALORANT, and Riot Games has said they will wait until the time is right to map its esports roadmap for the game.

Counter-Strike: Global Offensive Valorant
Share
Cody Luongo
An American journalist specializing in business, gambling and Counter-Strike - Cody was a competitive gamer first before starting his career in esports. Competing in several titles including Halo, Counter-Strike and Rainbow Six prior to his career as a journalist where he would go on to write for ESPN, Esports Insider, SickOdds and many more.
Follow me