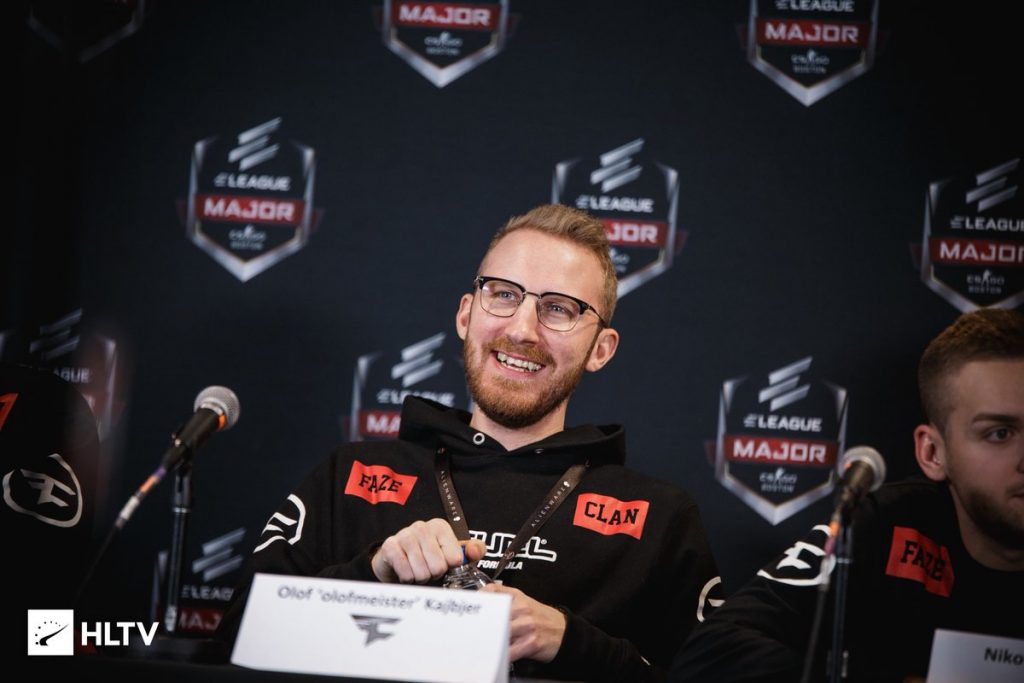 FaZe Clan announce Saturday that olofmeister will be stepping away from the team temporarily. (Photo courtesy HLTV)

Swedish rifler Olof “olofmeister” Kajbjer will be stepping away from the FaZe Clan active roster as he takes time to recharge from fatigue, the organization announced Saturday.

FaZe Clan published a statement from the 28-year old Counter-Strike star, citing a lack of motivation and the need to recover before returning to the scene.

The news comes after several underwhelming performances from olofmeister and his team. Most notably, FaZe Clan failed to qualify for the ESL Pro League and Rio Major after bowing out of both the European qualifiers in the last two months.

In 2018, olofmeister had taken a personal leave of absence from FaZe which saw him out of action for over three months. While the organization had previously turned to Richard “Xizt” Landström and Jorgen “cromen” Robertsen to fill the void left by olof, it’s uncertain who will take reigns of his position this time around.

Olofmeister has been a great part of FaZe Clan’s success since joining the team in September 2017. Some of the most impressive results in his career, such as first place finishes at ESL One: New York 2017, ECS Season 4 Finals, and EPICENTER 2018, have all been achieved while wearing the FaZe jersey.

All eyes will be on the organization as they ready their next move to navigate olof’s temporary departure. With Valve’s changes to the Regional Major Rankings in respect to roster rules, FaZe Clan may opt for a more permanent replacement to retain their spot in the European standings.

With olofmeister’s break, FaZe Clan will be down to four players: