NA CS:GO: What Is Dead May Never Die 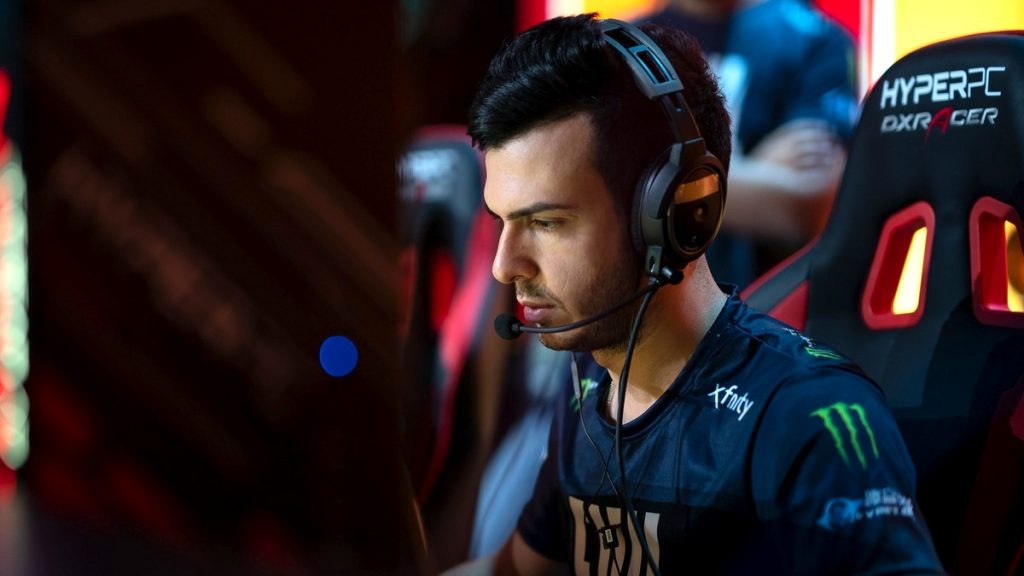 Is tarik displaying his inner evil genius by trying to de-motivate the rest of NA? (Photo courtesy EPICENTER)

From a meme to a dream. A rise and then a fall. North American Counter-Strike has been defined by monumental highs and colossal falls since CS:GO released in 2012. From the thrilling “Hiko are you kidding me?” to the devastating iBUYPOWER bans. The excitement of Liquid s1mple, followed by the letdowns on the Major stage. And of course, the long-awaited Cloud9 Boston major victory that led to the dissolution of the championship roster in the following months.

The NA landscape is defined by its peaks and valleys, but the most recent stretch of the road has been more dark and dangerous than ever before. A still-ongoing global pandemic has shut the region out from the rest of the world, and its effects have gone further than just stifling competition. In addition, a new competitor seeks to carve out a competitive scene for itself, drawing strength from NA CS’s reserves, and even some of its stars.

NA CS IS OFFICIALLY DEAD, I WENT & SAID IT.

Is NA CS actually dead? People have been saying that long before tarik’s tweet from October 2020. If it were dead, then this past year should have been the final nail in the coffin.

COVID shuts down LANs, and shuts out NA from the rest of the world

In March, the world came to a grinding halt as the COVID-19 pandemic picked up steam, forcing public events and places to postpone or shut down completely. Esports was not spared, as offline events were either cancelled, postponed, or forced to move online. For CS:GO, this began at IEM Katowice, when the Polish government revoked ESL’s permissions to host crowds in Spodek Arena for playoffs. Natus Vincere ended up sweeping G2 Esports 3-0 to hoist the trophy inside an empty arena.

No crowd no problem for Na’Vi in Katowice. (Photo courtesy ESL)

Team Liquid, Evil Geniuses, Cloud9, and 100 Thieves all packed their bags and headed back to North America, where they would remain. No LANs to go to, just online events against other regional talent in the form of ESL Pro League, DreamHack and BLAST events, and more. A North American team hasn’t competed against Europe in over eight months, and that wouldn’t be a problem if there weren’t a small list of competitive, prominent NA teams that has only gotten smaller.

While Liquid and Evil Geniuses hover at the top of the regional rankings, and the world rankings for that matter, their usual cohorts have abandoned what can be considered an easier path to future majors. 100 Thieves bowed out of CS:GO completely, having never got to compete at a major with players donning the red, white, and black. Owner Matthew ‘Nadeshot’ Haag specifically cited the need for the players to be in Europe during this time, effectively listing North America as an unviable spot for a top CS:GO team at this time. Cloud9 ditched their NA roster for an almost entirely European reboot, leaving behind the region from where they once successfully climbed the CS:GO mountain. Complexity did so even before the pandemic, and now look like geniuses because of it. 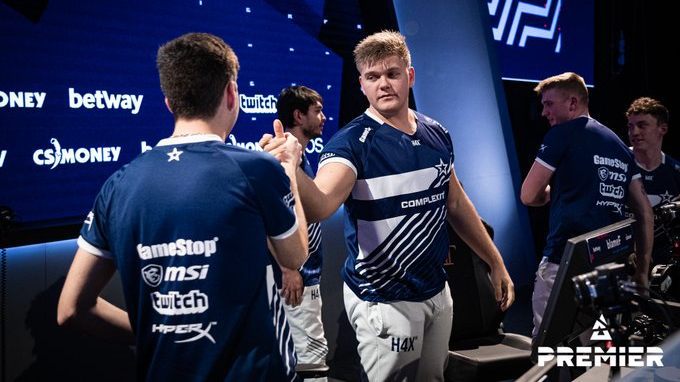 Complexity have had a BLAST in 2020. (Photo courtesy BLAST)

With the pandemic forcing the top NA teams to only compete within their borders, we’ve seen almost all those events either go to Evil Geniuses or to the red hot Brazlian team in FURIA. Without proper competition, it’s likely we’d see EG and Liquid struggle if, and when, the majors return. It’s evident that they’ve realized this, opting to compete in the European division of the upcoming DreamHack Winter event, leaving behind a rather unimpressive NA field.

Who is winning it?! 👀 pic.twitter.com/dRvDRPFYKe

For Liquid and Evil Geniuses, there’s an obvious benefit to competing in NA; a much easier road to the major. They both sit in the top three spots of the NA regional rankings, which would earn them a Legends spot. But looking at the rest of the teams near the top of the rankings speaks to the point that NA is at right now: two South American teams are in the top five, the former 100 Thieves roster is number four, and number six is ex-Cloud9. Four of the top six NA teams are Brazilian or currently orgless.

As the list of prominent organizations competing in NA CS begins to dwindle, it’s worth looking at another potential reason for the region’s shortcoming outside of COVID-19: a shallower talent pool. The cause of that can be easily seen in the rise of a potentially serious competitor in VALORANT.

A New Power in North America Emerges in the VALley

When VALORANT was first released as a beta, the early stages of a fledgling competitive scene successfully attracted a huge collection of former CS:GO talent. Naturally, players who had come and gone through an extensive CS:GO career jumped at the new opportunity, such as TSM’s cutleR and hazed, and 100 Thieves’ Hiko. With the door to a CS:GO major closed to them, former stars like 100T steel and T1 brax switched over too. 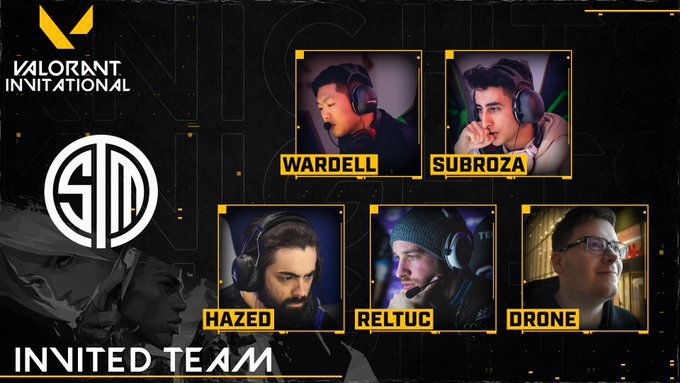 This sort of behavior can be seen in other regions too, like Europe and Korea, where players who competed in CS:GO but failed to establish a permanent footing left for newer, greener fields. But something else happened in NA, something that should excite VALORANT fans but worry the CS:GO ones; future and current stars leaving for the Riot shooter.

100 Thieves pulled off an incredible heist by luring away Team Liquid CS:GO mainstay Nitr0 not just from his team, but from his game. And this lure was cast after his most successful year with Liquid yet. No other top team in Counter-Strike lost a player to VALORANT. In addition, many of what was supposed to be the next wave of NA CS stars switched over as well. Players like TSM’s WARDELL, Cloud9’s TenZ, and Sentinels’ SicK are now considered the first wave of NA VALORANT stars, and it’s not inconceivable to think that there’d be more prominent orgs vying to compete in NA if talent like this was available.

There’s Still a Heartbeat, Can’t Call It Yet

It isn’t all doom and gloom for NA CS, we could just be at the lowest point right before a steady rise. For one, consider that CS:GO is still as popular as ever, having just hit the one million players at once mark for the first time since June, and there are still tons of players playing MDL and ESEA. NA also has two teams in the top 15 in Liquid and Evil Geniuses, and they each have a good chance to rise in the rankings over the next couple of months, and when LANs return. 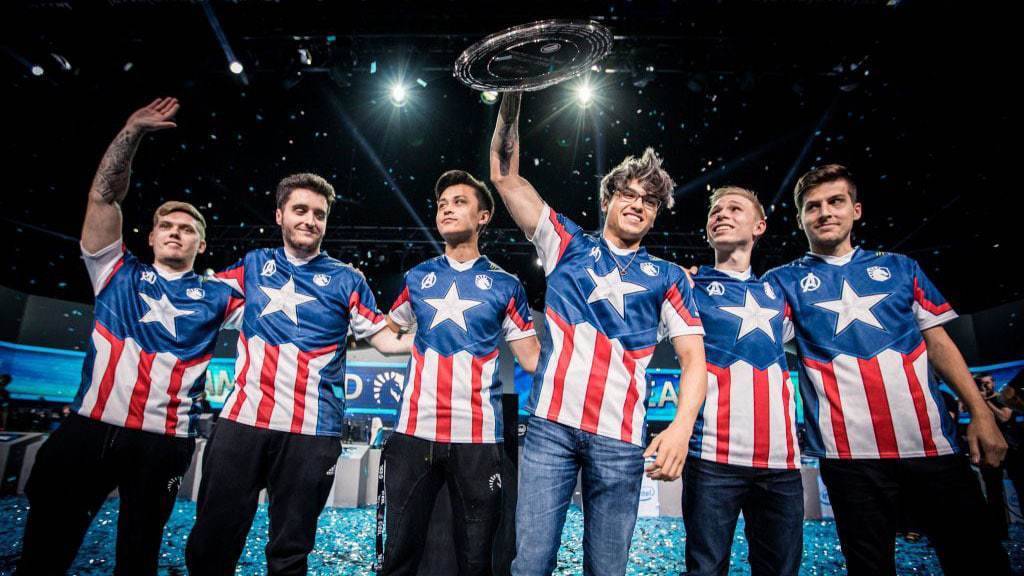 Outside of the majors, Liquid was untouchable in 2019. (Photo courtesy ESL)

Additionally, the COVID-19 pandemic will in all likelihood, hopefully, pass. With that means the return of more international LAN competition, stoking the desires of players and owners to want NA to be great on the biggest stages. Big organizations like 100 Thieves will likely jump at the chance to get back into CS:GO once it’s more viable, and they’re unlikely to be alone in that aspiration.

NA CS is not dying, and it’s certainly not dead despite what people say on places like Twitter and reddit, it’s just reverted back to an earlier form that’s more top-heavy than robust. It’s also, again, more susceptible to a Brazilian takeover, but at the hands of FURIA rather than the SK/LG roster that ran roughshod over 2016 and 2017. If time is cyclical then so is NA CS, and within the next two years, when the world is back to normal, NA CS will be back to having a handful of teams that can consistently contend with Europe. We might even be treated to another Boston C9-esque miracle run.