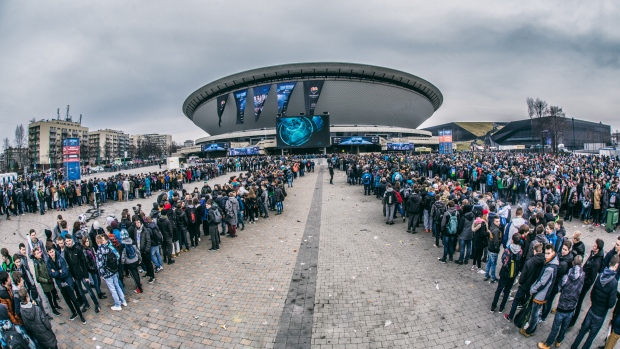 Fan's hoping to get in to IEM Katowice were turned away when organizers closed the event to the public. (Photo courtesy ESL)

The Silesian Gouverneur has declared the IEM Katowice playoffs, set to commence Friday at the Spodek Arena, will be played without an audience. This comes amid rising concerns of the coronavirus outbreak.

ESL stated it has been working closely with the local government and health authorities throughout the event’s planning. While at the time of writing there are no confirmed cases of coronavirus in Poland, the Gouverneur of Silesian has opted to repeal its approval for ESL to host the mass event in Katowice.

A statement provided by ESL reads:

“Due to the dynamic changes in the global health situation and in order to ensure the safety of residents and visitors to the region, the Gouverneur of Silesian (Silesian Voivode) Jaroslaw Wieczorek issued a decision to remove their approval regarding ESL hosting a mass event in Katowice, Poland. Due to this development, Intel Extreme Masters Katowice 2020 will not have any audience on-site. ESL respects this decision from the local authorities and is currently working on reaching out to all ticket holders, guests, and media. Tickets will be fully refunded. The tournament will be conducted and broadcasted as planned, but without any additional visitors on-site. We are deeply sorry for all fans and players.”

The decision followed an announcement Wednesday by ESL which updated its guidelines for IEM Katowice to include a mandatory health screening for every guest attending the event. The tournament organizer intended on equipping the venue with extra medical staff, first aid patrols, and additional sanitation stations for visitors.

The coronavirus continues to riddle major esports events and leagues as Riot announce it would be delaying announcements of the Mid-Season Invitational. Activision has also canceled all Chinese and South Korean Overwatch League homestands. The coronavirus has reportedly spread to at least 42 countries and infected over 80,000 individuals. The World Health Organization declared the infection as a global health emergency on January 30th.