T1 Signs Brax for Valorant and Other FPS Titles 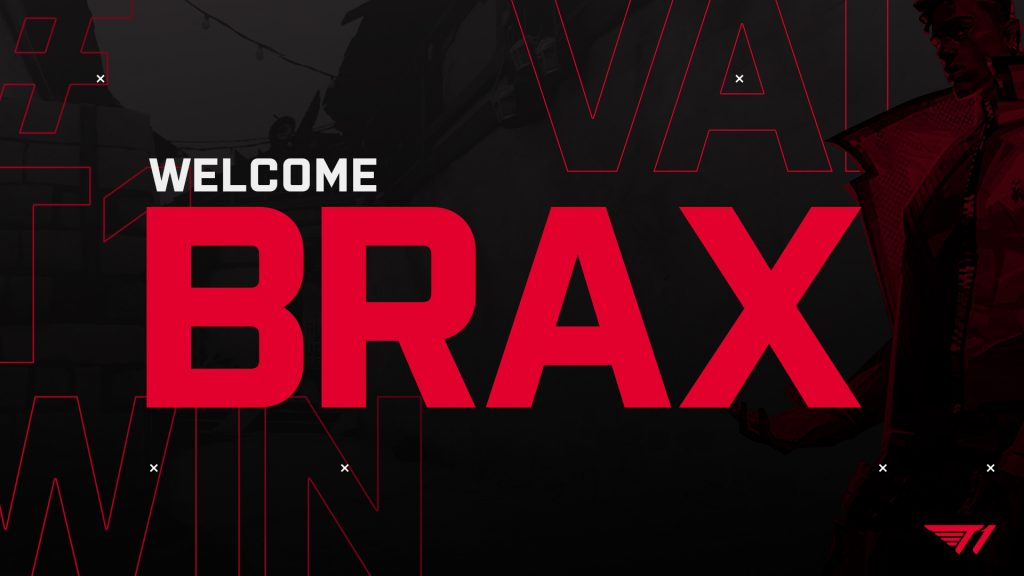 Brax is the first signed Valorant professional, even with the game still in development. (Photo courtesy T1)

Braxton “Brax” Pierce, also known as swag, has been signed by T1 as a creator and professional player for Valorant and other FPS titles.

The prodigy has joined the server.

T1 is excited to welcome @brax1wnl to the team as a creator and professional for Valorant, CS:GO and FPS titles!#T1WIN #T1Fighting pic.twitter.com/fsDL9huxlZ

The 23-year-old former Counter-Strike: Global Offensive pro recently retired from the game after years of being banned from Valve Majors due to the iBuyPower match fixing scandal. At the time, Brax was hailed as one of the more promising up and comers. Now, he will try and prove himself in a new game. Even if Brax doesn’t end up as a professional player, he could still lead T1’s content creation or team development for Valorant. His experience as an FPS player is always valuable in a fledgling scene.

Brax is the first ever contracted Valorant player/personality, even though the game is still only playable behind closed doors. With a recognizable name like Brax at the helm, T1 will gain following from CS:GO players and fans transitioning over. This could also be a sign of things to come. T1 is an esports giant, and their attention towards Valorant this early shows that big organizations have their eyes on the game.

Counter-Strike: Global Offensive Other
Share
Zakaria Almughrabi
Zakaria is a former professional TF2 player turned caster and analyst. He has had a passion for gaming and esports for years and hopes to use his skills and experience to convey why gaming is so great. His specialty games are League of Legends, CS:GO, Overwatch, Super Smash Bros, and PUBG.
Follow me