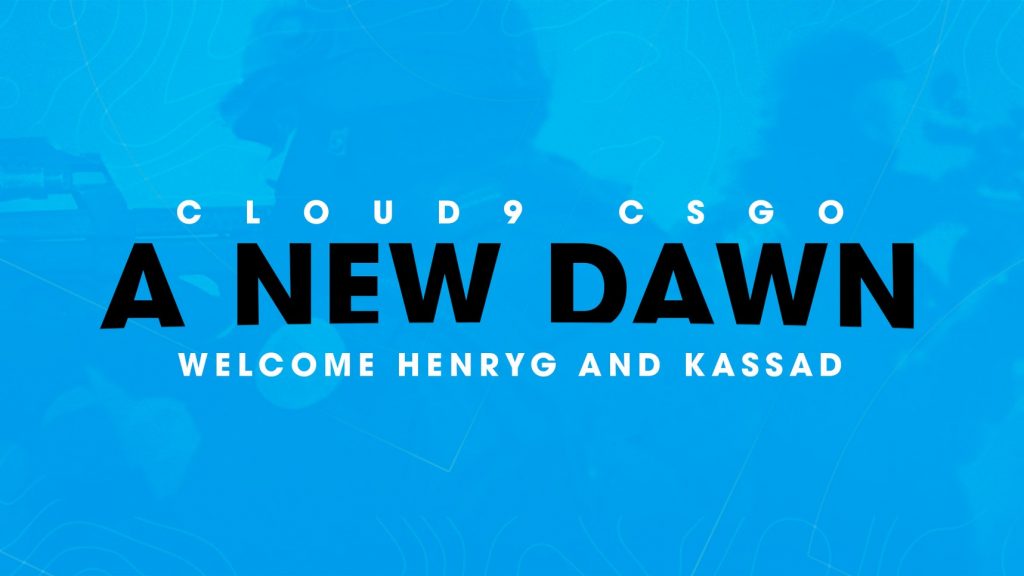 Cloud9 will be restructuring their CS:GO division in the coming weeks while trying to find a new home for their current lineup. (Photo courtesy Cloud9)

Cloud9 has announced that they will be overhauling their Counter-Strike: Global Offensive roster in the coming weeks. The current American/South African squad, formerly known as ATK, has been with the organization since January.

Today we near the end of #C9CSGO's current chapter as we enter a rebuilding phase.

During this process, our current team will continue as Cloud9 while we evaluate new opportunities for them.
📰 Read more: https://t.co/PSXdIlSlep
📺 Watch Full: https://t.co/Zmn61guobc pic.twitter.com/CvEB0piFae

At the head of the entire operation will be former CS:GO commentator Henry “HenryG” Greer. HenryG announced his retirement on September 4th after a storied six year career. In his interview with Dexerto, HenryG said he had some new exciting and challenging plans for his future in Counter-Strike.

Today, I am thrilled to announce my new position as GM of CS:GO at @Cloud9

My first official acquisition is our enigmatic Head Coach: @Kassad

Please take the time to read the @RLewisReports article below, where we break down our goals of the project. https://t.co/R4GAqTYR2G

As the new General Manager of Cloud9 CS:GO, HenryG will be rebuilding the squad from the ground up. He has already signed coach Aleksandar “kassad” Trifunović to help lead the team. Kassad was released from 100 Thieves in April and has been a free agent until now.

HenryG and kassad must now create an entirely new roster to compete at the top level of Counter-Strike. In his tweet, Henry says “You think you have what it takes to compete in the top 10 of the world? You know where to find me. Act fast.” There are many big fish currently available in the free agent pool. Although no deals have been finalized, HenryG has been in talks with a number of them.

The current C9 roster will continue to represent the organization throughout ESL Pro League Season 12, although they have started out with a 0-2 record. In the meantime, the Cloud9 head office will be looking to find a new organization for their players. This move marks the fourth restructure for the North American giant since their ELEAGUE Boston Major victory.

This squad’s eight months under the C9 banner have been full of ups and downs. They were initially signed after an amazing run at ESL Pro League Season 10, but have failed to live up to those expectations. While they have pulled off some decent finishes, early Group Stage exits were a common occurrence for them.

Cloud9 is an organization that strives for greatness. The current lineup just wasn’t providing enough success to justify giving them extensions. Hopefully this rebuild finally hits the mark and allows C9 to truly contend with Team Liquid and Evil Geniuses for regional titles. As for the players, they have one last chance to increase their stock at ESL Pro League S12. If they manage to come back from their weak start and make a run through playoffs, we might see them together under another organization soon.