Cloud9 Parodies the Complexity “Juggernaut” but Shouldn’t Mock the Blueprint 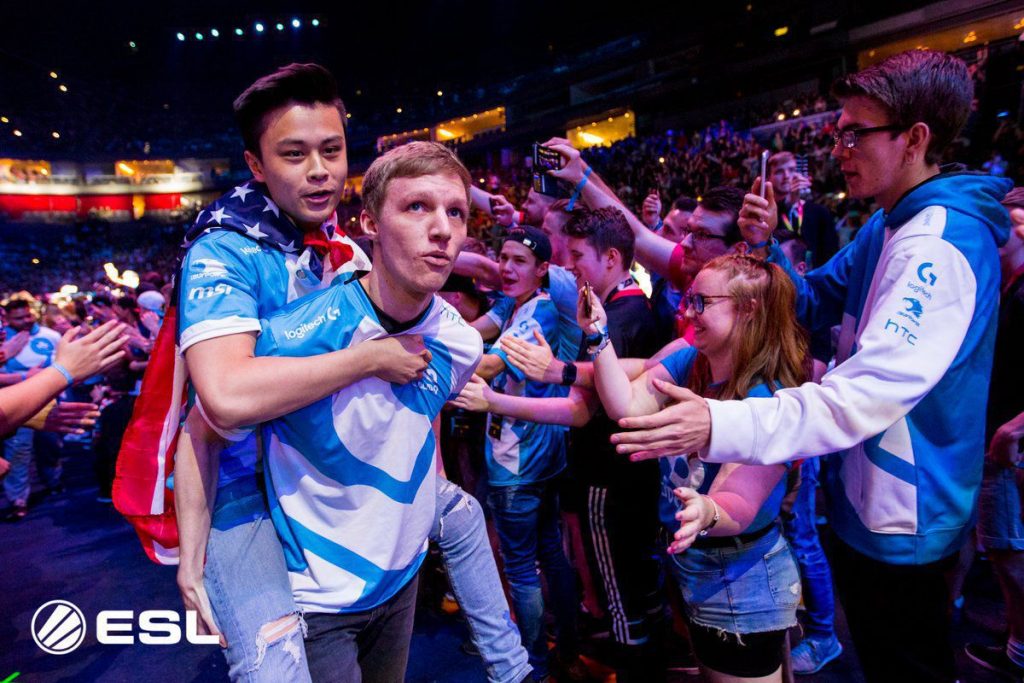 Cloud9 have meme'd Complexity's "juggernaut" rebuild, but joking aside, should follow their blueprint. (Photo courtesy ESL)

Cloud9 has always set lofty aspirations for its esports teams, and the hardware that fills their trophy cabinets provides plenty of reason and motivation to do so. Until this very season, their LoL roster hadn’t missed a single Worlds, and they’ve claimed a handful of LCS titles in the meantime. Their Overwatch franchise the London Spitfire won the first Overwatch League championship. They’ve collected trophies in a myriad of other titles, including CS:GO.

When they entered the scene they were a feisty NA roster more than capable of dispatching the teams in the Americas region, but would flounder in the spotlight of the majors. Starting in the summer of 2017, Cloud9 transitioned from feisty to dangerous, rattling off some impressive performances, but still fell short on the biggest stage.

Then came the January 2018 ELEAGUE Major in Boston, and the elusive success for both Cloud9 and the North American region was finally acquired. C9 rampaged through the Challengers Stage, but two quick losses to G2 and Space Soldiers put them on the brink of elimination in Legends. With their backs against the wall, they streaked together wins against Virtus.Pro, Astralis, and Vega Squadron to make the major playoffs for the first time since Cologne 2014. They would reach the finals against FaZe Clan, and won an all-time great series that saw the final map go to overtime. Cloud9 finally stood tall over the CS:GO world. 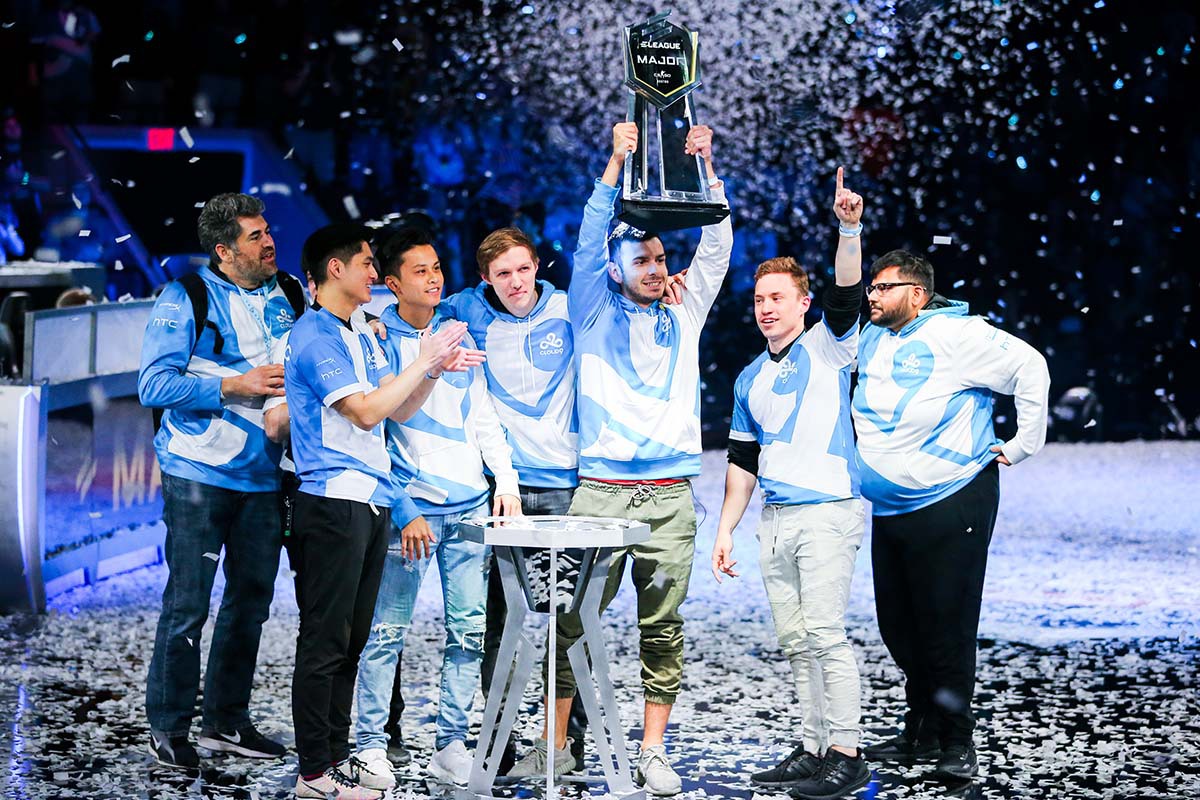 But the victory didn’t carry over into sustained success. Less than a year later, the majority of the roster in Stewie, tarik, and Skadoodle would be gone and Cloud9 haven’t had a notable accomplishment since. C9 would experiment with a plethora of player choices over the next year and a half, including flusha, kioshima, Mixwell, cajunb, daps, and Koosta. Eventually, they would let go of those roster pieces, or sell them off to Gen.G to close out 2019.

To begin 2020, they signed a rising roster from ATK, but that group of players just didn’t feel like the championship-caliber team that Cloud9 was used to fielding, and C9 decided to pull the plug after eight months of failing to emerge as a contender even in North America in an online-only era.

Now the rebuild is on again, but with higher expectations. Henry “HenryG’ Greer is on the clock to bring Cloud9 back to championship form as acting General Manager, and has penned Coach Aleksandar “kassad” Trifunović and in-game leader Alex “ALEX” McMeekin as the respective brain and head of this new “colossus.”

The #C9CSGO Colossus – coming soon to a @Flashpoint near you… pic.twitter.com/b4NGxzNYND

The use of the term “colossus” by Cloud9 is a not-so-subtle nod to the “Juggernaut” that is the new Complexity Gaming roster. And if Cloud9 is smart, they should look to owner Jason Lake and Complexity’s willingness to spend big and be patient as a roadmap to CS growth.

Last year, after CoL’s disastrous showing at the StarLadder Berlin Major, Lake took to Twitter to express his frustration, and declare his goal of building a new CS:GO “juggernaut” from scratch.

I love our players as individuals but these results won’t be tolerated.

If you’re a Tier 1 player looking for a fresh start at the best facility in the world, HMU. I’ll pay your buyout and give you the world’s highest salaries.

Lake sought out the best players in the world, and offered to pay top-dollar when it came to buyouts and salaries. After opting to retain the young Obo and Coach keita, Lake spent big bucks on in-game leadership and championship experience, signing Heroic’s Benjamin “blameF” Bremer and C9 major winner Will “RUSH” Wierzba.

They finalized their roster with Kristian “k0nfig” Wienecke, who’s stock had dropped since his stints with both North and OpTic never really panned out, and young AWP-ing prodigy Valentin “poizon” Vasilev. The juggernaut had been constructed, but not everyone was so easily impressed.

Several fans thought that Lake had overpaid for this collection of players, and assumed they wouldn’t amount to anything special. Early on, they struggled to find their footing in a myriad of online qualifiers, and many fans thought they would get walloped in a BLAST Spring group consisting of themselves, Astralis, Vitality, and Natus Vincere.

Instead, the juggernaut took its first major step forward, with convincing 2-0 wins against both Astralis and Vitality to ensure a spot in the BLAST European Finals. At those very finals, they went from taking baby steps to stomping through some of the world’s best teams en route to a first-place finish. They dispatched OG, got some revenge against Na’Vi, blazed through FaZe by a 2-0 margin, and then beat Vitality a second time to earn a trophy and the lion’s share of half a million.

In a scene where roster turnover is high, and a bad string of results can spell doom for a team before they gain any momentum, Lake’s decision to keep the roster intact despite the early online struggles paid off with a team that’s dominated the BLAST events of 2020, and currently sits at number five on the HLTV rankings.

Much like Complexity, Cloud9 have started things off by forging an early partnership between the voices of leadership: the coach and the IGL. Kassad was instrumental in helping the Renegades roster from Australia overachieve at both majors in 2019, before the players were signed by 100 Thieves. ALEX’s in-game leadership was vital to a Vitality team that needed to maximize the production of a young star in Mathieu “ZywOo” Herbaut. 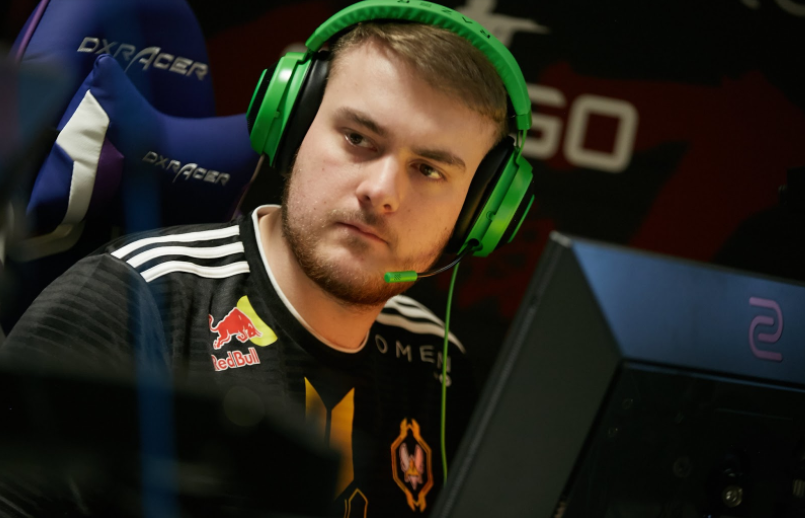 ALEX during his stint with Vitality at the StarLadder Berlin major. (Photo courtesy StarLadder)

If they’re looking to follow the juggernaut’s blueprint for their own colossus, the next step will be to find some veteran experience, preferably someone with a history of winning. If they’re looking for a major winner specifically, like how Complexity went out and got RUSH, there are some MiBR players that have recently become available that might be worth consideration. An established vet in olofmeister also still waits on the FaZe Clan bench. Otherwise, they’d have to shell out top dollar for someone on the Astralis or Fnatic roster, and even big money might not be enough to get their hands on someone like that.

But the biggest thing Cloud9 can do when their lineup is assembled is tune out the noise and have patience. Lake probably looked at nearly every single joke on reddit or Twitter making fun of the “juggernaut”, but kept the roster intact and focused. Even though it’s been over two and a half years since Cloud9 climbed to the top of the ladder in Boston, they’ll have to slowly ascend one rung at a time if they want their colossus to contend with juggernauts.