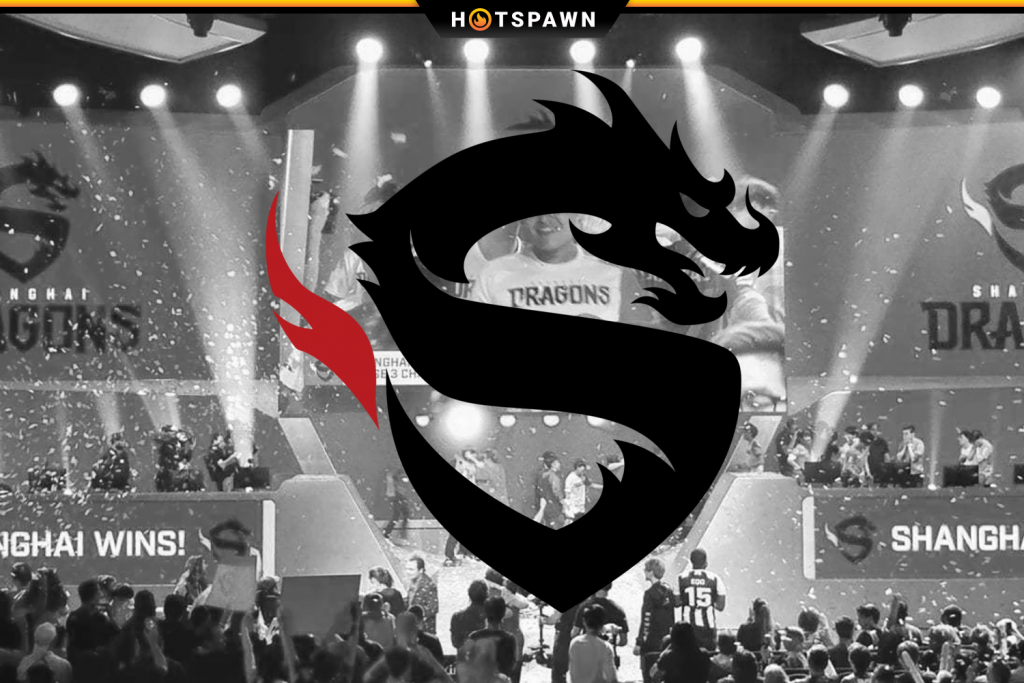 Shanghai Dragons made a monumental turn around from the worst OWL teams, to the best.

In the history of gaming no team has ever overcome a worse loss streak than the Shanghai Dragons. That is because no one has ever had a worse loss streak than the Dragons, who put up a 42 winless streak during season one of the Overwatch League. Only two short seasons later and that same organization is considered one of the best teams in the world and are heading into the playoffs as a favorite to win.

This is the story of the Dragons road to redemption.

On July 12, 2017, the Overwatch League announced that one of their first seven franchises would be hosted in Shanghai. The slot was to be owned and controlled by the Chinese technology company NetEase, who develop and publish video games of their own. As one of the earliest organizations to sign onto the new franchised Overwatch League, there was a lot of anticipation for the reveal of further details about Shanghai’s new team.

After a couple months of silence, NetEase announced that the team would be called the Shanghai Dragons. A month later, they finally announced their inaugural roster. Their initial lineup was made up of all Chinese players and coaches, with the exception of Assistant Coach Jun-young “Kong” Son who was South Korean.

In December of 2017, the world finally got a glimpse of the team in action and their performance was underwhelming, to say the least. They lost both of their preseason games, 0-4 to the Seoul Dynasty and 2-3 to the Boston Uprising. In hindsight, these two performances were grim predictions of what would come next.

Making History for the Wrong Reasons

During the first season of the Overwatch League, the Shanghai Dragons embarked on a harrowing 0-40 season. No matter what they tried, the Dragons just couldn’t seem to pull off a win. Their 42 game loss streak became the worst winless streak in any major esport league, or for that matter any major franchise sport. The Dragon’s failed at a historical level. 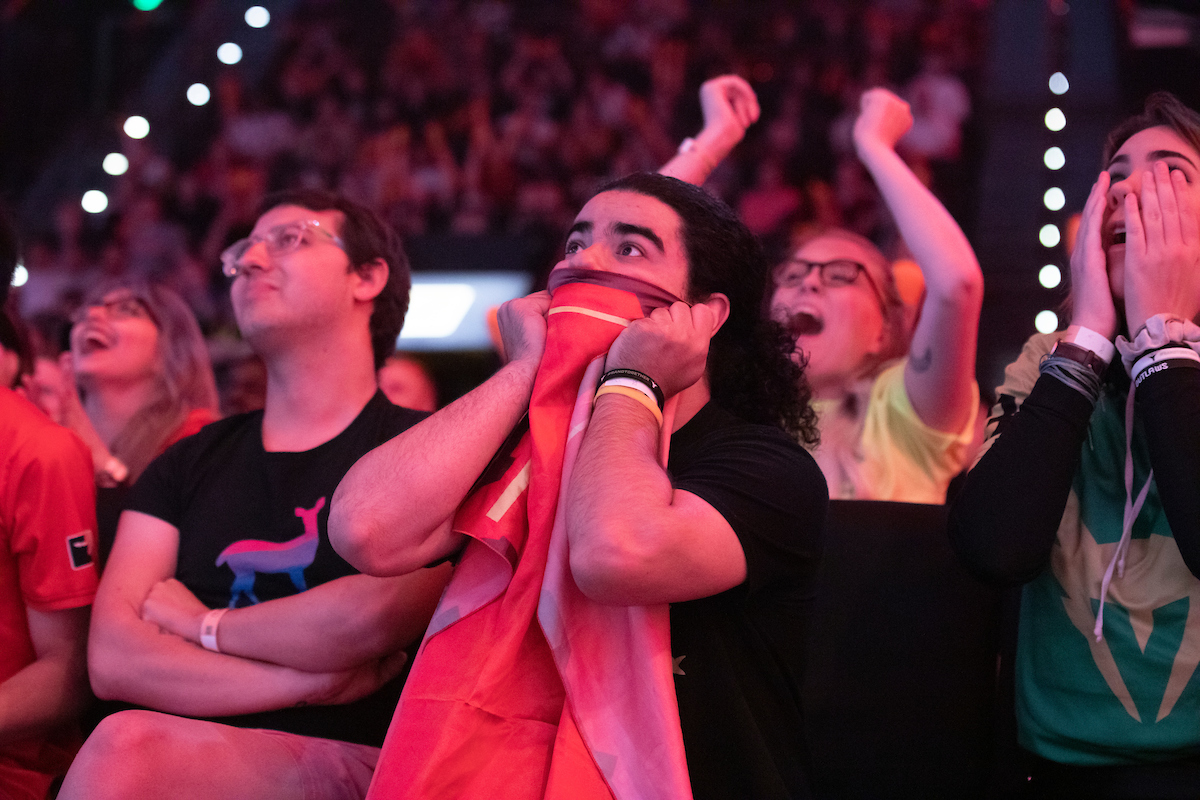 After their first 10 losses, Shanghai started to make changes, hoping to turn things around mid-season. They signed several more players, including non-Chinese players for the first time. Throughout the first few weeks of the Overwatch League it became apparent that a lot of the early talent base for Overwatch was in Korea. Among the new players they signed were South Korean players Eui-Seok “Fearless” Lee and Se-yeon “Geguri” Kim, both of whom still play for the Dragons today. 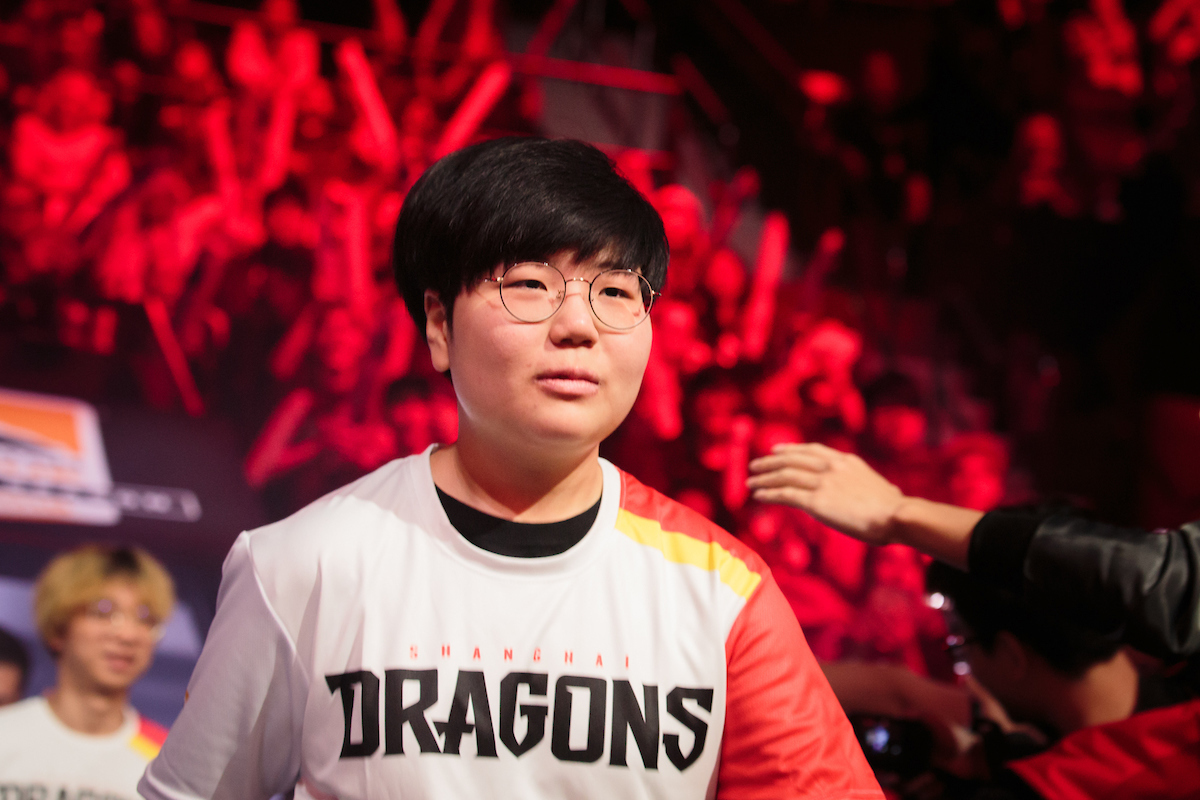 Geguri was a notable addition, as both a fierce competitor and as the first female Overwatch League player. Despite being one of the greatest Overwatch players available at the start of the Overwatch League, she was overlooked by every Overwatch League team going into the first season. Many teams rejected her quietly while others rejected her explicitly on basis of her gender. For example, the Houston Outlaws General Manager Matt Rodriguez even went as far as calling the hiring of a female player a “PR stunt.” Shanghai was the only team willing to give Geguri a shot.

After the Dragons continued to bleed, Chinese head coach Chen “U4” Congshan stepped down in March of 2018, leaving Kong in charge as the acting Head Coach for the rest of the season.

The changes to their staff and roster weren’t enough to stem the tide of failure. As the Dragons tallied loss after loss, they became infamous as the worst team in the Overwatch League. After the season finally ended they had some time to rest, rethink, and rebuild the team.

We sincerely appreciate everyone for supporting us during OWL season 1. Our players and staff have returned to their home for rest, and then will regroup in Shanghai afterward. Management will also start reviewing our performance during season 1 and begin planning for season 2.

After an 0-40 season, it was time to throw out the playbook and start over. The Dragons did exactly that in September of 2018, releasing six players from their roster. The only players who remained after the brutal cut were Geguri, Fearless, and Lu “Diya” Weida.

The Shanghai Dragons has released Altering，Freefeel，Fiveking，Roshan，Xushu，Ado，Sky and Daemin from their contracts with the team.
The entire SHD crew thank you for your dedications and contributions throughout the first season of the Overwatch League.

Soon after releasing most of their lineup, the Shanghai Dragons announced six new players to take their place. Among those new players was Jin-hyeok “DDing” Yang, Min-seong “diem” Bae, Seong-hyeon “Luffy” Yang, all of whom continue to play key roles for Dragon’s today. Around that same time, they also announced the signing of Seong-hwan “BlueHaS” We to be their new Head Coach. With new coaches and new players, the Dragons were off to a fresh start in OWL season 2.

However, they ended up losing their first two games in season 2. At that point, everyone was rooting for them to break the streak and finally win a game. They became the ultimate OWL underdog, everyone wanted to see them turn it around and pick up that first win.

On February 22nd, 2019 it finally happened. Shanghai Dragons finally broke their losing streak after 42 games, winning their first ever Overwatch League match in a 3-0 series against the Boston Uprising. The moment marked a triumphant end to their devastating drought and represented a huge turning point for the organization.

Not only did they go on to earn a respectable 13-15 regular season record, they also won the Overwatch League 2019 Stage 3 Playoffs, edging out San Francisco Shock in a 4-3 Grand Final match. In seven short months, they went from the very worst team in the Overwatch League to winning their first major. They ended up being eliminated during the play-in for the season 2 playoffs, but they had nonetheless redeemed themselves and found their footing in the Overwatch League.

During the off-season leading up to Season 3, the Shanghai Dragons were not content to rest on the laurels of their minor successes in season 2. They were making moves. They promoted Byung-chul “Moon” Moon from their academy team, Team CC, to be their Head Coach. They once again released a large number of players, including Kyungwoo “CoMa” Son, Young-jin “Gamsu” Noh, and Joon-hwan “GuardiaN” Cho.

They replaced those players with the likes of Jun-woo “Void” Kang, Jae-won “LIP” Lee, and Byung-sun “Fleta” Kim, among others. Most of the new players were recruited from various Contenders teams, though Fleta was transferred from the Seoul Dynasty.

Just as the OWL season was set to start, the COVID-19 pandemic caused the cancellation of the first few scheduled homestands in the APAC division. Ultimately, APAC had to cancel a full seven weeks of matches before the Overwatch League moved to an online format. COVID-19 also prompted some teams with primarily Korean players to move to South Korea. The London Spitfire, New York Excelsior, and Seoul Dynasty all returned to compete in Asia during the pandemic. This led to an interesting and unexpected set of teams in the APAC division, featuring squads from three different continents.

By the time the Asian season started, the Overwatch League had also implemented the new Hero Pool feature, which banned a particular set of heroes from the hero pool for a week. That feature ultimately worked in the Dragons favor during the first half of the season, since they were able to excel in a variety of metas on the backs of their flexible and mechanically gifted players. The Overwatch League has since adjusted the hero pools to be two weeks on a single hero rotation followed by two weeks with no hero pools, so that feature is less influential than it was at the start. 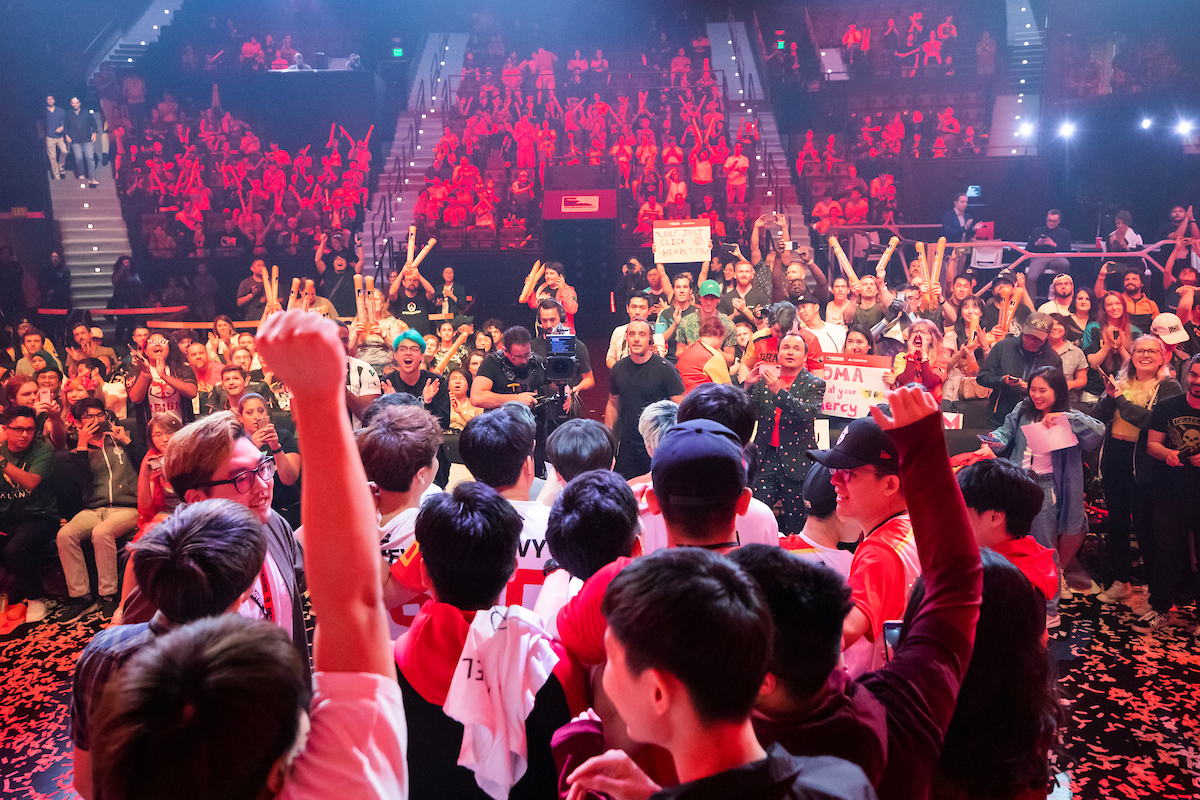 As further evidence of their hegemony in Asia, they won their second OWL major title at the May Melee regional tournament. They defeated the Seoul Dynasty in a 4-3 Grand Final to claim that victory. In the Summer Showdown the Dragon’s secured the first seed in qualification and attended the Grand Final match, however the Guangzhou Charge pulled off a scrappy underdog victory, upsetting Shanghai in a 4-2 series. However, that loss was the only notable sign of weakness from Shanghai all season.

What’s next for the Dragons

After significant staff and player turnover over the past couple of seasons, the Dragons season 3 roster is one of the best rosters in the Overwatch League. They are able to play dive, brawl, poke, or double shield metas at an elite level, and their DPS core has looked very strong on the Genji and Tracer, who are essential in the current meta. They seem to have finally built a roster that is capable of taking the championship.