Enter the Shanghai Dragons: Why We Love This Team 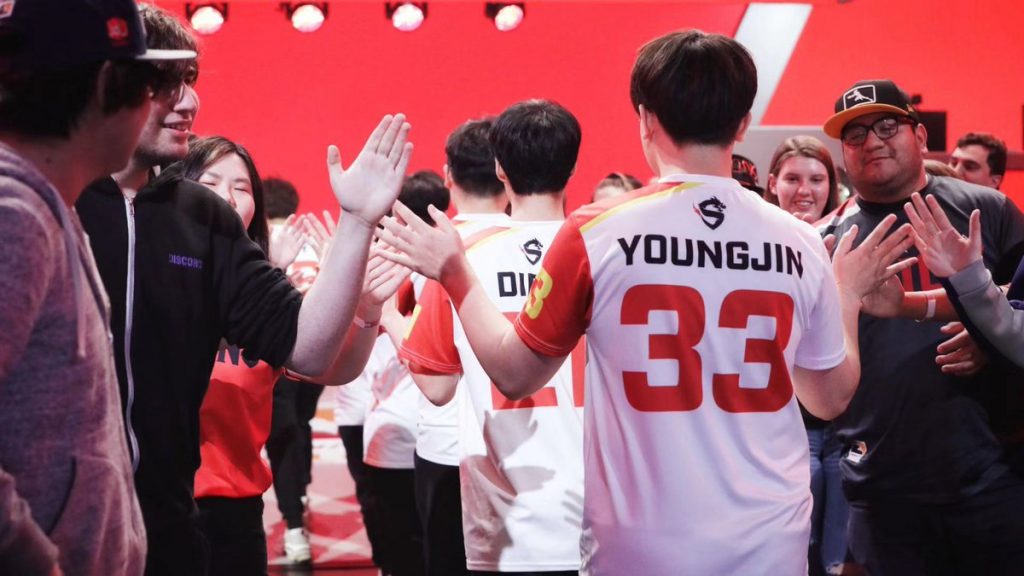 What has made the Dragons a fan favorite? What started as fans supporting the lovable loser has blossomed into a legit contender with a bright future.

As one of the 12 original teams from the Inaugural Season of the Overwatch League, the Shanghai Dragons faced their fair share of disappointments over the year. The Dragons made history when they lost 40 consecutive matches in their first year and went on to lose their first two of the second season.

That’s an impressive 407 days without a single win which caps the most losses of an esports team or traditional sports team. And while on paper they weren’t the favorites to win, they solidified themselves as favorites in the hearts of fans. They even had their own cheerleading squad at the arena to help cheer on this determined team.

Transition from Inaugural Season to Season 2

There was a lot of hope going into the second season of the OWL for the Shanghai Dragons. They had one of the bigger roster reshuffles between all the inaugural season teams. Out of their entire original roster of thirteen signed players, the Dragons only kept three players – Eui-seok “Fearless” Lee, Weida “Diya” Lu, and Se-yeon “Geguri” Kim. The Dragons focused on building a superstar lineup that centralized on creating a Korean team to eliminate any potential communication issues. The Shanghai Dragons added six stellar players to their three from the previous roster to round out their team to nine.

With a new roster and an unwavering commitment to their fans, the Shanghai Dragons entered the second season with what looked like a very good team. The Shanghai Dragons faced one of the eight new teams to join the OWL – the Hangzhou Spark. The Spark are another team with a seemingly fast-growing and loyal fan base that ‘sparked’ when fans saw their initiative color scheme and their anime-esque logo. But when these two fan favorites collided, the Dragons were unable to capitalize on the strong GOATS meta that favors teams that run this comp. Losing this first match had a lot of people questioning whether the team would be able to gain momentum after last year’s disappointing run. But fans would keep holding out for that the Dragons first victory knowing that the Dragons first win would be worth the wait.

One of one of most vocalized benefits that the Dragons continue to practice is that they are very meta resistant – in fact, they are almost conventionally different than all other OWL teams.

In an extremely GOATS heavy meta, it’s almost inconceivable that a team wouldn’t run the hard-hitting GOATS strat but the Dragons aren’t most teams. Going back through the past three weeks of play in the 2019 season, you can see that the Dragons regularly run a Healer heavy line-up with one or two Tanks. Recently we’ve seen Geguri, arguably the heart of the team, sitting out of matches to allow for DDing to counter GOATS comps. Her absence is what allows for the Dragons to drop a Tank to run a Sombra. It’s a daring move to attempt to counter GOATS strat instead of running one yourself. Considering the fact that most matchups are literally the same hero lineup on either side, the Dragons are bringing actual innovation to the games, win or lose. If nothing else, the Dragons are one of the most unpredictable teams because they don’t conform to the meta.

Moving forward the Dragons will have to focus on communicating with one another during team fights and implementing better usage of their ultimates. Currently, the Dragons are a tad trigger happy and as soon as they see a potential pick off, they use all their ultimates for that one kill. It sets them back as a team and it allows for their opponents to really punish them for their mistake.

Where Do The Dragons Go From Here?

Ahead of the Dragon’s match against their remaining opponents, the London Spitfire and the Dallas Fuel, it’s important that we look at realistically the Dragons can do for the rest of the season.

The Shanghai Dragons have slowly been rebuilding their confidence in a league that has heavily been influenced by GOATS and their recent wins truly capture the essence of “Never give up. Never surrender.” Their match against Dallas will have a greater chance for success seeing as the Fuel have been a middle of the pack team since the season started. Shanghai will be forced to be resourceful with their ultimates and be relentless in their pushes. Being original with their hero lineups will give Shanghai an advantage over Dallas and London.

Giving the previous records of both Dallas and London, it’s plausible that Shanghai could walk away from Stage One at 3-4 which would be astronomically better than their inaugural season Stage One results. Maybe if the meta had changed earlier this season, the Dragons would’ve had a better overall standing. This does give hope to the idea that once the meta changes in the next few weeks, thanks to the upcoming patch update, the Dragons will be in an amazing position for next stage. They are already playing around with outside the meta-strategies so once the current meta goes up in flames, the Dragons will be miles ahead of everyone else.

Sorry for the shakiness, just had to share this clip of @Geguri2 and her tears of joy moments after the @ShanghaiDragons took the W 😭 #BreakThrough pic.twitter.com/JDEbdmQiPp

The Shanghai Dragons are the heart of the Overwatch League. The undisputed underdogs even when they are winning. There’s a lot to be said about a loyal fan base that focuses more on just supporting the team rather the results the team is able to achieve. Win or lose, the Shanghai Dragons will always have their adoring fans shaking their “Frog Queen” posters or cheerleaders supporting the team regardless of the outcome.