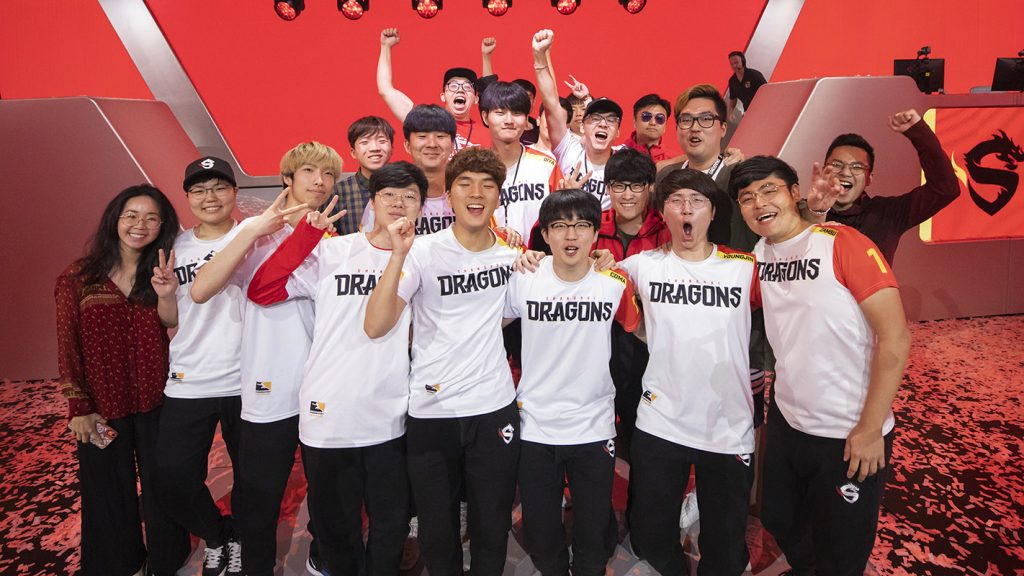 The story of the Overwatch League’s Shanghai Dragons began with high hopes and an all-Chinese roster. Those hopes were dashed throughout the first season, with the team garnering a record loss streak of 40 consecutive losses. This may have been a crippling blow to other organizations, but Shanghai was ready to flip the script in Season 2. The tenacity of the organization and the fans around the world helped the Dragons #BreakThrough and achieve the impossible.

Leading up to the Overwatch League’s Inaugural Season, Blizzard announced 11 cities that would become home to an OWL franchise. Shanghai was the only Chinese city announced. Thus, the owners of the franchise wished to field an all-Chinese roster to represent the team.  As the first franchise to announce their branding leading up to the Inaugural Season, the Shanghai Dragons were quick to catch the public eye. It was a dream beginning for a burgeoning franchise in a brand new esports league. However, a closer look at the team’s announced roster had fans and analysts scratching their heads.

We are proud to present to you our 8 Shanghai Dragons players!#ShanghaiDragons #OWL #OverwatchLeague pic.twitter.com/QTDnRgDGX9

Other teams in the OWL had picked up big-name players like Brandon “Seagull” Larned, Felix “xQc” Lengyel and Jacob “Jake” Lyon, while the Dragons had a roster of mostly unknown players. Franchise owner NetEase, a Chinese tech company, had made it clear between their roster and branding that the team would serve as a representation of Chinese participation in esports and specifically the Overwatch League.

Shanghai’s first season got off to a rough start, with the team going 0-10 in the first Stage. Unfortunately, the remainder of the Stages would be no kinder to the Dragons. They were completely winless at 0-40 at the end of the first season. To make matters worse, the team underwent several changes in coaching staff throughout the season. Their first head coach, Chen “U4” Congshan, stepped down in early March 2018.

Staff change: Effective immediately, Chen Congshan “U4” steps down as the head coach of Shanghai Dragons. He will formally leave the post after a transition period of one week. Current assistant coach Sun Jun Young “Kong” will act as a stand-in coach.

The revolving door of coaches continued to turn until September. After having had three different head coaches in a span of six months, the Shanghai Dragons signed South Korean coach We “BlueHaS” Seong-hwan. The team’s early exit from the season did, however, give the organization plenty of time to prepare for a very busy off-season. In that same month, they released the core of their inaugural squad.

Shanghai’s roster was in shambles and they were prepared to rebuild their squad from the ground up. And rebuild they did. South Korean talent was brought in from the famous Overwatch Contenders team KongDoo Panthera, as well as retaining their previously acquired South Korean tank player Kim “Geguri” Se-yeon.

🐲Announcement🐲
Please give your warmest welcome to the following for joining the @ShanghaiDragons !

Going into the new year, the Shanghai Dragons’ social media accounts were buzzing with information on the new roster and a new hashtag that became a staple within their fanbase: #Breakthrough. Other Overwatch League teams, such as the LA Gladiators, had been using hashtags to hype up fans since the beginning of the Inaugural Season. For the Dragons, #Breakthrough was more than just a hashtag: it was a rallying cry. It announced to the OWL that Shanghai would shatter the mold they had set in Season 1, and the message was echoed by fans across the globe.

We hit 100k followers! Thank you everyone for the outpouring of love and support. You’re 100,000 voices we hear cheering, and 100,000 reasons to keep doing our best ♡ (˘▽˘#) #ShanghaiDragons #Breakthrough pic.twitter.com/GuKZSQzLT0

With a freshly rebuilt squad and one of the most loyal fanbases the OWL has to offer, the Dragons were set to trek the road to redemption.

Stage 1 of Season 2 began the same way that the Dragons’ previous Stages had: with defeat. They suffered a 1-3 loss to expansion franchise Hangzhou Spark in Week 1 and a 0-4 shutout courtesy of the Vancouver Titans in Week 2. Just when the memes from Season 1 began to circulate through the internet once more, the breakthrough began. Shanghai defeated the Boston Uprising 3-1 for their historic first win. Needless to say, the emotional response from the casters and crowd alike was nothing short of sheer joy.

Frankly, if that clip doesn’t give you goosebumps, I don’t know what will. Despite their win against the Uprising, the Dragons would finish Stage 1 with a 3-4 record. Even though the team finished with a losing record, many fans rejoiced and became all the more excited for Stage 2. Suddenly, their team had a real shot at winning games, and Stage 2 proved that to the world. Shanghai made the playoffs for the first time ever with an impressive 5-2 record; unfortunately, the San Francisco Shock denied them a spot beyond the first round, and the Dragons were eliminated.

Thank you to everyone who sent us energy! Unfortunately we lost the series 3-1, but we’ve got a taste of the playoffs and will be back for more next time~ See you soon!
(*・∀・*)人(*・∀・*) #Breakthrough #OWL2019 pic.twitter.com/KgHuVV942F

They left Stage 2 with their heads held high, and their fans followed suit. The replies to the above tweet are the tip of the iceberg, with fans regularly sharing #Breakthrough tweets as well as sending fan art of the players to the Dragons’ Twitter page. This outpouring of support must have done a world of good for the new roster, who came out swinging with back to back wins in the first two weeks of Stage 3. Their good form continued. The Dragons ended the stage with another 5-2 record, which secured them the eighth-place spot in the playoffs. From this point forward, Shanghai endured a gauntlet unlike anything they had encountered before.

The quarterfinals saw the Dragons take on the top-seeded New York Excelsior.  Shanghai came out on top with a convincing 3-1 scoreline. In the semifinals, the Vancouver Titans awaited them. Amazingly, the Dragons routed the Titans, closing out the semifinals with a 4-1 score.

Naturally, fans and other OWL teams alike were ecstatic at the scene that was unfolding: Cinderella was one win away from doing the impossible. The San Francisco Shock stood in the way, and they wanted nothing more than to repeat the result from Stage 1. Regardless of what happened, this would be a historic night for both organizations and the OWL as a whole.

It's almost time! Our players are ready to go – send us your all your energy, love, and good vibes!

Map one was played on Oasis, which the Shanghai Dragons secured with help from DPS player Minseong “Diem” Bae’s signature Widowmaker. Map 2 took the teams to the streets of Numbani, where Youngjin “YOUNGJIN” Jin’s Doomfist had free reign to decimate the Shock to give Shanghai a 2-0 lead. Next up was Horizon Lunar Colony, which utilized Jinhyeok “DDing” Yang’s legendary Pharah play to put the Dragons at match point with an opportunity to clean sweep their first-ever finals. However, the San Francisco Shock bounced back, taking Havana, Ilios and Eichenwalde.

The series is tied up 3-3 and we’re going into the 7th and final map! Send us your energy everyone! #OWL2019 pic.twitter.com/rm3jsgDzdq

Map seven was Dorado, and the Shanghai Dragons employed DDing’s Pharah once again, with some help from Diem’s Widowmaker. The team’s reaction to the final push speaks for itself.

The former members of KongDoo Panthera, along with Coach BlueHaS, have given Overwatch fans everywhere a story that rivals even the most intense sports drama. The 0-40 season, the complete restructuring of the roster, several coaches and the heartbreak of a playoff exit served as the crucible in which this Dragons team was forged.

Following the Shanghai Dragons has been a roller coaster ride since Season 1, any longtime fan can tell you that. But this ride is far from over, and fans have plenty to be excited about going into Stage 4, starting July 25 on Twitch.

🏆STARTED FROM THE BOTTOM NOW WE HERE🏆

After a wild 7 maps we come out the stage 3 champs! We couldn’t have made it this far without your love – so here’s to you!

Like, RT, and leave a celebration gif below. We’re giving away 1 SHD keyboard, 5 jerseys, and 10 goodie bags! pic.twitter.com/eLlygrU5RN