Tactical: “I Learned How to be Aggressive [From Treatz]” 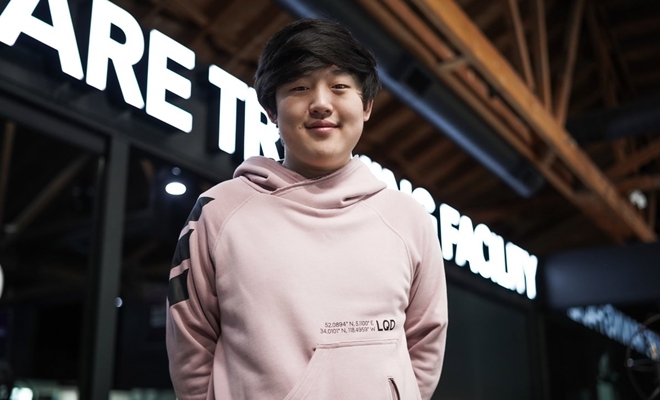 Tactical has performed above and beyond all expectations before Summer by finishing his first regular split in first place with a playoff bye. (Photo courtesy Team Liquid)

Last year, Edward “Tactical” Ra was known as a promising rookie ADC; the only accolade to his name was an Academy championship title from 2019 Spring. After finishing 1st place with Team Liquid in the 2020 Summer Split, his first full split in the League of Legends Championship Series, he’s become one of the hottest names in the league and a driving force behind his team’s success.

Tactical’s success is proof that he has what it takes to win and step up to the plate when stakes are high, but his next proving ground lies ahead in playoffs. We spoke with Tactical after he capped off Summer with a win against his former team TSM about playing against his old teammates, what he’s learned this year, and his expectations for his postseason competition.

Hotspawn: So, you just beat your former laning partner Erik “Treatz” Wessén. Do you have any words for him?

Tactical: I definitely didn’t wanna lose to him, especially because he was my laning partner last year. So going into the match I feel like there were higher stakes for me. Not only was it the last game and could affect the playoffs format, it was also going against a former teammate of mine. I definitely had a bigger emphasis on how I wanted to do.

Hotspawn: Now Treatz was playing Rakan which is a huge playmaker. Did you find yourself anticipating any of his movements or old habits to help you through the game? Things like knowing when he’s going to go in or how he’ll engage.

Tactical: That game specifically I wasn’t able to notice any personal or individual habits form him. I think he did good at not being caught out at all times and he wouldn’t’ be too forward. A lot of times we were looking for picks on him from early to mid game. I think he did well not dying. 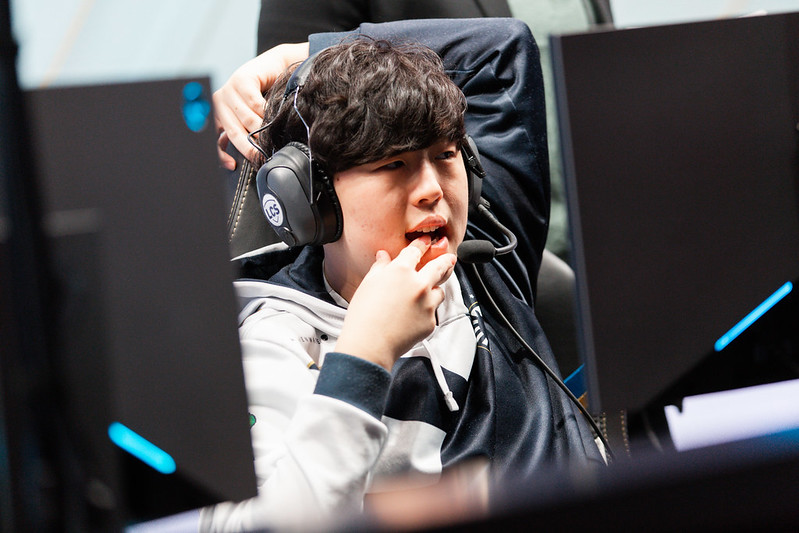 In weeks six and seven of the LCS 2020 Spring Split, Tactical subbed in for a benched Doublelift. (Photo courtesy Riot Games)

Hotspawn: Aside from playing against Treatz, you were also playing against Yiliang “Doublelift” Peng, who you matched up well against at the beginning of the split. What’s it like to play against him?

Tactical: A lot of times when the enemy ADC is also getting items and scaling with me, I don’t really care, but I notice that when I match up against Doublelift, I feel a little bit more threat. He plays for himself in the mid game in terms of gold, so there might be points where he has a small advantage in items. At those timings it can be a bit scary because he’s really good at getting those small leads slowly and trying to translate them into teamfights. We won most fights so it ended up being good for us, but he definitely has a better presence around him, like an aura, that makes him a bit scarier.

Hotspawn: Both Doublelift and Sergen “Broken Blade” Çelik were scaling pretty well that game and at some points it felt like TSM’s game to lose. They fumbled at the Baron and in the last fight around Dragon Soul. Were those mistakes surprising to you guys?

Tactical: To me, it felt like we were the ones in control, except for one small point in the game where [Doublelift] had Infinity Edge and I didn’t. It was only at that point where I felt like we didn’t have control over the game because they could actually win fights then. It seemed like they weren’t playing for tempo at all. They were just playing for items. That’s the reason that we got Baron; they probably didn’t expect us to start Baron right away. We started it because we had lots of vision on the map so we were pretty confident in where we thought they would be. Since they were delaying the tempo a lot, they could never actually take our top river that much in terms of vision, so that’s why we had the advantage in that regard.

Basically, when you’re at objective, one of the most important things to do is to think about what your position is going to be if you tunnel for the Dragon. They put themselves in a disadvantageous position for the jungle and support, so it gave us really good angles to just walk up because they were focusing the dragon. Maybe if they were playing slower or pushed us out first they could’ve played that situation better.

Hotspawn: This is your first full LCS split. When you were in Academy you were used to winning and now you’re winning a lot this Split. What have you learned so far reflecting back on the year?

Tactical: I think I got better at almost everything in general. Laning phase, teamfighting, just mechanics even. I think mechanics also come with game knowledge of how I wanna fight, so I think I just have a better idea of what I wanna do than before. Also, throughout the split, the newer champions I’ve been picking up have gotten better. For example, I picked up Ashe recently and I’ve been doing pretty good with it recently compared to the beginning of the Split where I basically didn’t play Ashe.

Tactical: With Treatz he really likes to push his limits and try to find out how far he can go. Basically he wants to take advantage of any mistake that the enemy makes as hard as he can. For example: in the 2v2, if you miss-position once, he’ll always try to flash on you or all-in you. I learned how to be aggressive and how to play on the edge. Sometimes I might have been too far in that direction in my opinion, so with Core, my judgement became more balanced in situations. I didn’t over-force anything. I think how me and Core saw the game sort of lined up already, so because of that it feels pretty natural for me. What he says makes sense to me always. So it’s kind of different since Treatz is more on the aggressive side.

Hotspawn: How’s it been working with coach Joshua “Jatt” Leesman? Did it take a while to gain respect for his coaching since he game from casting?

Tactical: I think right now the mixture of coaches we have is pretty good. We have Jang “Cain” Nu-ri as our strategic coach and he does basically the same things. It helps to have other coaches like Jatt and Chris “Croissant” Sun, and for them to also provide feedback and extra stability to our view of the game or our draft. Our view of the game is more stable and more consistent now. We actually have concepts and ideas that we wanna do, so that’s what he’s brought to us.

Hotspawn: A lot of people joke saying it doesn’t feel like Team Liquid is actually the best team or you guys play too slow. How has that affected you and what do you actually think about your playstyle?

Tactical: I do agree that in previous weeks we have been a bit slow or passive. But in recent weeks we clicked better as a team and lined up a lot of our concepts to be less mismatched. It’s easier to talk about the game and what happens naturally everyone’s on the same page.

Hotspawn: Who would you say are the top three strongest teams based on strength alone, not standings, and who do you personally want to face in the finals?

Tactical: I think the top three teams will basically be us, Cloud9, and TSM. I think those three have showcased the strongest performances out of all the teams. I hope to play versus Cloud9 in the finals because I really wanna see them pick it back up again and I think it’d be a really fun series if they’re able to power back up through playoffs and be in the finals.

Hotspawn: So lastly, it’s safe to say a lot of people have you pegged as rookie of the split, but there are actually a lot of rookies this year. If you could give it to someone other than yourself, who would it be?

Tactical: I would give it to Johnson “Johnsun” Nguyen. I think he’s been the clear player of Dignitas that’s been doing well on that team. Given the circumstances, they’re one of the lower teams, but he’s the one that stands out the most.

Team Liquid will play their first playoff match on August 21st against the winner of either FlyQuest vs. Evil Geniuses or TSM vs. Golden Guardians depending on who they select.