Licorice: “I’ve Gotten So Much Better Since I First Joined C9″ 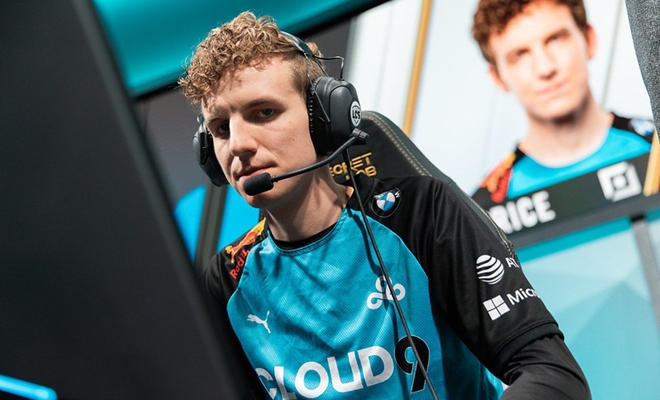 With their eyes set on repeating their Spring Split success and winning the Summer championship, Cloud9 made quick work of their opposition in the first half of the split. To everyone’s surprise, however, that momentum came to a halt in the second round robin.

After dropping their first two games of the split back to back, Cloud9 made quick work of FlyQuest to end week six on a high note. We spoke to top laner Eric “Licorice” Ritchie about the team’s sudden dip in performance, the NA Jayce meme, and misconceptions around his current level of play.

Hotspawn:  So weirdly enough, your win today is worth celebrating because it’s C9’s first win of the second round-robin. Why do you think you ended up dropping games against 100 Thieves and Evil Geniuses?

Licorice: Well the biggest thing right now is that as a team we’ve always had a really good grasp on the meta all the way through Spring and through the first half of Summer as well.  Right now with the new patch coming in it feels like we don’t know exactly what the strongest picks are. So I think that is the biggest thing, because we’re playing these games where we make fairly minor errors– or sometimes pretty big errors– , but we make one of two mistakes and the game is just unwinnable from the state we’re in. So we’re trying to figure out how to draft better.

Hotspawn: A lot of players say they’re trying to get a grasp on the meta. What does that mean for you? When a new patch comes out how do you study it?

Licorice: Well the thing that’s important to know about the meta is that it’s not really necessarily patch-based, right? Like you’ll see top laners and mid laners cycle. I think the biggest changes last patch were the Varus nerfs, but you’re seeing different mid lane picks and different top lane picks and different jungle picks now all of the sudden too. And that’s because people are figuring out new counters to champions or things they can blind that are good or new situations to pick things into. So really at the end of the day it just comes down to trying a lot of stuff all of the time and testing it out in solo queue or in 1v1’s and figuring out what feels strong and just trying it as much as you can.

Hotspawn: I wanted to ask you about Jayce in particular. There’s a narrative around “NA Jayces” with you and [Kim “Ssumday” Chan-ho] being seen as two of the best in the league. What do you think makes a good Jayce player and why do you think top laners in NA tend to have mediocre showings on the champ?

Licorice: Well, I think the biggest thing about Jayce actually is that you need really good wave management to get leads and I think a lot of players will mess it up. Because it’s also totally different wave management from when you’re playing bruisers or tanks. You’re playing a totally different style, and I think a lot of people mess that up in the first place and then they’re not pressuring as hard as they should and then they’re going even as Jayce. That can [make you] feel pressure when you’re picking this strong, lane bully champion and you’re not bullying your lane, right? So I think a lot of players will start making mistakes because they put themselves under a lot of pressure in that situation. 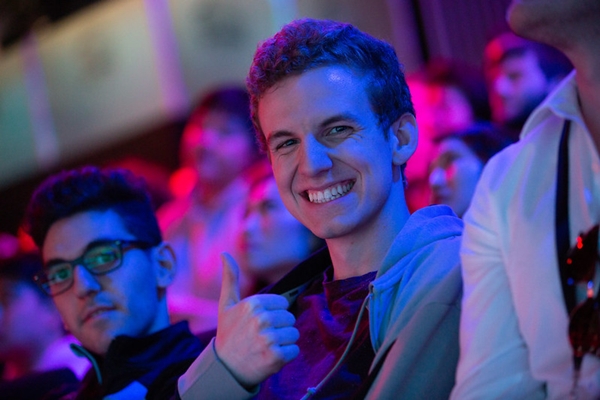 Licorice currently has two wins and one loss on Jayce in the 2020 Summer Split. (Photo courtesy Riot Games)

Hotspawn: A lot of these players will pick it in solo queue and do alright, but obviously it’s solo queue. What do you think are the key differences between playing a champion like that as a top laner on stage versus in ranked?

Licorice: For top lane? I wanna say the biggest thing that’s different from solo queue is that you need to be able to punish people who are trying not to lose. Because most of the time, like 90% plus, in solo queue when you’re playing against a top laner they’re trying to win their lane. Because they wanna get better, they wanna pressure, they wanna get solo kills, carry the game, you know that kind of thing. But then you go on stage and they pick Ornn, and the Ornn’s goal is to not lose, right? So you wanna be able to punish someone who’s putting all their energy into not losing instead of trying to win. So it’s a totally different lane phase and you just need to be so much more comfortable with wave management like I said earlier and just with the champion in general.

Hotspawn: I assume you guys are trying to take things a step at a time, but obviously Cloud9’s goal is to get to Worlds. You said to [James “Dash” Patterson] in an interview that you wanted to become a team that can beat anybody, so have you been studying any players from different regions these days?

Licorice: I always try to keep up to date as much as possible on the other regions. Right now, I’d say that the top laners I’m most interested in–and I wouldn’t say that they’re necessarily the best, but I can learn the most from them– would be [Kang “TheShy” Seung-lok] and [Jang “Nuguri” Ha-gwon]. I think they’re just insanely aggressive players and always manage to get CS leads in lanes where you technically are not supposed to. So I’m very interested in watching those two play and I think it’d be really fun to play against them internationally. 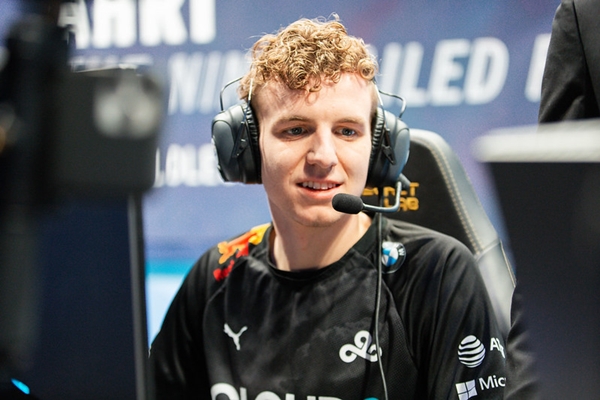 Licorice currently has the highest CS differential at 10 minutes of all LCS top laners at +7.1 (Photo courtesy Riot Games)

Hotspawn: On that note, I wanna talk about the narrative around you as a player right now. The perception of you over the years has gone from people having low expectations, then thinking you’re the best thing ever after your first Worlds, and now your team structure is different and different styles are required of you that aren’t necessarily super flashy all the time. How do you feel about your own play these days and what do you think about people thinking you’ve gotten worse just because you’re not popping off every game?

Licorice: Being able to play a bunch of different playstyles is something that I’m actually really proud of as a player because I think that it’s really rare, especially among top laners where people really get slotted into these carry versus tank roles where you’re either a carry player or a tank player and I think I’ve worked really hard to be able to do both. That’s something that I take a lot of pride in. There’s something really funny though. I read this comment, I think it was on Reddit or Twitter, I don’t remember, and what it said was “Licorice was the best in his first year on Cloud9.” I read that and [thought] “woah, that’s crazy,” because I have gotten so much better since I first joined C9. I didn’t consider myself the best at all during that time. I think briefly at the start of Summer I was performing the best, but other players were better by the end.

That was super crazy to read because I think fans like it when players get resources and are able to make flashy plays and carry the game because that’s what they notice. Even in my last game against FlyQuest, I could pressure so much more than I did, but Pantheon was missing most of the game, Trundle was missing on the top side of the map, so I just couldn’t walk up and trade, but the fans don’t notice that kind of thing. If I had my jungler there and I’m pressuring then they’re like “wow, Licorice is so good.” Otherwise, they’re looking at the CS difference and they’re like “wow, is Licorice supposed to only be up five CS here?” [Laughs] It’s just really hard, and the casters try to do a good job of explaining that kind of nuance for the average viewer, because I think that’s something that escapes most people, but obviously they’re not gonna catch it all. So at the end of the day I try to not focus too much on what the fans are saying, because I just don’t think they have as nuanced a view of the game as I do.

Hotspawn: I’m sure you guys view yourselves as not having much to worry about, but Team Liquid is biting at your heels in the standings. What kind of power rankings would you give for the top five teams in the league right now?

Licorice: I have no idea.  I’ve been pretty outspoken about saying that I think Team Liquid is our biggest rival and they’re gonna be the strongest opponent for us this split, but after that, I couldn’t tell you. I think part of its the meta where dragons matter so much. You’re kind of forced into these teamfights every five minutes where one team can get a lead and run away with it. And part of it is that teams aren’t very consistent right now so I couldn’t tell you.

Hotspawn: Alright well lastly, I was speaking with Hauntzer the other day about Lillia, and it brought up an interesting discussion about top lane champions. He was saying that he feels like there should be more mage carries in the top lane. What kind of champion do you think top lane needs right now ideally?

Licorice: Honestly I don’t know. I’ve been pretty frustrated actually with the recent top laners that they’ve released because it just feels like with every champion they release they have a more and more insane level one, two, and three. They released Sett, and Sett like beat up everyone level one because he has two auto attacks and he runs at you and he kills you. And then the next top laner comes and it’s Wukong and Wukong can beat Sett level one, I mean he could at first, now it’s like even-ish. But then Wukong was even more insane, he stacks his armor and health regen to 10 and beats you up. And now Volibear is here and Volibear beats them both because he just runs at you. I don’t know, it just feels so frustrating that all these top laners have all this insane level one kill pressure, and I think one of the reasons that Wukong is so blind-able is that the teamfight is strong AND his level one is really strong. So you kind of just get through the rest and then you show up in teamfights and you can’t really punish the pick that hard. So by releasing these insanely strong picks, I just feel like there’s less and less skill involved to top lane as time goes on, which is really annoying for me.

Cloud9 will face Immortals in week seven on July 25 at 4 p.m. PDT, followed by their match against Team Liquid on July 26 at 2 p.m. PDT.