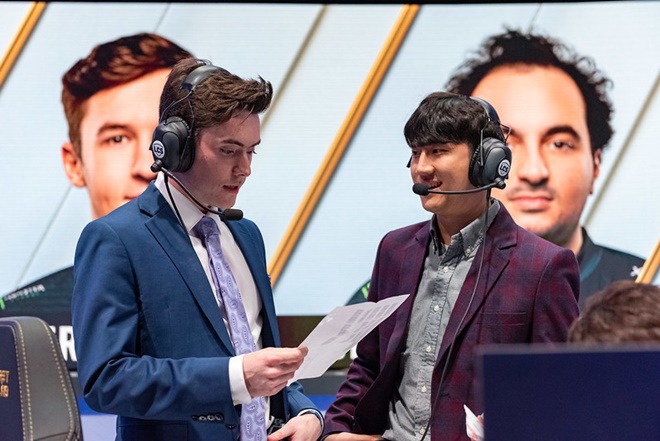 Evil Geniuses come into Summer with something to prove after ending Spring in third place. (Photo courtesy Riot Games)

Evil Geniuses’ rebirth into the League of Legends Championship Series for the 2020 Spring Split was nothing short of a statement. They took strong pieces from teams like Cloud9, 100 Thieves, and Team Vitality to assemble a star-studded lineup. Despite taking longer than expected to hit their stride in Spring, the talent-stacked roster managed to lock in a third place finish and narrowly miss a Finals appearance.

With their struggles from spring behind them, EG are feeling more confident than ever both in their play and their chances at winning a championship title. Hotspawn sat down with EG assistant coach Connor “Artemis” Doyle to discuss the team’s expectations for summer, new roster additions, and coaching environment.

Hotspawn: From your perspective as a coach, how did you guys climb out of your slump in the middle of the Spring Split to end in third place?

Artemis: We definitely had a slow start as far as our record is concerned. I think in our first four games, we started  1-3, so after Week 2 with that 1-3 start that’s where we started to receive a lot of the flack from broadcast and narratives that were seen. From the inside, we really weren’t stressing about our record at all. After Week 2 there’s still seven weeks left and nothing is even close to being decided so despite all of the storylines that you guys were hearing on the outside, internally there wasn’t much concern. We knew that we had three very distinct cultures coming in with [Bae “Bang” Jun-sik], the Cloud9 trio, and [Daniele “Jiizuke” di Mauro], so for us, we knew this was going to be a challenge and we knew this was going to be something that wouldn’t just happen overnight. Both me and [Heo “Irean” Yeong-cheol] trusted each other, we trusted the process, and we knew exactly what we needed to do to get where we wanted to go and we were not willing to rush it to get there. We took our time, we focused on the relationships and I think you saw the fruit of that come the end of the split.

Hotspawn: Do you think you guys are gonna take as long to ramp up this summer?

We don’t take any bullshit, quite frankly.

As far as how Huni is integrating with the roster, we do have a roster of seven where the [Heo “Huni” Seung-hoon] package is a Huni and [Matthew “Deftly” Chen] package. We don’t just put in Huni, of course, because of import restrictions. We’ve seen both of these units in practice and we’ve been able to use that to provide new perspectives to the players to motivate them, but also to motivate coaches and keep things fresh and keep the whole environment where we’re just focusing on challenging ourselves. I think that is the big one for EG in summer. I’m challenging my players every day to be better than the day they were before and we don’t take any bullshit, quite frankly. And they expect the same thing from us: they expect us to be working as hard as we can every day and doing everything we can to better ourselves and improve ourselves and they won’t accept any bullshit from us. That culture of accountability is something that took time for me to build, but it’s something that I’m very proud of that we have now.

Hotspawn: You said you were playing some of the best League that you’ve played. What do you think the lineup’s greatest strength is?

Artemis: I rarely speak in absolutes, I think it’s dangerous, but we do have many strengths as a team and one of them is our individual skill. I think we have some fantastic carry players. Jiizuke and Bang, I think, are best in class when it comes to carry mid and ADC. We also have fantastic teamwork. I think we have some of the best communicators in the league between [Tristan “Zeyzal” Stidam] and [Dennis “Svenskeren” Johnsen]. [They] both really carry us when it comes to our strategic direction when we’re actually on the field. Also we have one of the best rookies in [Colin “Kumo” Zhao]. He’s someone who has improved dramatically between spring and summer and Kumo is a very different player. I think everybody is gonna be excited to see the kind of League that Kumo is gonna show in summer and I think everybody is gonna be excited about the kind of League of Legends Evil Geniuses is gonna show in summer, too. 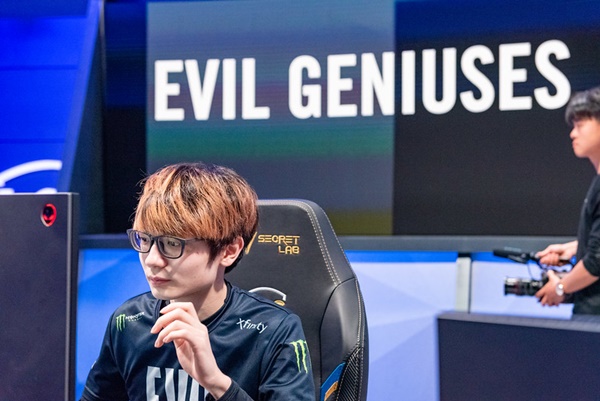 Kumo is arguably one of the best rookie’s of the Summer Split. (Photo courtesy Riot Games)

Hotspawn: Is there any specific player that you’d point out as a leader on the team, or someone who’s constantly stepping up to the plate?

Artemis: I wouldn’t single anybody out. I think that we do have a lot of player leadership inside this team, but everyone leads in different ways. I think that Bang, who’s a two-time world champion, is definitely going to lead differently than a rookie like Kumo, but both of them have the ability to affect the environment and affect the mood and practice. Kumo is a guy who’s working harder than anybody else, he tries to anyway, and that’s important for his teammates to see.

Hotspawn: My last question for you then – if Worlds representatives could be chosen, who’s going to China in the fall?

Artemis:  If I had to pick three teams, it’d be EG, C9 and TSM. I think that’s a pretty safe bet, and I guess that TSM is definitely the wild card for me. I’m just throwing them in there to put some pressure on them if anything. I think there should be high expectations of TSM with the roster they’ve put together. But I have big questions for TSM. I’m not sure if their personalities are gonna work together, I’m not sure if they have the infrastructure in place to support their players, I’m not sure what’s going on in their coaching and support staff structure, but I definitely have questions there. And also Team Liquid. They’re fighting with TSM for that third spot for sure and I think that they will kind of live and die on their teamwork and if they can come together and find a different identity than they had in spring because in spring we didn’t see any of that.

Evil Geniuses open with the first match of the League of Legends Championship Series 2020 Summer Split on Friday, June 12th at 6 p.m. PDT.