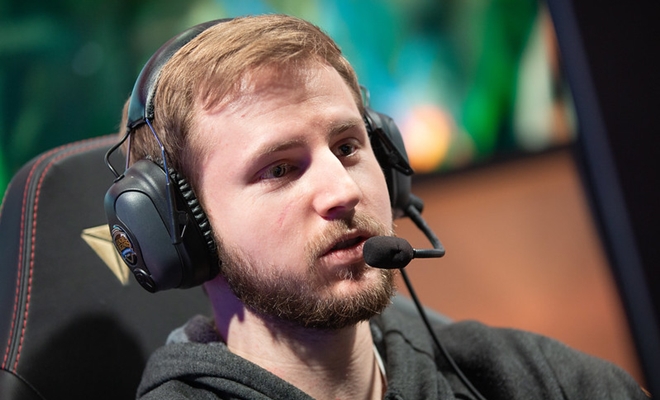 Solo spent the bulk of Spring bootcamping in Europe before FlyQuest picked him up. Now he’s considered one of the strongest top laners in the LCS. (Photo courtesy Riot Games)

Since joining FlyQuest, Colin “Solo” Earnest has been an anchor for the team, and was one of the biggest factors leading to their appearance at the League of Legends Championship Series 2020 Spring Finals. As Summer comes to a close, Solo’s feeling confident about his individual play heading into playoffs.

Following a crucial victory over Evil Geniuses on Sunday August 3rd, FLY is seated behind C9 and TSM in 4th place. We spoke with Solo about being under-recognized as a player and his feelings about the rest of the competition near the top of the standings.

Hotspawn: A lot of people were viewing it as one of the bigger matches of the weekend seeing how close you and Evil Geniuses are in the standings. Did you expect them to put up more of a fight?

Solo: I think they did okay. It was expected for us to win.

Hotspawn: You seem to have a lot of pop off performances on Sett. Is it an ideal pick for you guys normally?

Solo: I think the champ is just really good top and really good jungle. So when we got into draft we were thinking ‘where’s the best place to put the Sett’. That game, with the way the draft played out, it seemed really optimal to have Sett top and we get the Trundle. SO we went about that route. Heo “Huni” Seung-hoon is the only guy that plays Rumble and that’s for a reason. It’s kind of a snowball, teamfighting pick. Once it got to a certain point he just couldn’t lane and was trying to run around the map at that point. We knew that would be a win-con and played off of that.

Hotspawn: I want to ask you about your teammates. Last split people were saying that Jason “WildTurtle” Tran was one of the weak links on FlyQuest. Over the years other players have praised his game knowledge, what’s it like playing with him?

Solo: Turtle’s a pretty veteran and clutch guy. He’s played in a lot of big games and played for a long time, so you’re gonna get a really professional dude who knows what it takes to win games. I think the Brandon “Mash” Phan experiment was fine and I think Mash is a good player, but I think it just made more sense to go back to Turtle with how everything played out. I think we’re better for it and I think that having that experience definitely made the team grow as a whole.

Hotspawn: Well what do you think about your own performance this split? LCS awards are coming up and when you look at how other tops have performed, you’re pretty high up there. Do you think people are still underrating you? Where do you expect to land in the voting?

Solo: I don’t know. I don’t really think I’m that underrated nowadays, I think it’s pretty common knowledge where I’m at. At least from my perspective, I’m not surprised that I’m doing this well. I think, even if you look back to how I played on Echo Fox last summer, I think if I was a bigger name I would’ve gotten 3rd team All-Pro because my stats that year were really insane but I was kind of a nobody in a way. When I came into Spring and was playing really well, not really a surprise for me, and then to now, I’m not surprised that I’m doing extremely well because for me it’s been a history of this. For some people it’s a little bit new. I’m just glad that we’re winning games and I get to play for a team that’s going to accomplish something. 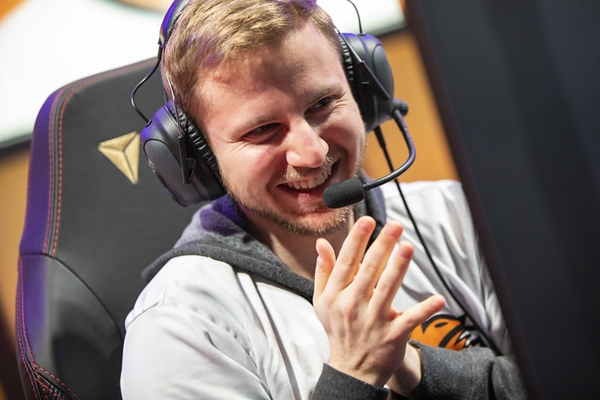 Given his individual performance this Summer, Solo is in the running to make the 2020 Summer All-Pro rankings. (Photo courtesy Riot Games)

Hotspawn: Interesting that you say there’s a history of it. I remember you had a pop off game on Gangplank last year and everyone was saying “wow, this guy might be really underrated,” but if you were on a team like TSM people would’ve been talking about you being one of the best tops in the league. That’s gotta be frustrating, right? Sometimes your own play won’t get you the recognition you deserve, your team needs to also be good.

Solo: I definitely care about being recognized for the things I’m able to do. But my whole career I’d say that I’ve always been recognized later than I should’ve been. I’ve always been a lot better than people think I am and it’s always taken me a bit longer than I probably should’ve in terms of reaching my goals even when I thought I was ready. That’s just how it goes sometimes. I always know that I’m gonna be able to accomplish this thing, it’s just a matter of time. Everyone has their own timeline that they’re given, so you just have to do the best you can and when the opportunity arises you gotta be able to match it. I think this year has been a really roundabout way of reaching those goals, but I’m super fortunate for the opportunities that I’ve been given so far.

Hotspawn: It has been paying off. You guys are sitting around 4th with that win now. I wanna get your brief opinion on being surrounded by Team Liquid, C9, TSM, and Golden Guardians in the standings. What do you think about those teams ahead of you? Do you think you’ll be able slip into top two?

Solo: I think we’re all kind of hoping that TSM drops a game next week and we’re able to win out so we can get 3rd, but I think that’s kind of a minor victory. As far as the other teams ahead of us go: I think C9 is the best team and probably our biggest obstacle because of how well they match up against us. I’m personally not that worried about TL or TSM because I think they’re really easy to draft against and I think their playstyles are predictable. TL is a really slow team who relies on the other team making a lot of macro mistakes. TSM is basically just how hard Søren “Bjergsen” Bjerg can carry. We have Tristan “PowerOfEvil” Schrage, the best mid, so I’m not really worried about TSM because we have the better mid laner. I’m not really worried about TL because we’re not stupid when it comes to macro. C9 are a really fast team and we’ve always had a little bit of trouble matching with them, but we haven’t played them since they’ve been slumping like they are now. It might be possible, but I think it’s a really open game right now and anyone can pop off in playoffs.

Hotspawn: You said you have a hard time matching against C9. What do you think of Eric “Licorice” Ritchie? I recently spoke to TSM’s Sergen “Broken Blade” Çelik and one thing he said was that he seems to die a lot. I spoke to Licorice and he actually thinks very highly of his own laning. Do you feel like you have an edge against him when your teams play?

Solo: I think Licorice is definitely the best top laner out of the other nine. I think he benefits a lot off of Robert “Blaber” Huang and his team and how they allocate draft resources. He’s definitely the most stable out of the group. At least in the recent matchups we’ve had against them from finals and the two matchups this split, I think I’ve done really well so I’m not really worried. In those games I didn’t feel like there was any real problem. I mean I haven’t really had a problem with anybody this split [laughs]. So I think he’s the best out of the rest of them.

It’s kind of strange for Broken Blade to say that I guess, I’ve never really thought that Licorice dies a lot. I think top lane is probably just one of the easier points of C9 to exploit because of how safe everyone else is. But Licorice has played really well this split and definitely has the stats to show for it, so props to him.