Broxah: “We Deserve to be Where We Are in the Standings Right Now” 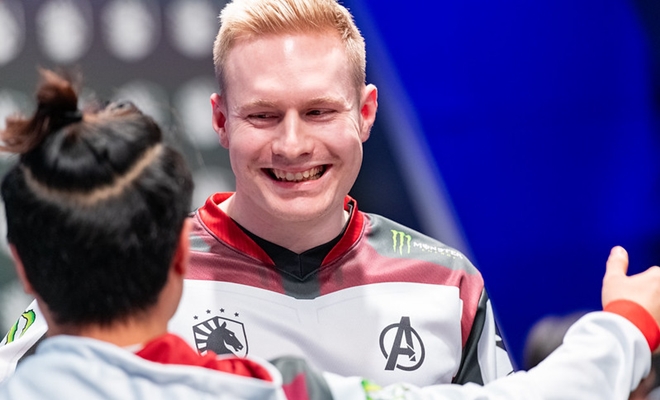 Despite Team Liquid’s shortcomings in Spring, Broxah is feeling optimistic about the team’s improvements in the Summer Split. (Photo courtesy Riot Games)

After visa issues delayed Mads “Broxah” Brock-Pedersen’s debut as Team Liquid’s new jungler in the League of Legends Championship Series 2020 Spring Split, the former Worlds finalist and European champion has been working to reinvent himself in NA.

Following an embarrassing ninth place finish in Spring, TL is now competing with TSM for second place in Summer. Despite the team’s new trajectory is a testament to their potential to win it all in Summer. We were able to speak with Broxah about the narrative around TL’s playstyle, and the ways in which he’s prioritized his mental health over the past few months.

Hotspawn: You guys have looked way cleaner than you did last week. Is there anything you worked on in particular throughout the week in your practice?

Broxah: I feel like most of all last weekend, and in general throughout the split, we had so many games where we put ourselves in a good position after the early game and then our mid game was really sloppy and our late game was pretty sloppy. Eventually we ended up in a position where we just gave the opponents too many opportunities to win fights and also take objectives. I gave up way too many Drakes, for example. So coming into today’s game [against CLG], we tried to focus on just playing the game the way we wanted to play it. We managed to secure some early Drakes, we managed to push our lead. We did throw once or twice but [otherwise] we were in control the entire game and I’m pretty happy to see that progress rather than constantly giving the opponent a chance to play the game.

Hotspawn: There’s been a lot of criticism of you guys being too safe in draft, which is typically what people say about Team Liquid. Do you personally feel like you’re too safe or shying away from riskier picks or do you think it’s all talk?

Broxah: There’s no doubt that we have been playing very safe generally speaking both when it comes to draft and in-game. Draft is one thing, but especially in our games we haven’t been taking as many risks or chances as other teams have. Our games have been pretty slow. That’s been the Team Liquid identity for years and it’s something that we need to continuously work on. Today (Saturday) was still a very slow game but, at the same time, it was slow in a much smarter and more controlled way than in the previous weekends. So when it comes to that, I’m at the very least happy with the progress in that regard.

When it comes to second place, I honestly feel like which team is gonna take that spot just depends on the day

Hotspawn: Jesper “Zven” Svenningsen mentioned on-air after beating TSM that he feels like TSM is clearly the second best team in the league. Team Liquid is currently in second place, but do you feel as though you’re the second best team? Are you worried about any other teams besides Cloud9?

Broxah: I feel like most of the teams in the league are just really inconsistent. It’s definitely fair right now to say that Cloud9 is number one, but when it comes to second place, I honestly feel like which team is gonna take that spot just depends on the day. All the teams fighting for that second place spot– us, TSM, [Evil Geniuses], and FlyQuest, have all shown some clean performances, but also a lot of sloppy performances. Most of all, I feel like the second place team at the end of the day is gonna be the team that finds that consistency. I don’t feel like TSM is better than us. I do see a world where they can beat us in a game, but right now with how we’ve been playing, we have a lot of potential to secure that second place and make sure that everyone considers us the second place– or ideally the first place– team. I’m pretty confident in us. We deserve to be where we are in the standings right now. 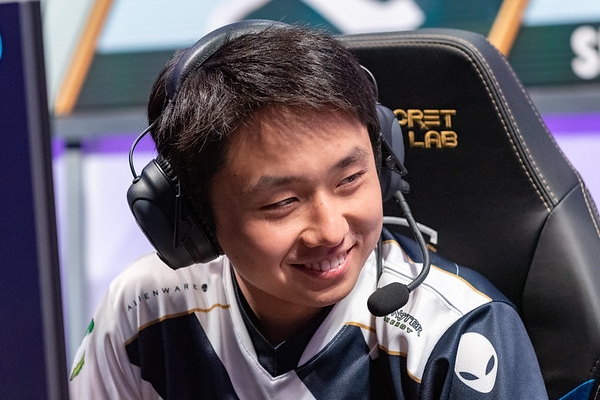 Shern “Shernfire” Cherng Tai subbed in for Broxah for t he first three weeks of the 2020 Spring Split while he was unable to play due to visa issues. (Photo courtesy Riot Games)

Hotspawn: So you’ve had a pretty weird journey in North America so far. First the visa issues, and then when you finally arrive in LA everything is locked down due to COVID-19. Have you been finding ways to try and enjoy the city and American culture in all of this craziness?

Broxah: This year has definitely been a really difficult one for me for a lot of reasons. I’ve also noticed myself being a bit more stressed and out of it than usual, especially during the Summer Split, because everything has been crazy for so long and that’s becoming really draining. So I’m currently working a bit with our sports psychologist on figuring out how I can approach this split in the best way possible so it doesn’t affect my performance so much. I have felt like some of my performances and how I play on a daily basis have definitely been affected by that. For me, right now, [these] have been some tricky months, but I’m trying to focus on all of the positives, the cool experiences, focusing on becoming the best version of myself and trying to continue improving day by day. Hopefully in the end. we’ll have a lot of success and it’s all going to be worth it.

Hotspawn: Is there anything that you’ve been doing personally to take the edge off and take care of your mental health?

Broxah: Something I’ve been trying to focus on these past couple of weeks, and even these past couple of months in general, is whenever I have a small opportunity here and there to speak to my girlfriend or friends and family back home I will take it and go for it. I feel like playing the game a lot is really important and investing pretty much everything into becoming the best player and jungler I can be is pretty important. But for me being here so long now and not really having much time with everybody at home with the time difference and everything, those small opportunities to catch up with everyone at home bring a lot of value and definitely help make me feel better and perform better. I’m trying to find the balance right now between grinding League of Legends and taking a bit of time here and there to do some of the small things that make me happy with that being the current main one.

Hotspawn: It’s great to hear you’ve at least been making time from work to focus on those important things. Back on the subject of the game, obviously a new jungler, Lillia, was announced. What are your first impressions from what we know so far?

Broxah: I’m always really excited whenever a new jungler is released. I have kind of limited knowledge on Lillia at this point in time. I’ve seen her abilities and read a bit about the champion, but most of all I’m super excited for the champion to come out and test her with my own hands to see how she feels. I hope that she’s going to be a strong jungler because she has a really interesting kit that I’m looking forward to.

Hotspawn: I think she’s going to fill a tank-mage role. Do you think a champ like that was needed in the jungle or is there another class or champion style that you would’ve preferred?

Broxah: I’m not sure if Lillia’s gonna be the typical champion that I would go for. If I were to design the champion myself, I don’t think that would be the kind I would’ve gone for. I like champions like Lee Sin, like Elise, just champions with strong early play-making that have a lot of tools that can push the game forward and have sick abilities that require a lot of mechanics to pull off. Maybe Lillia will be able to bring some of that, I’m not entirely sure, but at the same time it’s always exciting seeing a champion that’s different and can bring something new into the game so we’ll see.

Hotspawn: Lastly, I want to hear your thoughts on the state of Europe right now. Having lived there and played against all kinds of talent, how does it feel to see so many young players, like on MAD Lions and Rogue, performing so well? What are your thoughts on the young talent in the LCS like [Edward “Tactical” Ra], [Robert “Blaber” Hoang], and [Mingyi “Spica” Lu]?

Broxah: I feel like in Europe there’s a lot of young talent trying to take that chance to play at a high level. It’s hard to judge how many rookies there are that are ready to play in the LCS, but I am pretty happy to see a lot of Europeans getting a shot to play in the LCS and performing really well. Slowly it seems like teams over here are starting to realize that there are some good rookies in NA. Tactical, obviously, is performing really well so far and is a clear example of that. It’s hard to say what exactly is going to happen in NA going forward, whether it’s going to stay the same with every team having two imports or if people are gonna start trying to create some American teams or pick up more rookies and see how that goes.

I came in as a rookie myself on Fnatic and had a pretty good year. Now others are starting to showcase that they can do the same thing, and I think the more people around to make the scene competitive the better.