Broken Blade: “We’re Not as Good as We Were at the End of Spring Yet” 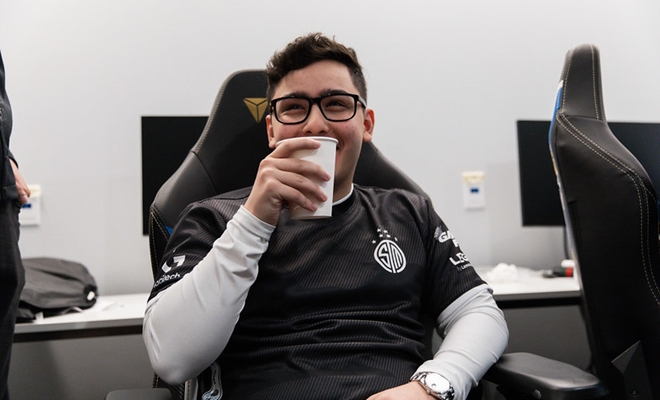 Broken Blade has been one of TSM’s most consistent performers since joining the team in 2019. (Photo courtesy Riot Games)

Despite a slow start to the 2020 Summer Split, TSM has finally started raking in some consistent victories. After their win against Golden Guardians, Hotspawn was able to catch up with TSM top laner Sergen “Broken Blade” Çelik, who spoke about how the new roster has been coming together and his thoughts on next week’s anticipated game against Cloud9.

Hotspawn: Can you walk us through your Renekton pick against Golden Guardians? You don’t play it too often these days.

Broken Blade: Honestly, Renekton isn’t one of my best champs. I just don’t have as many games on him [compared to] champions like Irelia or even when I played Qiyana in LCS. But I’m pretty confident in my Renekton now compared to a couple splits ago. He’s kind of in meta right now and blind pick-able with some setup bans. In this game we had a pretty good blind because we also had TF on our team and it makes more risky blinds les-punishing because you have the TF Ult pressure to give you an easier time.

We played really well around the lane, got a lot of leads, took Herald top, we broke the whole top tower and with my advantage I was also able to help bot lane when they were going for the dive. Everything was going really well in the early game, we had a lot of leads with our champions. The mid game was a little less clean– we had some mistakes– but overall it was still a good game at least.

As a team I think we’re not as good as we were at the end of Spring yet.

Hotspawn: Do you think you guys are starting to hit your stride as a team?

Broken Blade: I think we had a really bad start to the split. A lot of teams were ahead of us in terms of meta and play, but we’re finally catching up and we’re catching up fast. I think a lot of teams should be scared of how fast we can actually improve.

Hotspawn: So you’ve obviously had experience playing with [Lu “Spica” Mingyi] last year in playoffs and gauntlet. What do you think is the biggest difference between him then and him now?

Broken Blade: So the first time we used Spica, he was kind of opting into a playstyle that was already built up. He really didn’t have a choice or ability to change that play style or put in his opinions on how to play the game. This time around he was there from the beginning so all of his opinions, the way he communicates are easier to work with because he’s a very easygoing player. He’s very good mechanically and has a bright future I think. He has a lot of potential and we just need to make the best out of him. 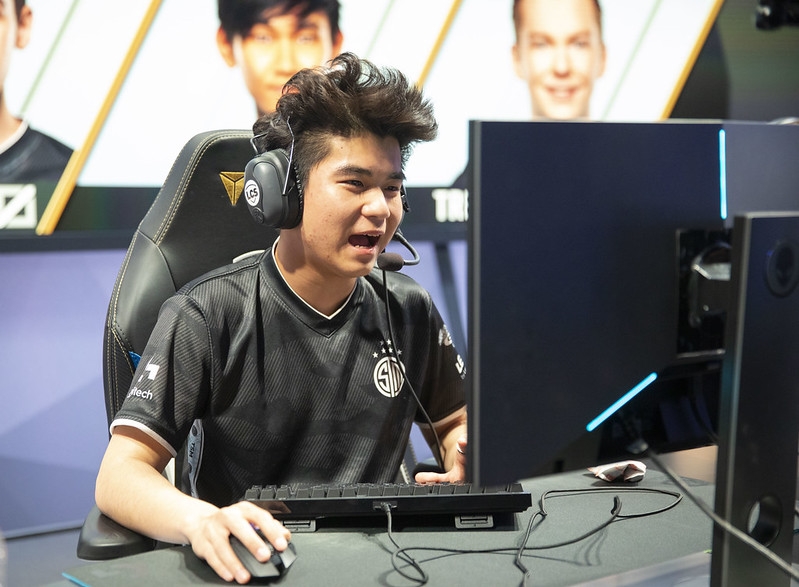 Spica was promoted from TSM Academy to LCS for the 2020 Summer Split after Joshua “Dardoch” Hartnett was traded to Team Dignitas. (Photo courtesy Riot Games)

Hotspawn: I remember in spring you guys were vocal about your goal to become a good team for summer and making Worlds. Obviously it’s a different roster now, but how close do you think the team is to surpassing its form from spring?

Broken Blade: I think there are definitely some points that I individually have gotten worse at. I’ve noticed the past couple of weeks, for example, I’ve been communicating worse than I was last split. Overall as a team I think we’re not as good as we were at the end of spring yet. At the end of a split you’re usually at your peak as a team, right? Right now I think we have to work a little bit until we know how everyone wants to play in every scenario, how we’re communicating. We are for sure getting there and I think it shows as well. The first week’s TSM and this week’s TSM are really different in terms of how we play. I’d really like to play against the top teams again like TL, FlyQuest and we’ll also play against C9 and hopefully it’ll be a really good match to watch because I think we can put them on a test against us. I really do think we are getting a lot better and if we keep going like this we’ll be top contenders.

Hotspawn: I remember [Yasin “Nisqy” Dinçer] said in an interview earlier in the split that TSM was still bad compared to other top teams. What do you think about public perception of the team going into summer?

Broken Blade: The first weeks we were scrimming C9 and losing every game, so that’s why they were thinking that. Obviously C9 is really good, but we had two new players and had to work on things again. We had to work with new players who had different ideas on how to play the game and get on the same page first, then start improving as a team. They obviously have the advantage because they have the same roster, but again I think we’re improving a lot.

Hotspawn: You mentioned that you feel like your communication is lacking. Do you normally have a specific role you play in the team’s comms?

Broken Blade: There’s no specific shotcaller on the team. If someone is being played around normally they make the calls. For example this game I was saying which wave we can dive, what we can do, then our bot lane is communicating “they can dive us, can we cover with TPs?” Usually there’s a made up plan by five people about what’s the best and everyone is trying to give input on what to do. I think everyone’s doing a pretty good job on that.

Hotspawn: Have you been learning from other regions lately?

Broken Blade: Obviously I’ve been watching EU and LCK a lot. I already played in EU before I came here, so I already know how good those players are like [Barny “Alphari” Morris], [Martin “Wunder” Hansen], and [Gabriel “Bwipo” Rau] and all these kinds of players. I just want to play against them again to show how much better I got. I think I’m constantly improving even though my communication got a little bit worse as I said. But it’s just a little phase, I’ll get back to it. I just wanna show that not only me but also my team is really good and hopefully I’ll be able to show it this good.

Hotspawn: So we’ve seen you play Riven on stage only once or twice. Will we ever see it again?

Broken Blade: I think Riven is just not the best champ. The reason why [Omran “V1per” Shoura] was playing Riven so much against Aatrox is because he found himself a pretty comfortable matchup to play and he was practicing it a lot in solo queue. But I thought there are many other champs that can do the same job but are easier to play. I think Riven is a champ that you have to play mechanically well to pull it off. I’m not saying that I’m mechanically worse than any other top laner or anything like that, but the time that you have to put into that champion is a lot more than the time that you have to put into other champs. It’s just such a mechanical champion to play, the better you play her mechanically the stronger the champion gets. I just didn’t see the value of it because you have limited time in terms of what you can’t practice and what you can in a day. I just chose not to do that and also I didn’t think she had great matchups.

Hotspawn: If you could have the team draft any champion for you in game, what would your ideal top lane pick be?

Broken Blade: Well, I’d really like to play Qiyana again, but it’s not really possible at the moment [laughs].

Hotspawn: So next week TSM will finally play Cloud9. What are your thoughts on [Eric “Licorice” Ritchie] as a player?

Broken Blade: A lot of people see Licorice as the better top laner because his team is winning more. But a lot of times when I was laning or playing against Licorice he got solo-killed in a lot of games. I’m not saying I’m necessarily better overall. We’re both pretty good. I’m not the type of guy who would compare other players but I think we both have our own strengths and weaknesses and it’s for sure gonna be a fun matchup. I really like to play against players like Licorice because there’s always so much to learn from these types of players. For example, when I’m playing against them in a scrim and they do something new, I’m thinking more about the game. Matchup wise there’s so much to learn because they’re playing the matchup to its full potential most of the time.