Jatt: “We’re Not Gonna Try and Be Cloud9” 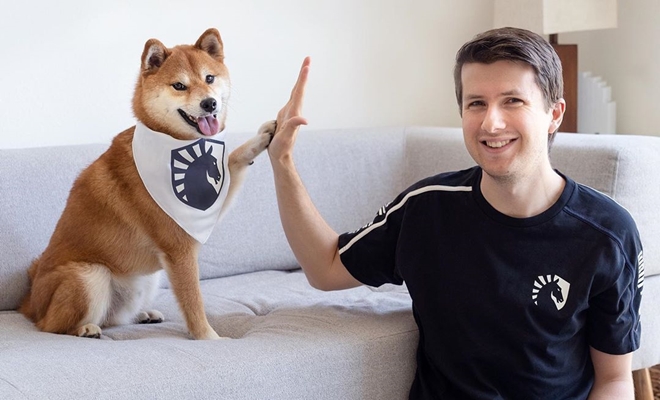 After taking the role of Head Coach a little over two months ago, Jatt’s Team Liquid boasts an 8-2 record in the League of Legends Championship Series. (Photo courtesy Jatt- Instagram)

Team Liquid’s biggest offseason move aside from replacing Yiliang “Doublelift” Peng with Edward “Tactical” Ra was their acquisition of ex-caster and analyst Joshua “Jatt” Leesman to be their new Head Coach. Despite his inexperience, he’s already succeeded in turning around the team’s blunderous Spring Split. Team Liquid is looking like the clear second-best team in the league following their recent 2-0 in week five. We spoke with Jatt over the weekend about his transition from analyst to coach and his thoughts on the team’s skill ceiling.

Hotspawn: How did you prepare for the coming week’s practice after Team Liquid’s shaky wins in week four?

Jatt: It’s a balance between trying to make sure we understand why we won the games, right? Because it was a sketchy week but we 2-0’d [in week four] as well. So trying to understand why we won the games and make sure we reinforce and continue to do that, and try and find the things that we want to focus on for the week. I’d say this last week of practice we tried to expand our champion pools and we put a large focus on how we play around objectives. It was a really hard week of practice to be completely honest, but we played really well on stage.

Hotspawn: What kind of team does Team Liquid need to become in order to win the championship in Summer?

Jatt: I’d say we need to become more consistent. If you look more closely at a lot of our games, we’ve actually had pretty good laning phases. We’re usually pretty good around first objective, first Rift Herald, and then we’ll make a couple of big mistakes that, against a team like Cloud9, will cost us the game. Against the teams that we played last week, luckily [they] didn’t cost us the game. And even today against Golden Guardians, there were some mistakes that possibly could have cost us the game against Cloud9. We’re still gonna be TL, we’re not gonna try and be Cloud9, but if we can get what we’re doing and continue to polish it I think that’s our best chance.

Hotspawn: What have you been using to learn and come into your new role as a coach? Anything like books or looking at particular coaches in other regions?

Jatt: It’s been a whirlwind. I think I’ve been doing this for only two and a half months, so I’m asking a lot of questions, for sure. I’m asking the players questions, I’m asking our assistant coaches questions, I’m asking [Jang “Cain” Nu-ri] questions. Then I’m also spending a lot of time watching other regions to try and at least predict what styles are strong, what’s corking and not working, and try and fit that into what our individual players’ strengths are. It’s a lot. I still have plenty to work on.

Hotspawn: I know you’re a big traditional sports guy. Have you been trying to emulate the styles of any sports coaches that respect or look up to?

Jatt: In previous interviews I’ve talked about how I was a big basketball fan growing up and obviously followed the career of Phil Jackson and have read some of Phil Jackson’s books. So the way that he tries to manage relationships and kind of unite people towards a shared goal is way easier said than done and you obviously have to change the way you communicate to each individual based on the individual. So that’s what I’m trying to do, in a sense. I’m trying to unite the team towards a shared vision that is hopefully a winning formula, but it’s just really hard. 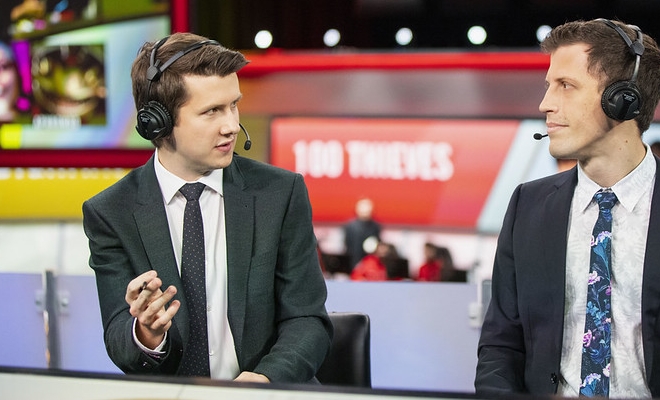 Jatt’s move to coaching is his second departure from the broadcast desk in his career since he announced his move to the balance team in 2019. (Photo courtesy Riot Games)

Hotspawn: Your players are used to seeing you on the desk and your job was basically to judge them with limited information and play to certain narratives for the broadcast. Can you talk about how you’ve had to adjust your perspective since being on the inside?

Jatt: One thing that has been really interesting to me is how little incentive I have to give opinions [laughs]. On the analyst desk, all I gave were opinions: “this draft was bad,” “this draft was strong,” “this team is good at that,” “this team is bad at that.” But even in our own drafts, if we have a bad draft or a good draft, or if the analyst desk says something that I agree or disagree with, I actually shouldn’t tell people that. Because then another team will be able to glean our champion priorities or be able to predict our drafts better in the future and that’ll decrease our chances of winning. So there’s so much context that I have internally on why I think even Team Liquid is succeeding or failing that I actively am incentivized not to share because it’ll decrease our chances of winning.  So that’s been really interesting to me. I’ll still watch the analyst desk, it is interesting to hear what they have to say, but I won’t give my opinion on it, so it’s just interesting. Some of it’s right, some of it’s wrong. When you’re with a team 60+ hours a week, there’s gonna be so much more than the 70 minutes of gameplay that you see as an analyst desk member. Just a totally different world.

Hotspawn: So China recently announced that they were banning large gatherings for sporting events which could potentially affect the World Championship. Nothing official has been announced yet, but has all of the uncertainty around COVID-19 affected team morale at all?

Jatt: Not that I’ve noticed, and I think the focus for us is still on the next opponent. So it’s the process of trying to be in the best position to win the split, and we’ll go from there. Because right now the goal is trying to win Summer.

Hotspawn: So recently we asked Broxah about how stress had been affecting his performance at certain times. How have you been working with players and coaching staff to help manage stress?

Jatt: It’s a constant challenge to try and be able to manage stress and make sure you’re focused about the game. I’m not sure exactly what your conversation with Broxah has been, but I’ve spent a decent amount of time talking with Broxah this week, TL has a sports psychologist, Jared, that he’s also had conversations with this week. We do everything we can to try and help them be ready to go, but I think a lot of times we kind of take for granted how difficult some of these situations can be. A lot of players who are international didn’t get to go home during the break between Spring and Summer. I know CLG, if you looked at [Head Coach Weldon Green’s] Twitter, he talked about [Kim “Ruin” Hyeong-min] who’s actually going home now in the middle of the split. These players, especially Team Liquid’s players, I’m really proud of them for being able to perform super well despite all of the actually unprecedented craziness that’s happened in the past six months.