Damonte: “2020 Has Been a Rollercoaster for Me” 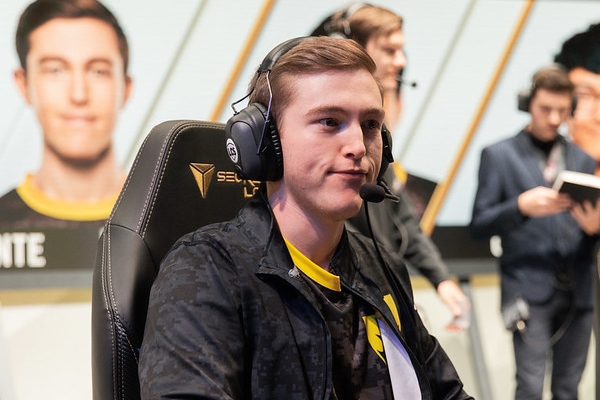 Damonte is no stranger to playing in the lower leagues. Throughout his career he’s spent time with Echo Fox Academy, Nova Esports, and even as a sub for Cloud9 Challenger. (Photo courtesy Riot Games)

After taking North America by storm in his miracle run with Clutch Gaming to qualify for the 2019 World Championship, mid laner Tanner “Damonte” Damonte found himself teamless before playing out the League of Legends Championship Series 2020 Spring Split with Team Dignitas Academy.

He made his return to the LCS in Summer with Golden Guardians, and the teams’ results thus far serve as a reminder of what teams were missing out on earlier in the year. We caught up with Damonte after GG’s win against 100 Thieves to talk about his rough start to 2020, his unique mid lane style, and some of the differences between Academy and LCS players.

Hotspawn: The last time we spoke was in Berlin at Worlds last year. At that time things were way different for you and you were with Clutch/Dignitas getting ready for the Group Stage. One thing you said back then was that you didn’t just luck your way into becoming pro; you’re here for a reason.

Hotspawn: Your year’s been pretty turbulent so far between going to Worlds and coming back to being teamless, then to academy, and now to a starting lineup again. Can you contextualize that for us?

Damonte: I’d say that this entire 2020 has been a rollercoaster for me because I spent the first six months of it in Academy. Honestly it was not something that I expected to do, but it’s something that ended up happening. So I’d say that it’s just been a lot of, I would say, ups and downs, because the first half of the year was not too great to me. But the second half of the year, I’m pretty happy with. The team I’m on now, we’re working hard to get better everyday and it just feels good because there’s a lot of progress. It feels good now that I’m here.

Hotspawn: I spoke with Kevin “Hauntzer” Yarnell the other week and he spoke about you a bit. He said you’re the ideal mid laner for a team…

Hotspawn: Why do you think he said that?

Damonte: So I think that the playstyle that I give to teams, and even someone like [Yasin “Nisqy” Dinçer] gives to teams, is that we aren’t going to often look like the superstars of the team. The reason for that is because we’re really focused on teamplay and getting our teams ahead. That’s a style of mid that you see pop up across the world, it just doesn’t happen in NA as much or even LEC. I’m sure the reason that he says that is because he’s used to playing with mid laners who like to take all of the resources and they wanna carry on their own, but I’m not exactly that player especially when I don’t think the meta fits it exactly that way.

I think my role on GGS has a lot to do with making sure my teammates are strong,

Hotspawn: So what’s your ideal champion to fit your playstyle if you had the choice in draft?

Damonte: Relating to that playstyle, you could say that Galio fits it the best. You’re seeing worldwide right now that Galio is the champion to play right now when you don’t really want to give your mid laner resources, but your mid laner will still be useful.

Hotspawn: Would you say the role you play within Golden Guardians is to be more of a facilitator that keeps plays going then?

Hotspawn: I mentioned a bit earlier, but you guys have been pretty sleeper this split. I think you’re hovering between 5th and 6th place right now. Do you think you can start creeping into playoff bye contention? Did anything spur on the team’s improvement?

Damonte: Ever since I joined Golden Guardians, there’s been a lot of drive in the team, it wasn’t something that I came in and gave to them. This team has a lot of young-ish players, roleswapped players, and just people who really want to prove themselves to be good players again. Everyone is really motivated here which feels insanely good to play with. I don’t feel like anything happened recently. We only had a week of practice before the split started as a team, so now we’re like two months in and I feel like we’re still improving everyday and it feels pretty good. 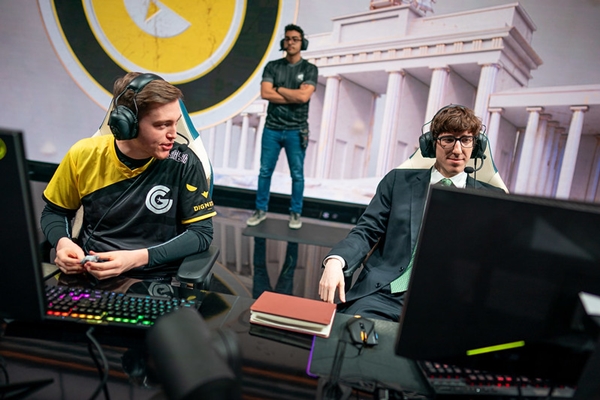 Despite being placed in a difficult group at the 2019 World Championship, Damonte impressed viewers with his confident play. (Photo courtesy Riot Games)

Hotspawn: What’s it like working with Nick “Inero” Smith as a coach?

Damonte: I love working with Inero. I worked with Inero before on Echo Fox and I enjoyed it a lot back then and I feel like now it’s even better. Back then I was like 18 or 19 years old and he was like 22. Now it’s a bit different of a dynamic because we’re both older and more mature, so it’s a really good work environment that he creates.

Hotspawn: Inero’s been one of the more vocal people about developing talent in NA. Having been in Academy for a bit recently and also having played in LCS, what would you say is the biggest difference between playing for Academy and LCS from an individual standpoint?

Damonte: I would say the individual skill in Academy is not even that much different than LCS. I think the biggest difference between the two leagues is the game pace in Academy is really slow. There can be nothing happening for a long time or no plans happening from either team. When you get to LCS there’s always something going on, always something happening, and the games are much faster. I think you’re seeing a lot of players come up to LCS and do pretty fine from Academy and if anything I’d love to see more Academy players keep coming. There are some Academy players that are individually better than LCS players for sure.

Hotspawn: What do you think can be done to get people to start noticing that a bit more? David “Insanity” Challe and Kieran “Allorim” Logue, for example, have been around for a while and they’re just now getting a decent shot.

Damonte: I think everything that’s been happening in 2020 is a huge win for Academy players because so many players have been getting a chance on stage and they’ve all been doing pretty decent. I think we’re already going in the right direction as of right now. But I do think that it takes a long time to get to LCS and people should not think that they can go from Academy to LCS in six months or a year. Even for me, I played Academy for like three years before playing LCS.

Hotspawn: That’s an interesting point, because I’m sure you’ve heard about Poome who’s only played LoL in general for like two years. His situation has got some people questioning if we even need Academy and thinking that some players might be ready from the get go. What you said makes that seem like a huge overreaction.

Damonte: Yeah for sure.

Hotspawn: What do you think some of these players are missing who aren’t LCS ready?

Damonte: I wouldn’t say a lot of the Academy players are missing much when they come to LCS. It really depends on what team you get brought up to. A big thing for the Academy players that come up is if you have the ability to learn under a veteran. For instance, Edward “Tactical” Ra is learning from Jo “CoreJJ” Yong-in and this guy already looks like a huge beast in the LCS. For me, [Heo “Huni” Seung-hoon] really taught me a lot. It’s really important for these Academy players to get the chance to learn from a veteran I would say.

Damonte is no stranger to playing in the lower leagues. Throughout his career he’s spent time with Echo Fox Academy, Nova Esports, and even as a sub for Cloud9 Challenger. (Photo courtesy Riot Games)

Hotspawn: So shifting gears, they just revealed Yone and his abilities. Have you gotten a chance to try him out or learn about his kit at all?

Damonte: I’ve watched some highlights, but I don’t really know anything about it.

Hotspawn: Well he’s basically an assassin with some teamfighting elements in that his Ult has a knockup.

Hotspawn: Is this the type of champion you like to see come into the game? Are people going to want to play him in pro?

Damonte: For me, I really love when the flashy champions get released because it takes a while for players to get really good at the champions before they actually get played on stage I would say. The really mechanical champions, that is. Pros won’t pick them up because it takes a lot of time to learn a new champ in the middle of the season. I think it’s a good thing to bring out because the players who adapt first will be able to just win games off of that. For instance with Qiyana last [season] or even the newest champion right now, Lillia. This is a champ that’s released now and it’s going to be enabled for week nine of LCS and if any players are already putting in work on that champ it’s probably gonna be a huge bonus for their team coming into week nine.

Hotspawn: I’ve been feeling out everyone’s thoughts on her and a lot of people are saying she’s more of a top laner or will probably end up that way. Not sure if you’ve gotten to try her at all.

Damonte: I played it mid a couple of games now and I don’t have enough games to really tell, but it seems like it really excels at roaming and running around fast from its passive.

Damonte and Golden Guardians’ next match will be against first placed Cloud9 on August 1st at 2 p.m. PDT.